Is this the norm

I think that you have answered all of your own questions there. The only thing that i can offer in addition is the the system gets a lot slicker if used regularly. I presume that you've done the obvious stuff like checking oil. Other than that it sounds like it's operating as it should. use it and it will all engage more easily.

There are two switches on the Transfer Box (three if you have an auto-gearbox). These have a sprung plunger that drops into a notch on the two selector shafts when you are in :

The switches are therefore normally in their compressed (open circuit) position.

As Chris says, if you don't exercise them from time to time they can become sticky and probably the contacts get oil on them.

The two switches can be seen high-up on the box here: 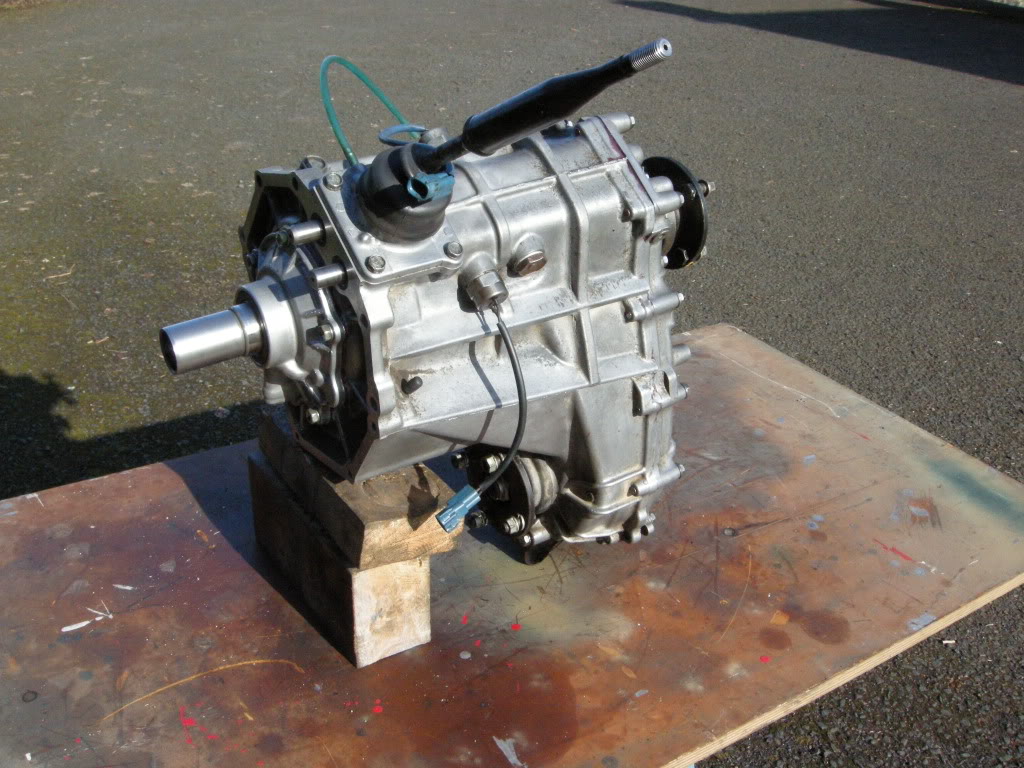 There is just one more thing to check though - if the switches have been disturbed / removed and have new alloy sealing washers, just make sure that they are not screwed in too far or they won't operate properly.


When you engage the centre diff, the light is triggered by the lever position whereas the selector is sprung-loaded and the diff lock will only operate when the gear teeth line up and the system isn't under load. Just back off the throttle a bit and it should drop in. The light doesn't mean that its engaged (yet).


When engaging the rear diff lock you have to be in low ratio. When you do this the Diff Lock ECU disables the ABS and the ABS light comes on. The switch in the transfer box tell the ECU that low ratio has been engaged. This is not sprung and you can feel it going in through the lever. The book says 5mph or less if my memory serves. This has to be done before the difflock switch is turned.

Engaging the rear locker activates the motor in the rear diff and there is another switch on the diff that detects the locker's selector moving. This is also a sprung set-up so again, won't engage until everything is relaxed and lined-up. The Rear diff lock light is driven by the rear diff switch, so will cause the light to flash until its engaged. Its quite normal for the light to flash for a bit until the locker engages.

Four switches and a computer to 'help you' . . . . Too complicated by half

Thanks for your replies Chris & Bob

Sound like an excuse to get off road to me

the wife just walked in

but thanks a picture conveys a thousand words Not a pastime I'd recommend