Can't decide which way to go with this, so I'll leave it in the lap of the gods... My 80 will be up for sale end of Feb (it's being used for a holiday last week in Feb). I don't want to end up with a drive full of vehicles...so this either sells and a change of plan goes ahead, or I keep it and stick with things as they are.

As is the story for a lot of us, I pick things up, spend considerable time and money getting it just so…then plans change and I start over again! So…..It’s not a pretty shiny thing, so if that’s what you’re after, look away now. But it is my very reliable everyday transport, and I wouldn’t hesitate to load it up for a RTW trip tomorrow. It’s just completed the NC500. Great memories and pictures.

300 amp inverter. Not fitted at moment but included in sale

Hannibal 2.2m side awning with 270 degree cover. Top cover getting quite worn, sides almost as new.

1x 20 litre water jerry can. Sterilised and unused since

Fixed rear cargo area/shelf, Which converts into a full size bed comfortable for 2 six foot people. The bottom part of the bed sits on top of the upper part, and is clamped down securely. The straps for these hold down the mattress, but have a massive range of adjustment for tying down extras. A Vango comort 10 inflatable mattress (more comfortable than my own bed) is included, which has had very little use and always a double protective cover, so as new.

A centre console rear extension which holds up to 4 drinks/travel mugs, plus a lower section which is perfect for my first aid kit and a few DVD's...

2x flush mount LED lights mounted to interior of top tailgate, which light the rear work area. This is operated by a lit rocker switch so it can be found in the dark when the tailgate is opened. Believe me, it helps….. and there’s an additional waterproof 12v socket next to it. The water pump and air rocker switches are also located next to them.


A cast iron 2 ring stove, roof rack mounted propane bottle with new regulator with gauge, and new 5 meter gas line which can be used to the rear or side of the truck without ever taking the bottle off the roof are also included. So it really is ready to go. We generally need a bag of clothes, food, pans/plates/utensils, fill the water tank, and…..you’re off.


New wiring has recently been completed over the whole system. 2.5 to 6mm wire with protective conduit was used throughout. Overkill maybe, but I like to be on the safe side with my electrics. There is a 4 way LED fuse box immediately from the National Luna leisure battery. Sheathed 6mm wiring runs from this to a 6 way LED fuse box at the rear which runs the interior LED lighting, air compressor, fuel pump, and 12v socket. 6mm sheathed also runs to a 10 way LED fuse box at the front which runs the roof lights, accessory sockets, reverse camera, stereo etc. This means everything is wired to the leisure battery, and can be used anytime without putting a key anywhere near the ignition. And best of all, the DVD stereo has a remote, so you can switch it off after watching a film without having to get out of bed! Happy days.

Possibly others, not ripping everything out of packing to check!


The injector pump sprung a leak (25 year old seals…) and was rebuilt a few months ago using all new seals, so should be good for another 25 years hopefully.

The all important big end bearings where done just 900miles ago! with new bolts of course sourced from Amayama (twice the price local Toyota? really?) Then a new genuine filter and I use Fuchs titan ultra fully synthetic.

Drive shafts front and rear have been removed, cleaned and greased, and new UJ’s all round just a few weeks ago too.

There’s a folder full of receipts for loads of work carried out including front axle rebuilds etc.

It needed some welding done at back of the front arch for the last MOT, which has been carried out professionally and is now solid. The places where they normally go on the back end are solid and need nothing done for a change. Probably because it’s seen mostly hot and dry places and not so much mud…. The arches have had another recent coat of Dinitrol 445, the underside in places has Dinitrol 3125 anti corrosion.

It also needed horn sorting for MOT, which was fixed by unplugging it and then plugging it back together…..worked fine ever since of course.


It has the usual 25 year old truck ‘to do’ list…….stuff I never got round to as other stuff took priority. But we all know they’re never finished anyway…….

Needs a front drivers side door stop strap - Never bothered me, I just always hung onto the door and didn’t let it open too far.

A crease in the bottom of the drivers door – again, didn’t bother me. Still closes and seals fine.

Will need exhaust mid and rear sections replaced before next MOT. Cheap and easy enough. Leisure battery is getting tired too so could do with replacing.

Has the usual leaky windscreen….it’s been taped up since I got it, and it’s been in almost continuous use so I haven’t had a chance to sort it. That was going to be next summers priority. It was dry, but recently started leaking a little on passenger side. I piled more tape on top, which seems to have stopped it for now.

A few rusty spots in usual place along bottom of tailgate window. Still solid, but will need sorted at some point.

Fuel gauge doesn’t work – (all the other gauges do) It has the auxiliary tank, so I generally fill them both, I get around 360 miles to a tank before fuel light comes on, then switch on the aux pump and use it as a reserve.


So… overall a great truck I’ll be sad to see go..if it does go. I’m not desperate or in any hurry. I’ve spent a few quid on it, and a whole lot of my time, so £6500 no offers doesn’t cover it (and I’m sure a lot of you have been there done that before…!) but that’s what it’s up for. I’m next to impossible to get hold of on the phone, so message if you're interested in buying. 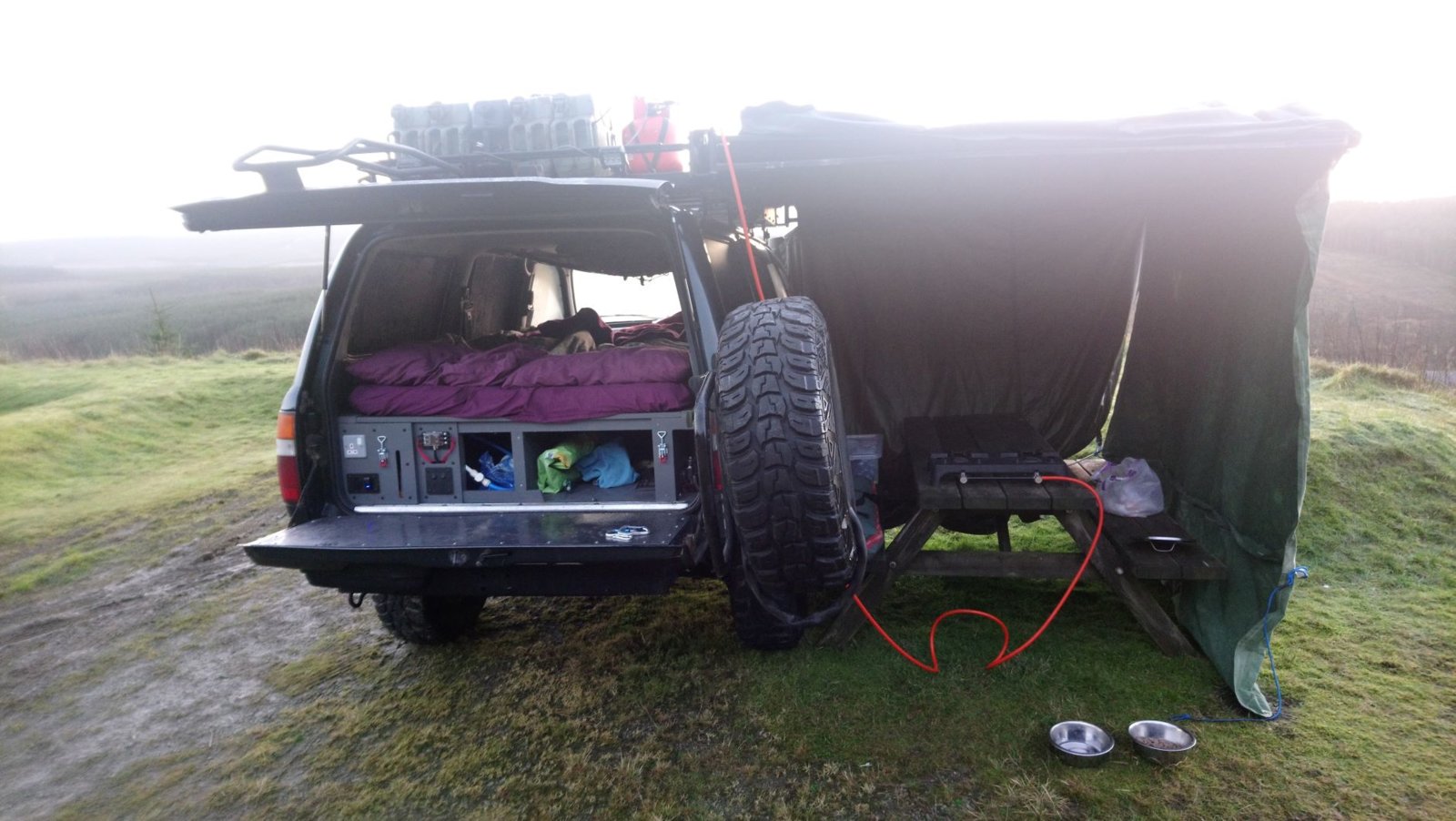 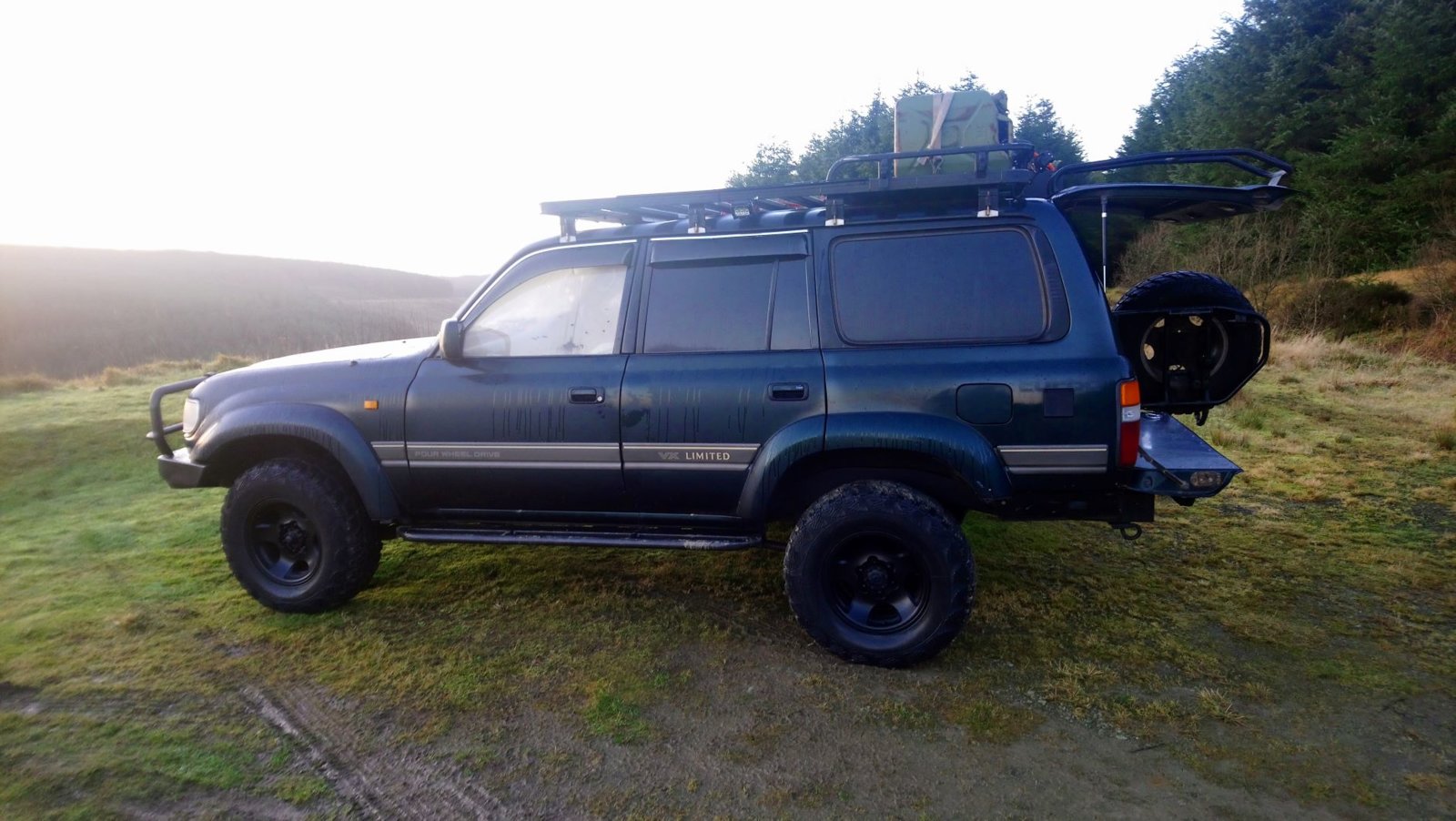 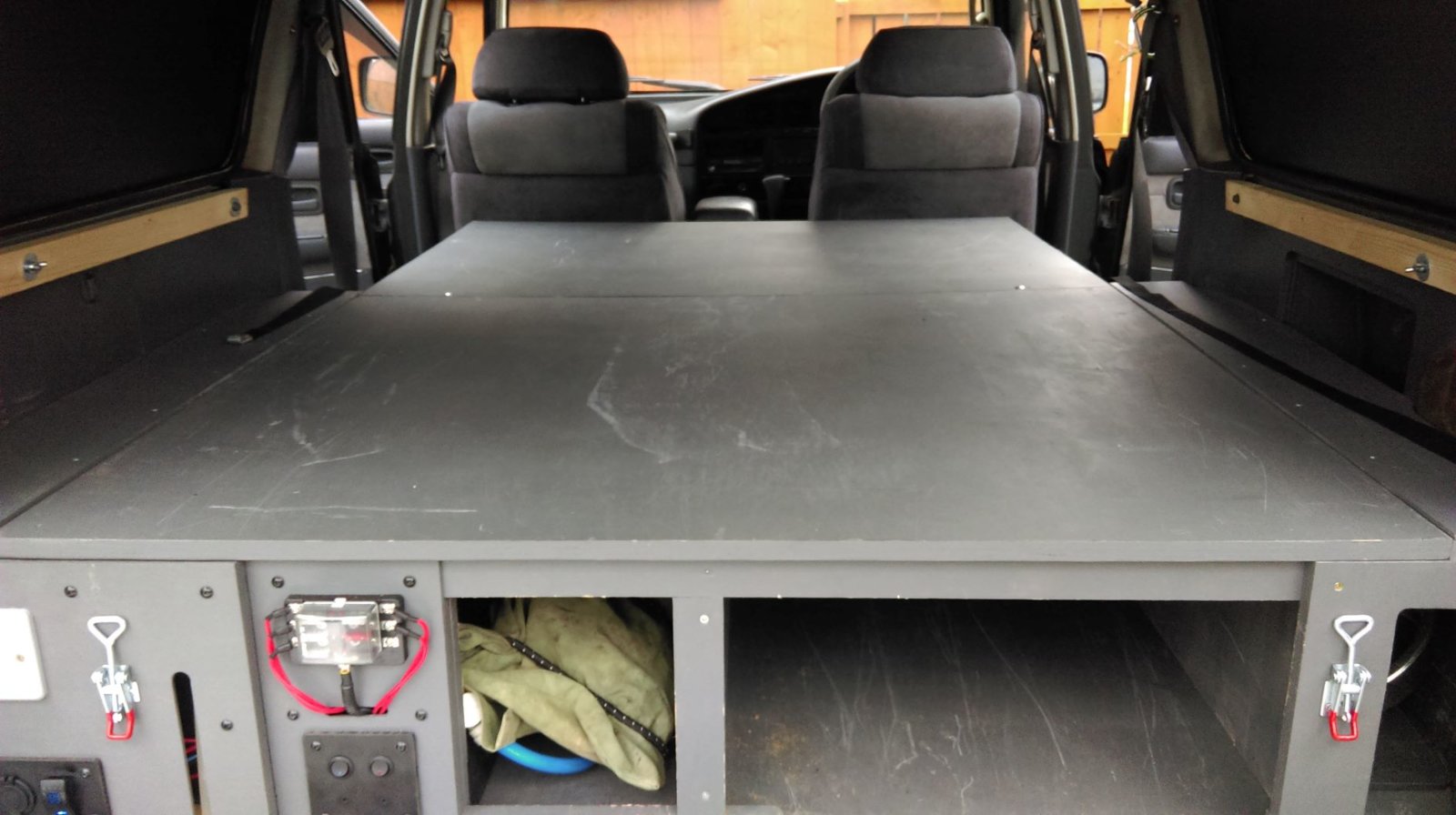 Not a bad price at all.

That looks a nice fit out.

That's an excellent buy for someone, you'd pay that for a decent standard 80! I doubt you'll need much luck with this sale haha

great price.
love the in car cinema!
sit on the second row with your popcorn and beer in the custom made centre console.

Bargain that should get snapped up pretty quickly
Don't like the adverts?  Click here to remove them
You must log in or register to reply here.