I have a 1997 HDJ80, 1HD-FT. Currently I’m in the process of having an intercooler fitted, followed by a stainless exhaust and then I want to upgrade the brakes.

1/ Should I have the side exit exhaust system manufactured from 2 ½” of 3” pipe?

2/ I have been looking around for some information on brake upgrades, grooved disks, better pads and wire braded brake lines without much luck. If you guys have any links or suggestions please point me in the right direction?
A

No expert but would have though 3 inch will give more gas throughput which is good.

i had Julian fit grooved disks - my original one were too thin. Been very pleased with them. Lots of stop and dont seem to overheat.

A had a 2 1/2" side exit simply because it was far cheaper than the 3".
I don't have an intercooler but would be quite happy to use one with the present system.
Only one box and straight through at that.

They say it will be fitted in 1 day, if you get there early.
Chas

2. As for brake upgrade. I can recommend DBA slotted rotors (don't know if you get them on the island 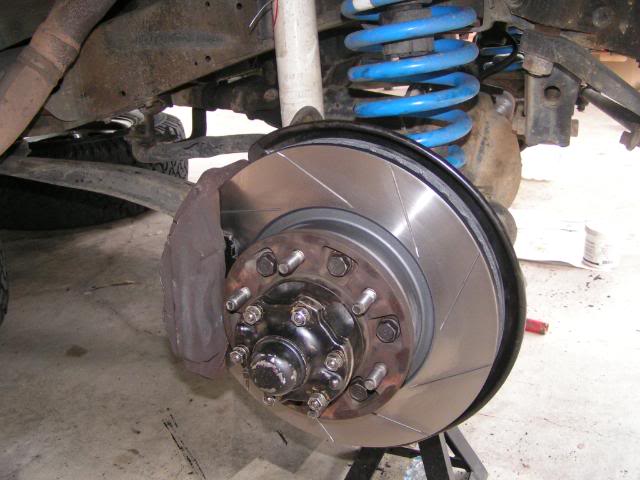 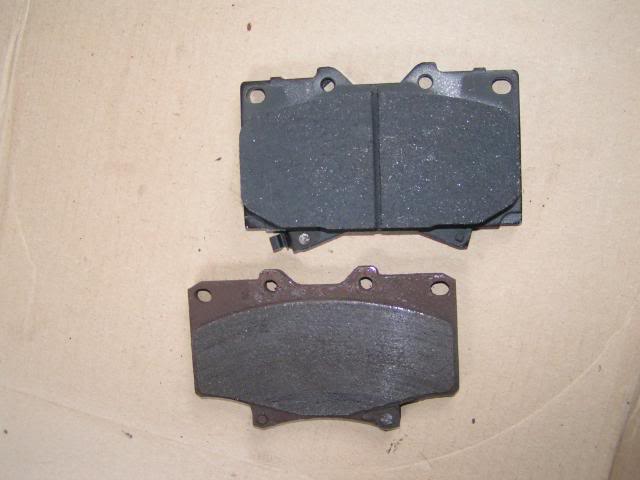 Ahh - my day is made. A South African posting 80 series advice on the European Cruser forum from Aussie-land

Nice to see you here, Andre

Ok thanks for the replies.

It looks like a trip to Pro Speed Exhausts for a 3” system, and a set of DBA rotors. The DBA web site has European dealers, so it’s looking good.

I will look forward to seeing the photos, and hearing your comments on noise levels.
I’m not booked in till mid May.

Looks like I'll have to get on the phone to prospeed as well
Though I may wait till Ive seen some piccies & heard your comments about noise levels!

Andy said:
Looks like I'll have to get on the phone to prospeed as well
Though I may wait till Ive seen some piccies & heard your comments about noise levels!

going to second Pro-speed- i'm going to stick my neck out here and say that i probably have the oldest pro-speed exhaust system on here- almost 3 years old now- its been off roaded, overlanded, all sorts of bits and bobs and its not rusty, nor cracked nor brittle.

Veyr happy with the work charlie did- and with a 2.75" pipe rather than 3" (i only have a very short pipe which doesn't exit out of the side or rear but points down underneath- only problem with this setup is that it covers the rear actuator in shit!) i didn't lose too much back pressure, so its still powerful and efficient.

if you go too large with the diameter, whilst the turbo will spool up sooner, you will find that you will lose some efficiency.

i only have one silencer (which isn't the largest) and its a teeny bit droney on the motorway without any music on- having said that its been driven down to Morocco and up to russia so it can't be that bad!

Andre Bosch said:
2. As for brake upgrade. I can recommend DBA slotted rotors (don't know if you get them on the island

Do the 105 series front pads fit the standard calipers? Need some new pads after redoing the seals on the front calipers so would be a good time to change.

i didn't lose too much back pressure, so its still powerful and efficient.

if you go too large with the diameter, whilst the turbo will spool up sooner, you will find that you will lose some efficiency.

How important is back pressure, I thought that was only with two strokes? I stand in ignorance here , please put me right if I'm wrong

Richard Jackaman said:
[quote="Andre Bosch":4tl9wmxh]
2. As for brake upgrade. I can recommend DBA slotted rotors (don't know if you get them on the island

Do the 105 series front pads fit the standard calipers? Need some new pads after redoing the seals on the front calipers so would be a good time to change.

100 series pads fit straight in with a bit of a fiddle. Larger braking surface so last longer for the same price ish.
I am on my second set now and have had no hassles although both my front discs are bu**ered and need replacing now.
Not the fault of the pads I might add, just me being too poor to replace them.

My discs look newish but, because of 3 siezed pistons, one of the pads has worn at an angle so needs replacing.

When you say a bit of a fiddle, do they need modifying or just persuading to fit

Just persuading the first time. Second time around they go in just fine.
No angle grinder or anything so drastic and the pin holes line up perfectly. I was told that they don't give you any extra breaking power but they certainly last longer.
The pad surface is bigger so it will eventually wear a slightly larger surface on the disc, only by a mm or so. I want new discs with new 100 pads so I start as I mean to go on.

pugwash said:
if you go too large with the diameter, whilst the turbo will spool up sooner, you will find that you will lose some efficiency.
Click to expand...

Hmmm, I have been planning my 3" zorst for sometime now.

MUX currently has no zorst after the braided flexible... It dropped off a couple of weeks back & there is a difference in power - its certainly quote a roar where you tramp it through the Colwyn Bay tunnels on the A55

The pipe that comes off the turbo is Ø? diameter but it is certainly smaller than the 3" pipe... If the 3" pipe fails to provide sufficient back pressure, could I not just introduce another baffle later in the system to assist?

I have purchased a 3" flexi as I thought that, from previous reading, the turbo didn't rely on any back pressure... Clearly from my current 'short' zorst, thats not the case but many people have fitted 3" without complaint. Hopefully when I get the tube on, normal service will be resumed...

Why all the fascination with back pressure? It seems most of us are talking about diesel engines and turbo diesels in particular - diesels are limited by the relatively slow flame speed in ignition which means that they struggle to rev compared with a petrol engine. Add the fact that diesels rely on compression ignition rather than a spark, so diesels have higher compression ratios -> more robust pistons and head (=heavier parts) and usually a longer stroke all means they rev slower.
Scavenging the exhaust gases from the cylinder is not a major limitation in diesels but can be an issue with petrols, especially to prevent pre-ignition ("pinking").

Thus high performance petrol engines often have the exhaust headers tuned to harmonise the pressure waves (created by the firing & exhausting of each cylinder) and by achieving harmonic motion of the pressure waves, a "negative" pressure wave is used to help scavenge exhaust gases from the cylinder.(think of the tangle of headers on the engine of an F1 car, all designed to be equal length and the right length to "tune" the exhaust gas scavenging). Without making this long story any longer (and boring all of you who know this better than me ) a diesel does not really need an exhaust at all for engine performance but a petrol does.

But put a turbo on the diesel's exhaust system and the flow of exhaust gas does become important again. Remember that gases flowing down a pipe are slowed down by friction on the walls of the pipe. The freer the flow of exhaust gas (i.e. the lower the friction losses and thus pressure drop), the faster the flow of gas. The faster the gas flows out, the faster your turbo spins. The faster your turbo spins, the more air it can pump on the compressor side. More air pumped into your engine means more power

The spooling up of your turbo means that the free flow exhaust will make your diesel more responsive at lower revs (less turbo lag). At high revs, there is so much exhaust gas flowing that the wastegate is probably spilling gas, so the biggest exhaust won't add much top end power unless you play with the wastegate setting and up the boost pressure. You do this at your own risk/peril

So in conclusion, forget about back pressure and just get a bigger diameter exhaust to reduce the exhaust pressure drop. Before you charge off and get a 6" exhaust, remember that as you increase the exhaust diameter, the amount of pressure drop reduction (freer flow) you get drops off and the turbo itself becomes the main source of restriction to flow. You could probably find a diesel expert who could calculate the optimum exhaust diameter for the 4.2TD - my guess is that going much above 3" is probably increasing your cost out of proportion with any gains

Excellent write up - thank you.
You must log in or register to reply here.