I replaced both front and rear actuators about 18 months ago with genuine units. To be more accurate, I went to a local mechanic and handed him copies of the relevant pages of the Service Manual.

Both worked to begin with, but I noticed about 6 months ago, the front wasn't engaging. That worked its way to the top of the maintenance list, and I set about diagnosing that at the weekend, starting with the requisite forward & reverse in tight circles on the gravel. During the process, the bloody rear locker got stuck... locked!

A screechy ride home and removed both units. Once I'd released the mechanism I noticed the sensor harness was hanging, and the plug had broken clean off the diff lock sensor. Now I've reattached the sensor, it appears to work fine (connected to the harness but not the diff housing). So (Q1) am I right in thinking that without the sensor, it thought it was already unlocked, and therefore wouldn't unlock? Or do I need to investigate further?

As for the front - I don't trust the installation. It never worked as well as it should have and I suspect there was a clocking problem, and further, one of the 3 bolts that hold it in wasn't there! But I opened up the actuator casing to check for potential problems before reinstalling, and to my surprise, there was all manner of crud and evidence of water inside. The seal was fine, so I can only imagine it seeped in through the breather tube when I was bog-snorkeling. So (Q2) is that normal?

Can anyone point me to a better walk-through for actuator installation than the WSM?

Finally, I've been through the Amayama parts catalog trying to find a replacement bolt and seal, but they aren't listed. Can anyone help me identify these parts, or find alternatives? It shows one of the bolts, but the other two are different (or at least they are on mine - was it botched later?) 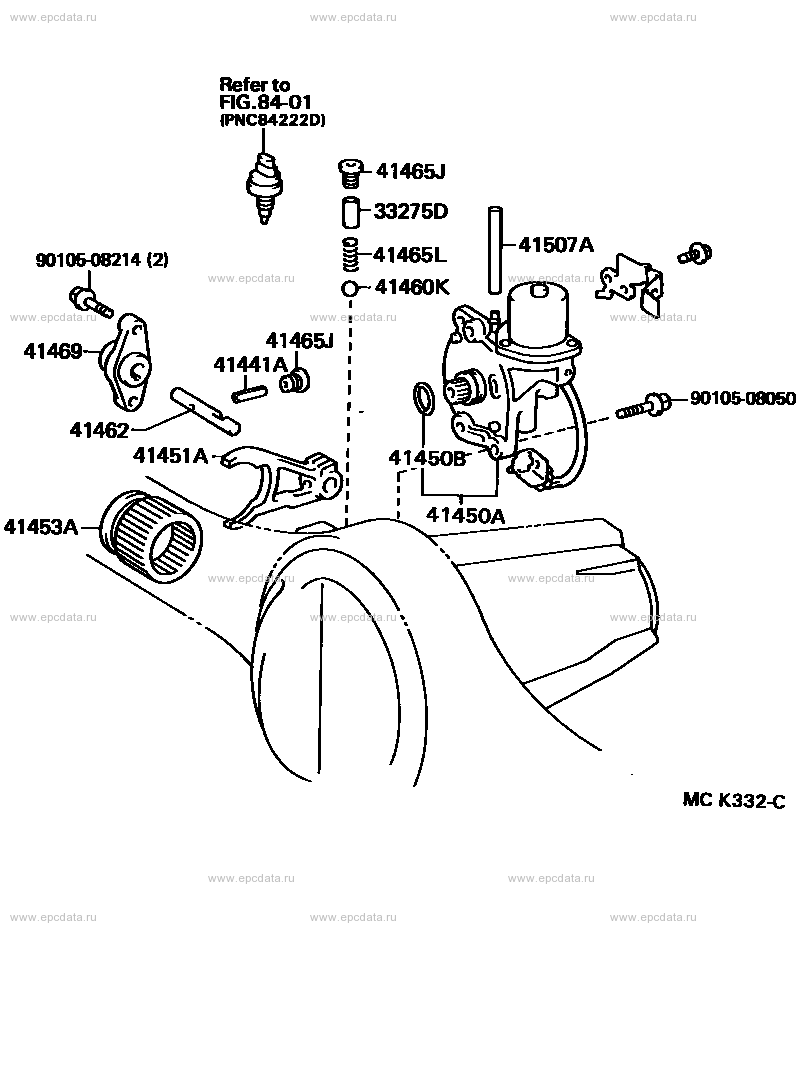 B
My 1999 100 series blew front diff pinion and crown. How do I check diff lock system?