Hi All, Looks to be a relatively informative site. Am looking at purchasing a 100 Series Land cruiser and find there are a fair bit of price differences and condition on what is currently on offer (Perth WA). After reading some of the posts I though it may be very worth while to join and ask those who know about these vehicles. Although a lot on information on the internet there is also a fair bit that could be regarded as conflicting.

Consideration would to an unmodified, presentable relatively rust free vehicle around 30K. Given the age would expect to spend some money to bring it up to scratch but would not like to be to much out of pocket. Must say there has been one or two potential sales men out there that are seeking to make one feel like a gum nut and would not think twice about gyping them out of some of their hard earned cash. get the feeling some of them feed off the pleasure of it - (not you Daniel)

Wondering what people thoughts would be on 2001 Toyota Land Cruiser HZJ105R with 25K on the clock? While looking and feeling quite presentable a few issue that may be of a concern are:

Appears to a bit under-powered for Turbo model. When changing up a gear feels a bit like a boat slugging through the water until it settles (change up thought to be above recommended revs) . Are the Turbo engines very similar as the naturally aspirated ones? No smoke visible. Needs a few cranks to start. Injectors are somewhat clickey and are thinking that they could may be a problem

Another query was although the vehicle drives straight the steering seems quite loose and gives the feeling that the front end is somewhat "floating" rather than being stable on the ground. For a normal car would presume springs/shock but not sure what to think for a 20yo Land Cruiser . Drove one around for work years ago and for a 4wd it drove like a limo - a real pleasure (when compared to the Patrols of the day.

Any advice would be greatly appreciated. 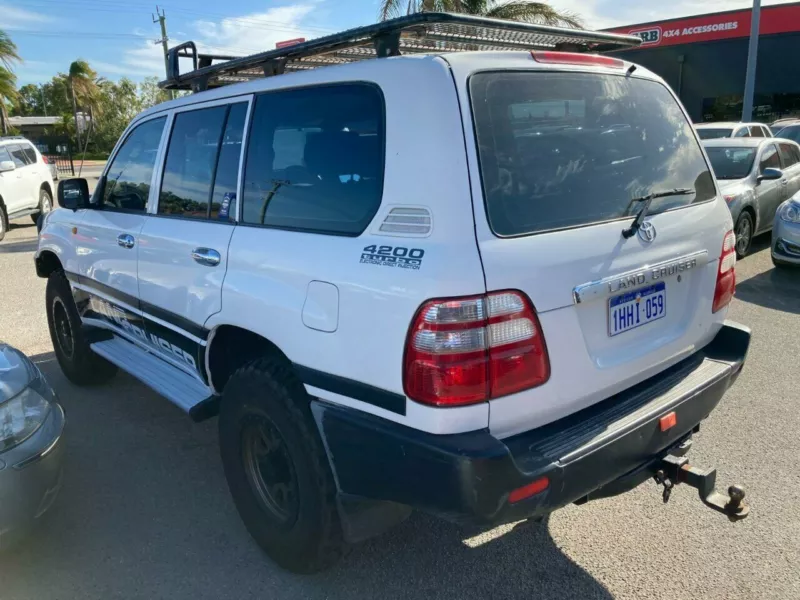 Steering is very nice and tight on mine, also Hz implies no turbo. What makes you think this has one?

Btw, 25k on a 21 year old vehicle sets off alarm bells. Has the milage been regular or has the truck been stood up for long periods of time ?
You must log in or register to reply here.