Hi Everyone,
I have been a FJ40 owner for over 25 years, mine is a 74 Petrol with the original 2F motor . Not selling, incase anyone has ideas lol.
I paid 5k in my mid 20's and i have given it a minor refurb over time with a light motor rebuild (still has a top end tappet noise though), rust cut out and repaint inside and out (in Hammertone Grey/Gun metal, i know the madness of youth), plus a rear diff refurb after having a whine and brakes etc. The last 16 years it has been at a brothers farm near Orange NSW, living under gums for a while,(note growth on roof and bonnet surface rust) but now in the open, in very dry conditions, notice the dryness on the ground, but had been registered up till then.
It didnt have a roof when i bought it, but picked one up at a swap meet years ago. It still gets used every couple of days towing around a trailer on a 1000 acre farm collecting the trapped goats (only thing breeding during the drought as the cattle stopped)
I am now in a position to spend some money on it, so looking for info on upgrading into disc brakes to start, before maybe lifting off the shell and a full resto, but no rush.
Hope to take to like minded peeps who love the old girls and one day she will be back to original paint.
Paul 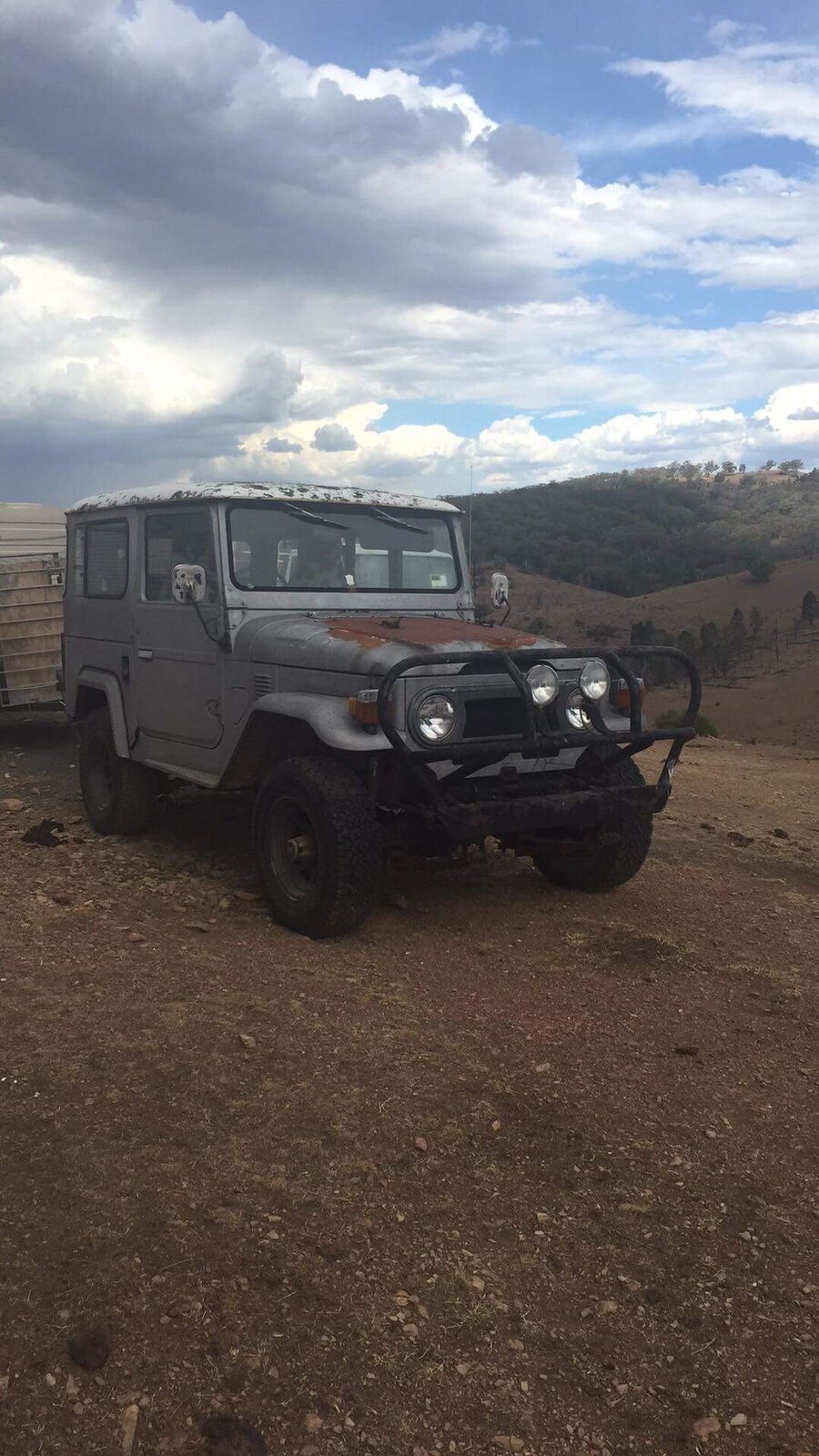 There are a number of rebuild threads in the 40 forum on here which may help and I would recommend viewing on YouTube Jayson's '40 Channel'. Over Jayson's series he strips an restores his 40 in a clear and concise way and, being based in Oz, he's using products that are available there and, indeed, may already be familiar to you.
Re the disc conversion: many have used the 60 series axle but it is 70mm wider but the relevant parts can be grafted on however there is/was a kit for the conversion and I'd suggest contacting 'Mr Landcruiser' a 40 series specialist business based in Australia.