I finally got round to tinting the rear sides the other day - a bit easyier than the rear having no curve on the window.first i cut a template out of carboard , trimming it to fit exactly , then drew round it on the film with a marker pen.Being dizlecksick i made sure i cut a left & right peice & labeled them.then pretty much as before , with an assistant , spraying lots of soapy water on both the window and the film - result alot neater than the rear door & a lot cheaper than 220 + euros(plus vat) quoted by a local firm
[img 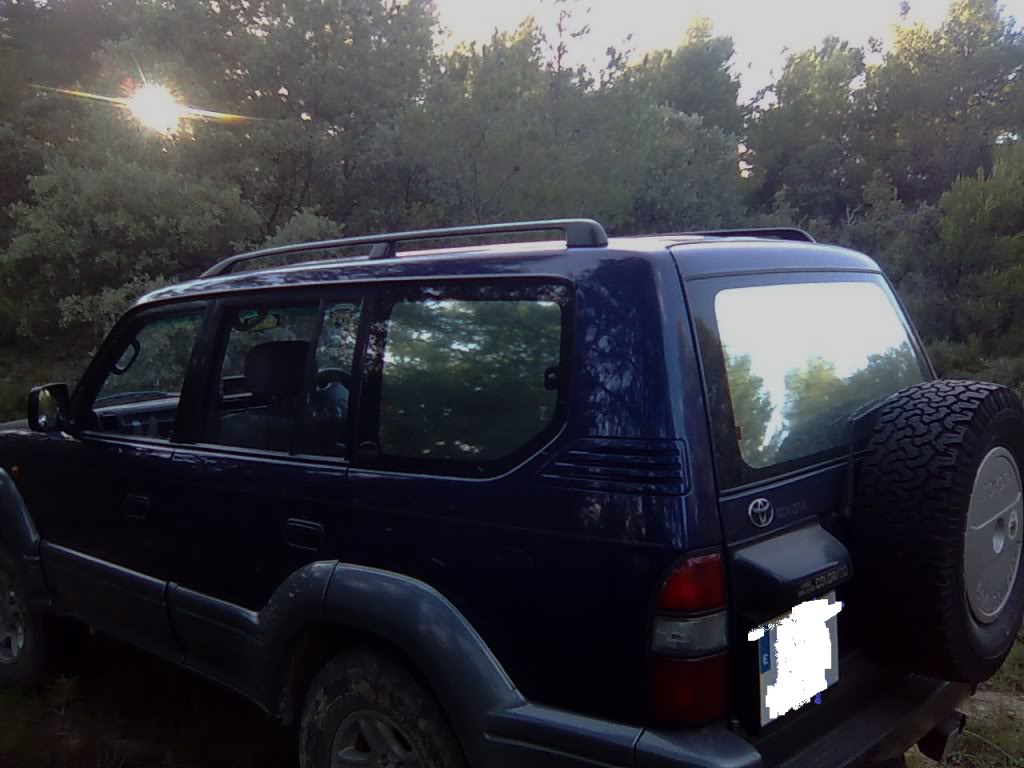 When I did my 90, I took the rear windows out completely and did them off the vehicle. Dead easy really. You can just draw around them.

yeha thought about that but reading the max elery it seemed that you had to dismantle half the car.

Not really. You need to pull the c pillar cover off and use a long 10mm socket to take the nuts (2) off inside. Take the catch plate off and the window comes out.
I don't recall any difficulties at all.
Chris
Don't like the adverts? Remove them by becoming a supporting member.   Click here

Thinking of doing this.

Are there any issues with the rear demister lines? Do you just cover over them or do you have to cut the film into strips?

How they like the mirror films in your MOT? Here those are illegal.

They don't actually have to be glass or see through at all. As long as front and side windows are clear, we can weld plates over the back ones. You can even buy models of the LC called a commercial that have steel instead of glass. Not a problem. But tint the front ones and you are in trouble. The Police can actually measure them if they stop you.

Might be more an issue with being blinded by a reflection than their opacity?

Could well be right, Jon. But I think we'd be into laws that were unenforceable at that point. However, in an incident investigation it may be noted as a contributing factor and then be covered by something that there is a reg about. It's not illegal until it's a problem and then we'll get you on something. Usually the court is the ultimate arbiter on these things.
I was watching a debate on a Police website about the kids putting tyres on narrow rims and over inflating them so that the sort of bulge out. The cops couldn't actually find a regulation that prohibited that. Although they all agreed that it was wrong and probably dangerous, they were struggling to agree what the offence would actually be. Glad to say I don't have that problem with my 80 bike tyres

Jon Wildsmith said:
Might be more an issue with being blinded by a reflection than their opacity?
Click to expand...

Yes, that´s what I meant. Those are like mirrors for others in trafic.

Thanks for following up with 2nd attempt goodoldboy - I'm about to do mine (amongst other things!)
Some very useful tips in here..

did i mention soap Matt? spray lots of soap on the window before putting on the film & when peeling off the backing and keep spraying when you are smoothing out the film - it stops scratches.there are some good videos on youtube.

That looks Brilliant, Can I please ask where you purchased the film from.