I bought my first Toyota in January 2016, a 1999 100 series. I set out looking for a 100 series in October of 2015 after returning home from exploring the Rockies in a 70k mile 2006 Hemi powered Grand Cherokee. The Jeep was comfortable and had more power under the hood than necessary, but it always felt cheap and clunky. When it failed to go into 4-Low at the base of Cinnamon Pass in the San Juan Mountains of Colorado, I was furious. The WK was sold a couple of months later ushering in the Toyota chapter of my life.

Thanks to a lot of background reading I knew I could find the right cruiser with a modest budget. However when a one owner, 246,000 mile rig popped up on craigslist for dirt cheap with complete Toyota service records, I couldn’t say, 'no'. 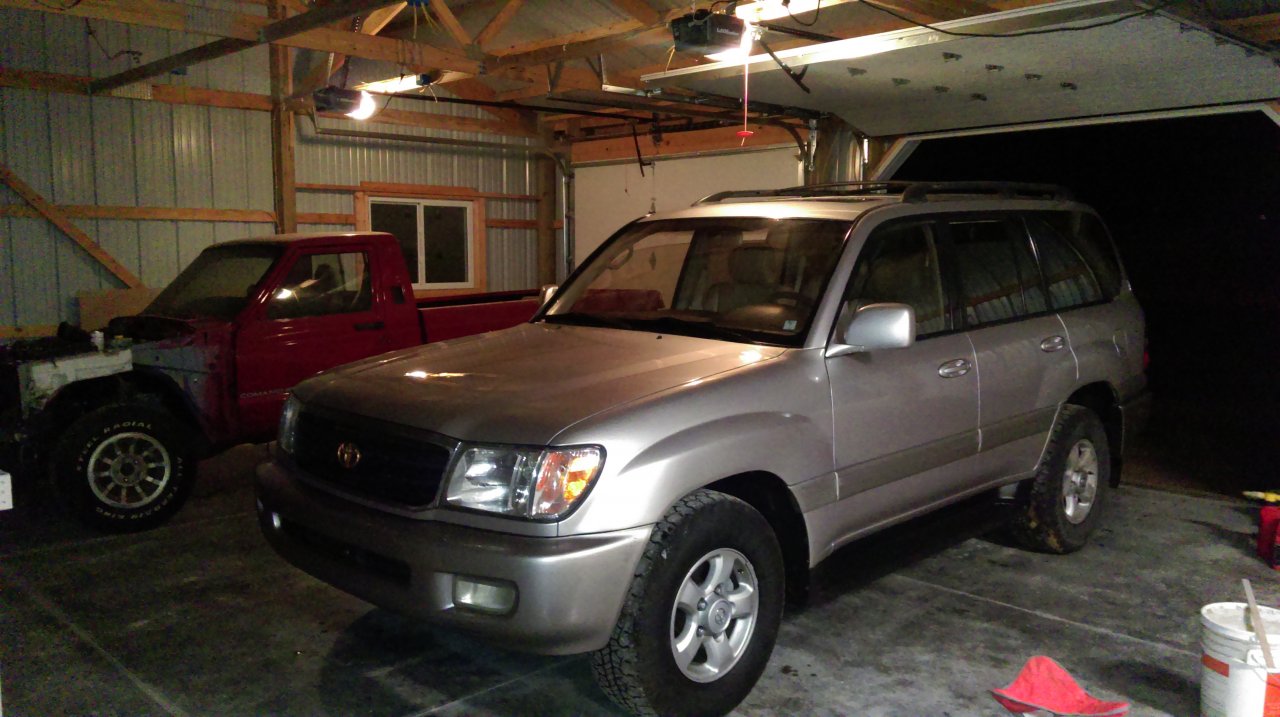 The ‘budget’ Cruiser and my Toyota learning experience went pretty well. I knew the Cruiser would need some TLC and maintenance, so I jumped right into unfamiliar territory that first year.
After driving the Cruiser a few thousand miles I could tell my baseline work wasn’t quite complete.
Now that the Cruiser was driving well I started to make it mine.
Then more general maintenance was required as time went on.
During that first year, the Cruiser took me to the Salida, Colorado area four times, once to the Ouray, Colorado area, once to Branson, Missouri, and explored my backyard (Flint Hills area, KS). Putting 24,000 miles on a single vehicle in one year was a new personal record for me. Turned over 288,000 miles. The cruiser had been pretty trouble free for the 2nd year, but it has needed some continued maintenance.
Modifications came slow and steady through 2017. The modifications came slow because the Cruiser and I were busy exploring. From leading 30 rigs through the Flint Hills Back roads of Kansas, to following a herd of 100’s at HIH7 (Hundred in the Hills) in Silverton, Colorado and leading an Arkansas River run in Western Kansas. Needless to say, the Cruiser and I made a whole host of new friends this year. I did not spend too much time wrenching on the Cruiser in the last 19k miles…at least it didn’t seem like it!
Wet Okole seat covers fit great! Wheel bearings were making some noise For the Cruiser's 330k mile birthday, I installed a 40 gallon Long Range fuel tank from LRA or Long Range Automotive. This is a 40 gallon fuel tank that replaces the stock 24 gallon tank and provides a solid 450 mile cruising range. I had been looking at various options for carrying extra fuel and decided the replacement tank was the best choice for me versus adding a swing out bumper with Jerry cans or an auxiliary tank where the spare tire resides.

The tank is a beast: You have to modify the stock fuel pump assembly to work in the long range tank. I took this opportunity to install a new fuel pump as well. I wasn't sure if this behemoth was going to fit! Lovely looking truck you have there. Great photos.

Nice work , would love to own one.

Super thread and a cracking 100 - please keep the updates coming!

Wednesday at 10:27 AM
laszlo szucs

Aug 15, 2021
Michael80
M
B
no check engine light, no self diagnostic is possible