I stopped at 16mm last time because I only had a few hours to get it done and anything bigger would have meant more work. At 16mm BL I was still getting some rubbing on the front at certain front wheel turned positions. That's maybe because my AHC lift is only about 10mm and I'm running 285x75x18's and also still have the standard AHC T bars coping with a bumper and winch so it's not as stiff as it could be ... Main reason for bothering though is to lift the fuel tank which is getting a bit dented and give better clearance for the aux tank that's going under the rear soon, so on boxing day I got round to putting the 40mm spacers in and doing the other mods needed.

To clearance the engine fan to the radiator shroud I cut some of the lower part of the shroud away. Making new brackets to drop the radiator is an option but I will lift the engine and gearbox later for better transfer box clearance so it makes more sense to leave the radiator position alone.

Lying underneath looking up and forwards to show radiator shroud mod: 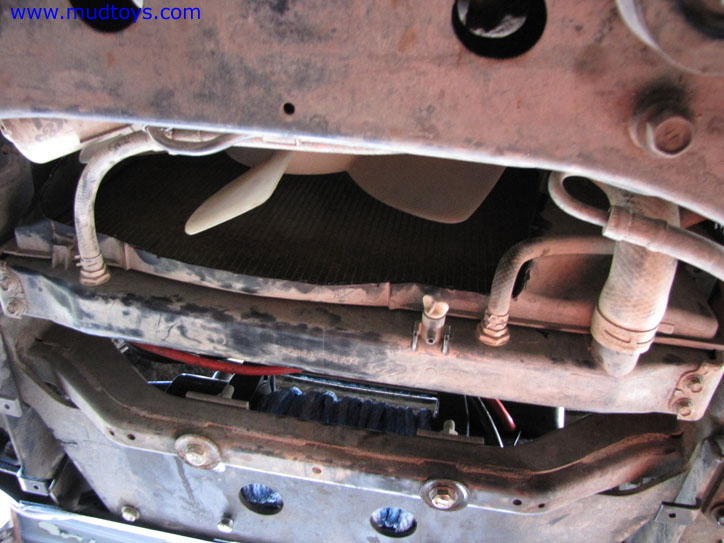 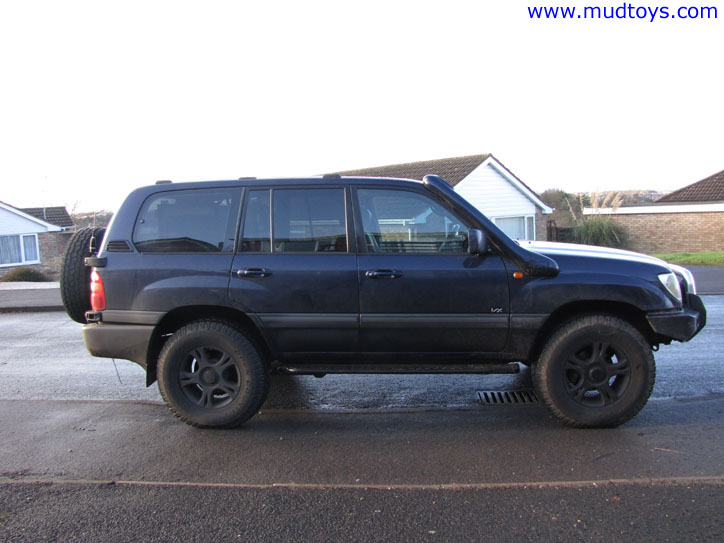 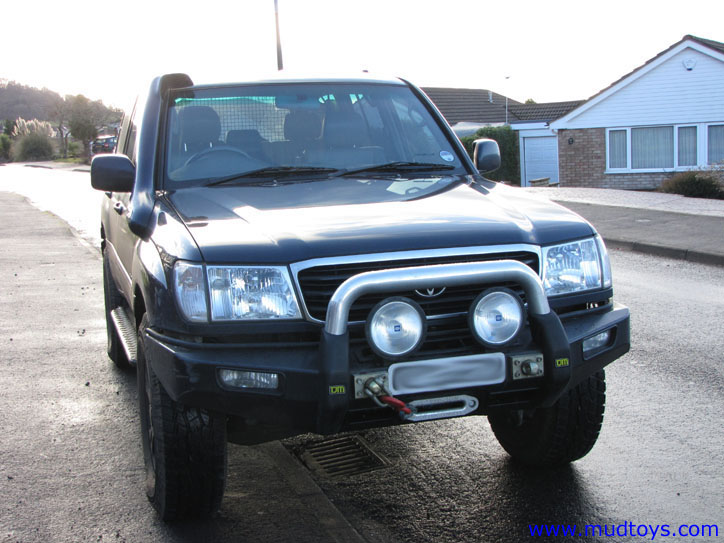 Bumper mounts are slotted, I just lengthened the slots on the brackets and bumper: Front done, rear still to do: 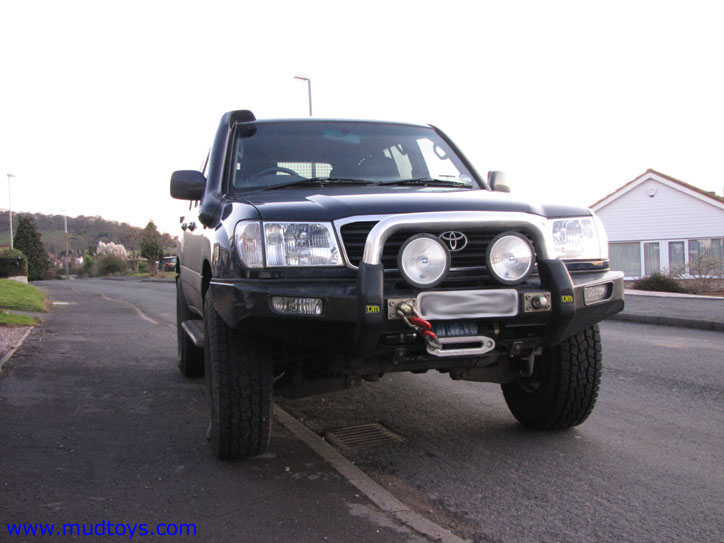 I only used the lower two mouting holes each side on the bumper, the top was out of range, and then once it was mounted where I wanted it drilled new 3rd holes where there was space for it. I had to cut out the centre section of the bumper that would normaly be below the winch slot and I added a strap each side to tie into the winch plate. Extra bonus is a fairly decent view of the winch drum now

No issues with the AHC, that's not affected other than taking up some slack in wires and pipes where they cross from the chassis to the body in the engine bay. The little plastic covers that go between the chassis and inner wings on the front I just disconnected at the bottom, they won't stretch 40mm.

The transfer box shifter is much lower down now but still has the full range of movement.

I have had to trim the panel where the steering column passes through the bulkhead a bit because it did rub a little. It's a removable panel so it was easy enough to do. I adjusted the gear selector linkage almost to the end of the adjustment slot so a bigger BL might need a new selector rod.
M

Looks good compared to where the bull bar was previously.

I forgot to update this thread at the time but a few months ago I investigated dropping the radiator seeing as the engine & gearbox lift might be a while in the making and it's very easy to drop the radiator. It just took some longer L brackets for the lower mounts and drilling a new hole each side in the front panel for the upper mounts and that's it, no shroud mod needed really.

hi john, Nothing to do with the lift but do you run wheel spacers on your truck? Just want to know if it gives the bearings alot of grief as with the 80s as had another wheel bearing go on me and they were replaced not long ago. Do want to put spaces on the 100 if its going to give me problems. Other option is different set of wheels and tyres with a different offset,but surely the bearings will be under the same stresses as with spacers. Any thoughts you could share with me on this? Thanks karl

I run 20mm spacers with my 18" wheels. If you're doing the bearings by the book I've always found that's nowhere near tight enough with bigger tyres and / or spacers so I set mine tighter and don't have wheel bearing problems.
You must log in or register to reply here.

G
How to lift front