Apologies for the poor quality images, I didn't want to get my DSLR covered in White grease so used the 'point and click'

Once the radius Arm was removed from my vehicle it was evident that getting the old bushes out wasn't goin gto be easy so, I decided to drill out the rubber from around the center bush. With center bush now removed then next task was to remove the original bush outer. I did this by cutting through it with a hacksaw taking care NOT to cut into the radius arm. 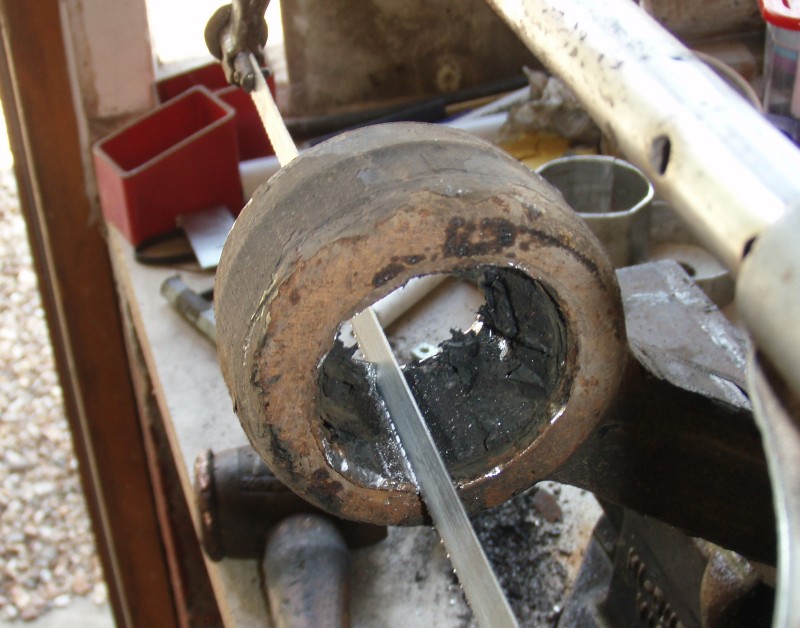 Once the outer is cut through I hammered in an old blunt screwdriver to lift the one edge, the bush outer was then easily removed with a pair of Mole gripps. 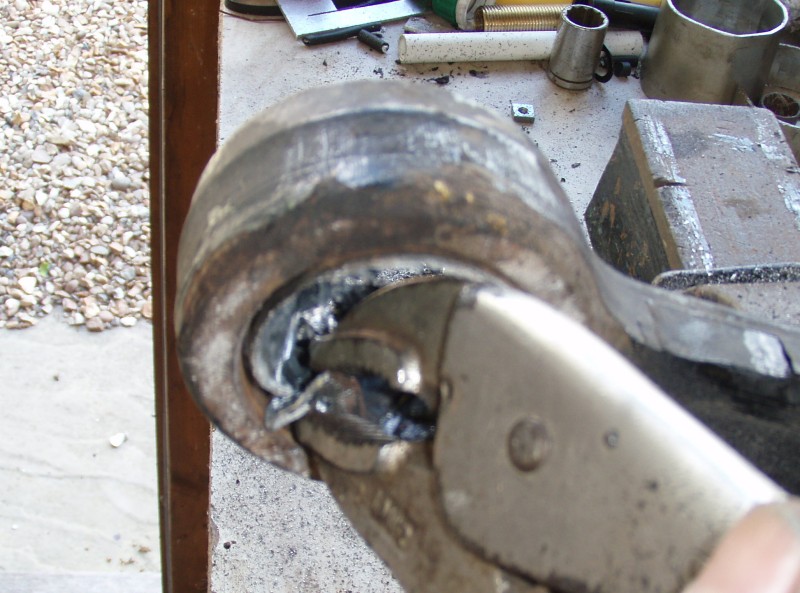 The next job was to clean up the hole in the arm. 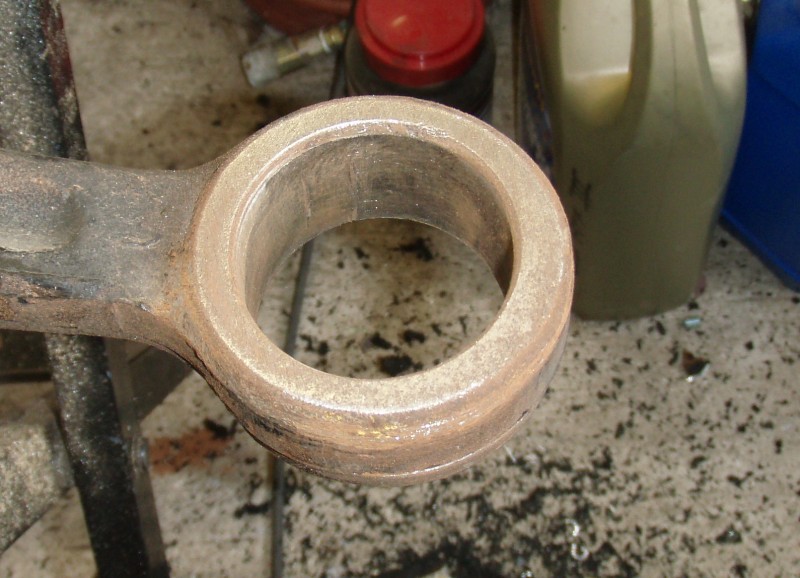 Then smear the White grease that came with the kit around the hole. Coat the bush with the White grease and place above the hole. I then used a piece of 10mm threadded bar with two short pieces of aluninum section as 'washers'. Once the two nuts are wound together, the new bush will invariably enter the hole on an angle, wind on a little more 'pressure' with the two nuts and then press in the exposed lip either with a blunt screwdriver or by crushing with a pair of gripps. Once square in the hole continue winding the nuts until the bush is a little over half way in. 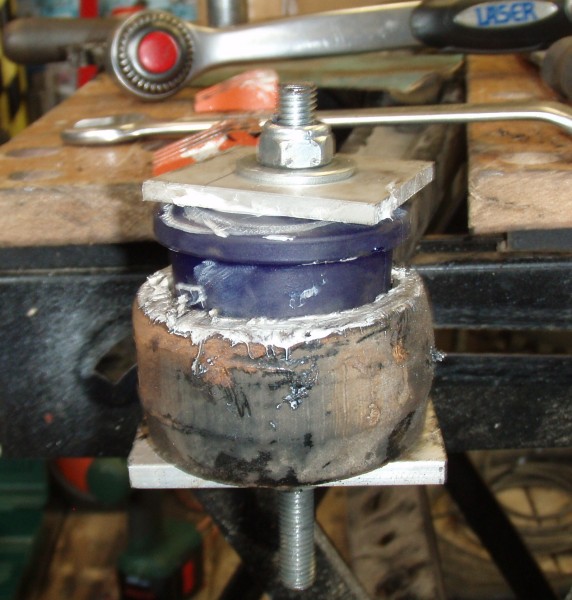 Remove the 'incission tool' and give the bush a tap with a copper hammer, it will very easily 'pop' into place.

Finaly insert the new center bush using the same tool that was used to insert the bushes.... job done. Repeat the process for the remaining 5 bushes.

I used the drilling technique when removing mine but then used a cold chisel to get the old metal inserts out rather than cutting them.

The castor correction bushes I fitted were in two halves so they could be pushed in from either side of the arm.
You must log in or register to reply here.
Share:
Facebook Reddit Pinterest Tumblr WhatsApp Email Link
Top Bottom
✖
AdBlock Detected