At low rpm, 1000-1500rpm, it seems to be loosing power. This is an intermittent fault and about 20% reproducible. under light acceleration there is a small surge of power which occasionally cuts out until the revs get back up to say 1700rpm. sometimes power comes back early but only returns for a second or two. During temprory power loss throttle position seems to have no affect at all. Remember lincomb farm? it kept stalling on that rather steep hill where i needed winching. Also recently during the cold weather it has stalled a couple times after the first 50 meters or so without letting it warm up beforehand.

the 24v is poor at low rpm and needs the fuel pump adjusted? well the reason i have not done this is that it is an intermittent fault, like if a ecu were restricting the engine temporarily as opposed to just low power at low rpm, and i would like to get this issue fixed before i start messing around with the fuel pump.

So far i have change the fuel filter, checked the air filter and run it without the fuel cap. all of this has had no effect. I have removed the back seats and checked the pick up pipe and it seems OK but there is dirt on the inside which cant be cleaned easily so have ordered a new one. If this will not work then i will assume the fuel delivery system is not at fault and its either the EGR, fuel pump or injectors.

I have blocked of the EGR 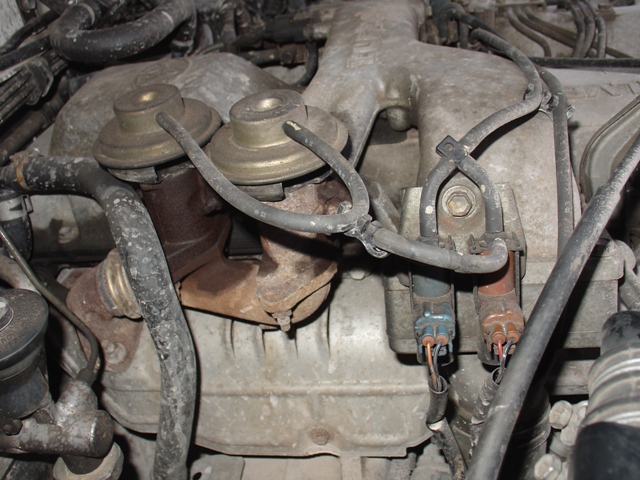 there is also this: 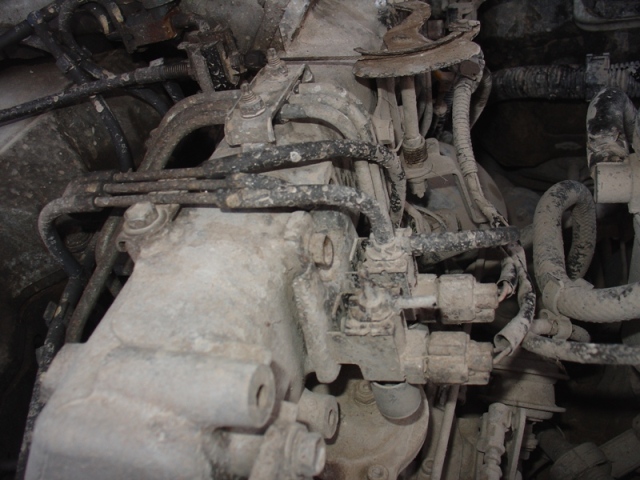 Seeing as the EGR is blocked off then this should not no effect, am i right?

I could also try to run it with a gallon tank piped directly into the fuel pump just to be sure that the fuel delivery to the pump is not at fault. Do you think i should do this next?

Have i missed anything? What do you guys think?

Certainly sounds like a strange one, not sure really, could try to run some fuel additive through it.
Mine has been messing around a little but its the fancy throttle cable joiner/pivot needed some attention, could just feel it through the pedal.

I really want to avoid spending £hundreds on servicing the injectors and fuel pump to find that the problem still there. I will run some fuel additive in it again, im almost sure that i have tried that, cant remember...

Now i've had my dinner and i have a glass of wine the mists are clearing and i realise i've seen this loads before. (on tractors)
Most often the problem would lie is a build of crap in the bottom of the tank which would find it way where ever, changing the filter helped but there was always more coming through, running the engine from a can would show this, sometimes (don't know if the LC has one) is a small strainer in the bottom of the tank that could block up or fail and break up.
Worth a check also is the fuel lift/priming pump as this has most demands on it when planting your foot from low revs. Normally there are repair kits for this and sometimes a strainer inside as well that can block. These are check you can do which are not too pleasant but are nearly free. Cleaning out the tank on cars our age is a very good things too, especially if they have lived on the road most of their lives and then get off roaded to stir it all up.

Busaboy said:
i've seen this loads before. (on tractors)
Click to expand...

not too different form the the 80 then

I have the top of the tank off, its almost empty so will check the condition of the fuel inside. I mention above, that i have removed the stainer and it seems a bit dirty, regardless a new one has been ordered.

Is the fuel lift/priming pump on top of the fuel filter? if not were is it?

I would have to have a look, bet someone will answer soon anyway.
Don't like the adverts?  Click here to remove them

Try this one out.

After some reshearch i have found that the disconected vacum pipes in the picture above are meant to plug into the starting injection control system (SICS) vacuum switching valve (VSV). According to http://toyotadiesel.com/forums/showthread.php?t=5924 it seems important. Can anyone confirm if the missing vacume piping is important and whether it could be causing this to happen?

It doesn't sound like a vacuum pipe problem to me Rob, more like muck in the system somewhere or a sticky waste gate?

Right i think i have found the source of the problem. at some point a bit of vacuum pipe went missing and it seems that instead of spending 49p to replace it they did the following. someone fed the starting injection control system pipe through the boost compensator valve without swithching the pipe on the other side and then fed the boost compensator pipe directly into the where the SICS is meant to be on the fuel pump bypassing the valve

I hope they didn't switch the electric connectors as well but it seems to work fine for now.
You must log in or register to reply here.