If everyone with any information on going to Morocco could post in this thread it maybe useful to others, so please contribute and keep it a work in progress.

Morocco is a fantastic place with the most friendly helpful people I have ever met.

There is little point in repeating anything that is in Tim Cullis's fantastic Morocco Knowledgebase so here is your starting point.

When you have learned Mapsource everything else fall's into place, you can share routes, tracklogs and points of interest.

Declaration of temporary importation form can be filled in before you go, see Here

Here are my photos from last year, anything with a title has a waypoint of our overnight camping spots, you can copy and paste into Google Maps if you want to zoom in.

The best night was at "Saids" (N30 45.780 W5 33.108) place, the pictures around where the Landrover was fixed, great food and the owner "Said" really really looked after us, we slept in our trucks and when we got up they even served us breakfast, total cost for camping, dinner and breakfast was something like 110DH each (less than a tenner)

Oh last bit of info. if you go to Fez, the campsite "Camping International" is not very nice, (I'm being polite) and expensive.

If anyone requires more details on a topic please ask.
2

Another good site for current info. and travel reports all Toyota as well

No booing now....... i mean it, but just to add to the Morocco theme, here is one of the former vehicles i had before i saw the light. These were in Northern Morocco on the Med Coast 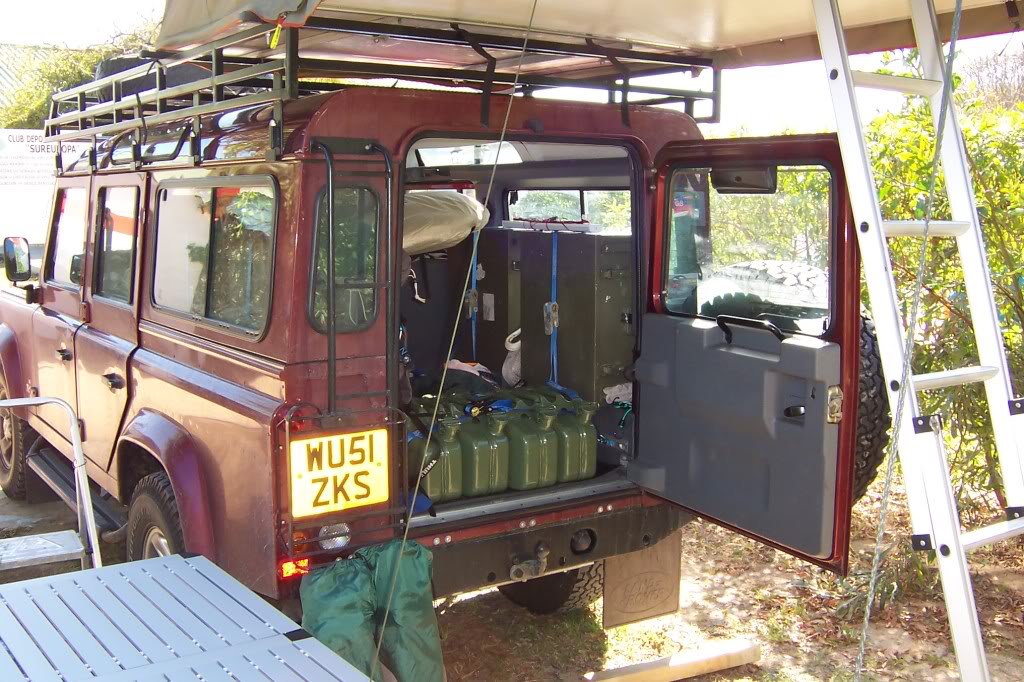 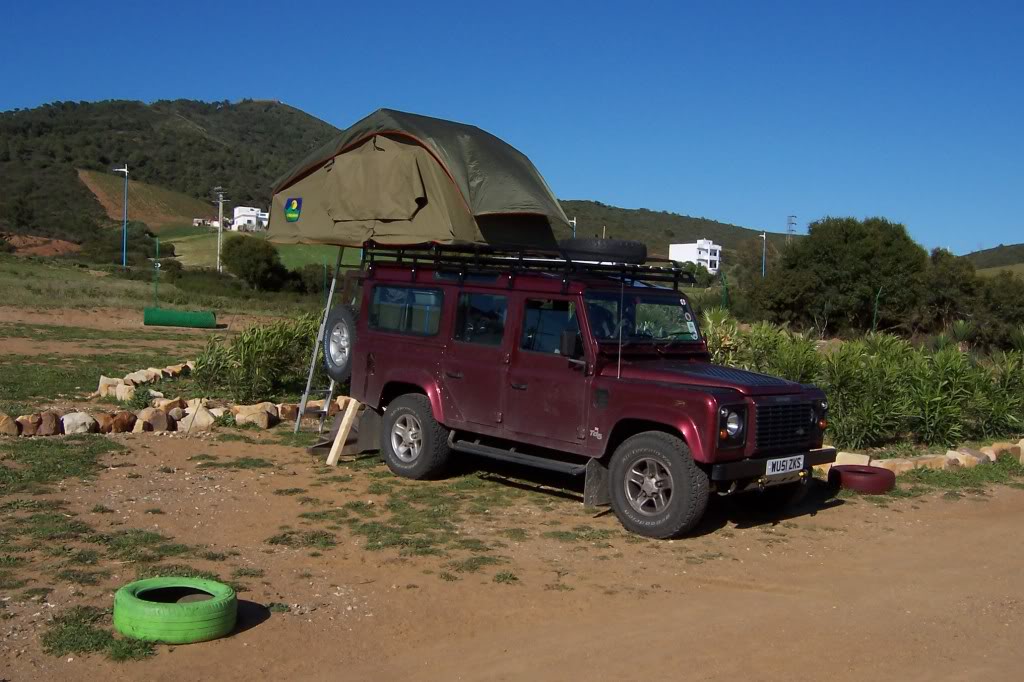 And a good guide book by the guy who wrote the authoritative Sahara Overland books, Chris Scott:
http://www.morocco-overland.com/
Don't like the adverts?  Click here to remove them

GPS Antenna: http://linitx.com/viewproduct.php?prodid=10823
its very quick on both cold and hot starts, and picks up loads of satellites- can be a pig to install the first time unless you read the instructions.

My trip reports for Morocco (vehicle based report, with as much info as i could cram in), its written more as a narrative to giv you some Dos and Don'ts rather than GPS co-ordinates- hopefully it will be useful to somebody. Sorry about the huge piccies- for some reason photobucket won't resize them :

There's lots of nice bits here about satnavs etc. I'm going to split the thread into the navigation section. It will be more useful, if not lonely, there.

Crispin said:
There's lots of nice bits here about satnavs etc. I'm going to split the thread into the navigation section. It will be more useful, if not lonely, there.

Good idea Crispin, keeps just the Morocco bits in one place as well.

Not going to delete, just moving the GPS bits out into another section, will leave a tag behind for it. Continue here for Morocco, have a look here http://www.landcruiserclub.net/forum/viewtopic.php?f=39&t=6907 for the GPS stuff.

Without a doubt the most comprehensive series of guide books for doing Morocco overland. The trouble is they are all in French. The series comprises six regional volumes together with a 'Premier Pistes' edition as well as a campsite guide and review. The author has also written guide books for Libya, Mauritania and Tunisia

My French is pretty poor but I did manage to muddle through; I just had keep reminding myself that the French actually speak English but with a funny accent. The photos, maps and GPS waypoints, of course, require no translation and are not too difficult to follow.

Here is a link to the publishers website (translated by google) http://translate.google.co.uk/trans...-sud.com/guides.html&sl=fr&tl=en&hl=&ie=UTF-8

They can also be bought from amazon.fr at http://translate.google.co.uk/trans...or=Jacques%20Gandini&sl=fr&tl=en&hl=&ie=UTF-8

I picked up my copies in the main supermarket at Tinehir (the one that sells alcohol).

Manhasset - Morocco and the Polisario independence movement again rejected each other's proposals on the future of Western Sahara at talks overshadowed by violence in the territory, a UN mediator said on Tuesday.

But the long-standing foes agreed to pursue limited confidence-building measures and to step up the pace of their meetings, in what mediator Christopher Ross called a “new dynamic” in the slow-moving negotiations.

Western Sahara is a former Spanish colony in northwest Africa that was annexed by Morocco in 1975, sparking a rebellion by the Polisario Front. The United Nations brokered a cease-fire in 1991, but a political settlement to Africa's longest-running territorial dispute has eluded negotiators.

The territory erupted into violence on Monday when Moroccan security forces broke up a protest camp near Sahara's main city, Laayoune. Polisario said 11 civilians died while Morocco said eight of its security forces were killed.

In a statement after two days of talks at Manhasset, near New York City, Ross said the two sides observed “an atmosphere of mutual respect, despite the fact that each party continues to reject the proposal of the other as a basis for future negotiations”.

Rabat has proposed that Western Sahara become an autonomous region of Morocco. Polisario has insisted on a referendum among Sahrawis - as the desert territory's inhabitants are known - in which full independence would be one option.

Ross said that at a meeting also attended by officials from neighbouring Algeria and Mauritania, the parties agreed to resume family visits by air “without delay” and to speed up the start of such visits also by road.

Many Sahrawi families are divided between those who still live in the territory and those living in camps across the border in Algeria, which backs Polisario.

Ross, a former US diplomat, also said the two sides had agreed to meet in December and early next year “to pursue, through innovative approaches, the negotiating process”. He gave no further details.

Western Sahara, a thinly populated desert tract about the size of Britain, has rich fishing grounds off its coast and reserves of phosphates, used to make fertiliser and detergent. It may also have oil and gas reserves.

The failure to resolve the Sahara dispute has irritated Western states including the United States, which believe the divide between Morocco and Algeria is hampering cooperation against al-Qaeda militancy in the region.

The latest attempt at a diplomatic solution began in 2007, when both sides advanced their rival proposals. Since then there have been four rounds of formal talks and three informal ones.

Speaking to reporters after the latest talks, officials from both sides sparred over Monday's clashes at the camp, set up a month ago by Sahrawis to demand jobs and better services.

Chief Polisario negotiator Khatri Addu said the violence created “a tense environment among the participants” in the talks, but the most important thing was that the meeting took place.

Moroccan Foreign Minister Taieb Fassi Fihri said security forces had moved in because some protesters rejected a peaceful settlement. He accused Polisario of seeking “to exploit anything to avoid a deep and continuous negotiation”.

Moroccan security forces were deployed in Laayoune in large numbers on Tuesday, but there was no repeat of Monday's violence, although tension persisted, residents said. - Reuters

Tents burn after Moroccan security forces broke up the tent camp on the outskirts of Western Sahara's capital, Laayoune on Monday.
2

I went to Laayoune this year and thought it was a really nice place, it seemed far richer than most of the rest of Morocco, the children were very well dressed and wanted to practice their English. I did know the history of the WS and the security reflected this with check points with guards armed with machine guns.

As I understand it, the United States are friendly with Morocco and carry out joint military training on Moroccan soil, the Moroccan military drive around in amongst other things, American Jeeps and Hummers mostly in the deep south and the WS.

Hopefully the United States can broker a deal which keeps everyone happy, even better if relations improve between Moroc and Algeria and the borders get reopened.

Just finished reading Chris Scott's Morocco Overland and found it really useful in terms of real stuff rather than guide book pap. I'm sure others have used the book as well. I was wondering if some Morocco old-hands can comment on the routes he has in the book - it would be really easy to to say MS7 or sahara route seven and so on. Reason it may be useful is that some routes are described as being too thin for a cruiser without too much elaboration. Just a thought.
C

I will tell in that way , when he wrote is hard , than is hard . My friends tried road MH5 Scott written is the hardest from all roads in this book , believe it is true http://africatwin.com.pl/showthread.php?t=7782&page=17. I was not very far from that place but my intention was to do road Boumane do Dades Nekob so part MH5 and MH4 from pass Tizz n Tazaret road down was hard but drive. The hardest road which we done was road not from the book it was near of Plague blanche direction Sidi Ifni.Other road specially in south are crossable Merzouga Zagora, Zagora Warwazat, Warwazat Boumane do Dades, Boumane do Dades Nekob, Nekob Zagora, Zagora Mhemid Erg Chigaga , Erg Chigaga Foum Zguid Tata, Tata Tafroute Agadir , Agadir Fort Bou Jerif, Fort Bou Jerif , plague Blanche Aurora Sidi Ifni. Fes Ketama El Jebha, El Jebha Tanger
Most information I took from here http://www.ukgser.com/forums/forumdisplay.php?f=212 from Tim Cullins , we meet him when we drove to Figuig , garmin map from Olaf and paper Michelin map . Some guides specially thank to Chris Scott Morocco Overland

Very nice pictures consigliero, thanks for posting them.

What happened to the shocks? Were they OME?

This morocco 4x4 forum was started by me after a trip to Morocco in a Discovery last year.

Hopefully it will grow and help others organise their own trips.

It is open to all makes of 4x4, and is solely about Morocco.

http://sahara-overland.proboards.com/index.cgi?
You must log in or register to reply here.

Anyone fancy Morocco in Nov/Dec this year?