After having a near miss on the lanes yesterday, very lucky that there was space to slide past the obstacle in my path mk7 golf!!

First thing this morning I had to take a look. 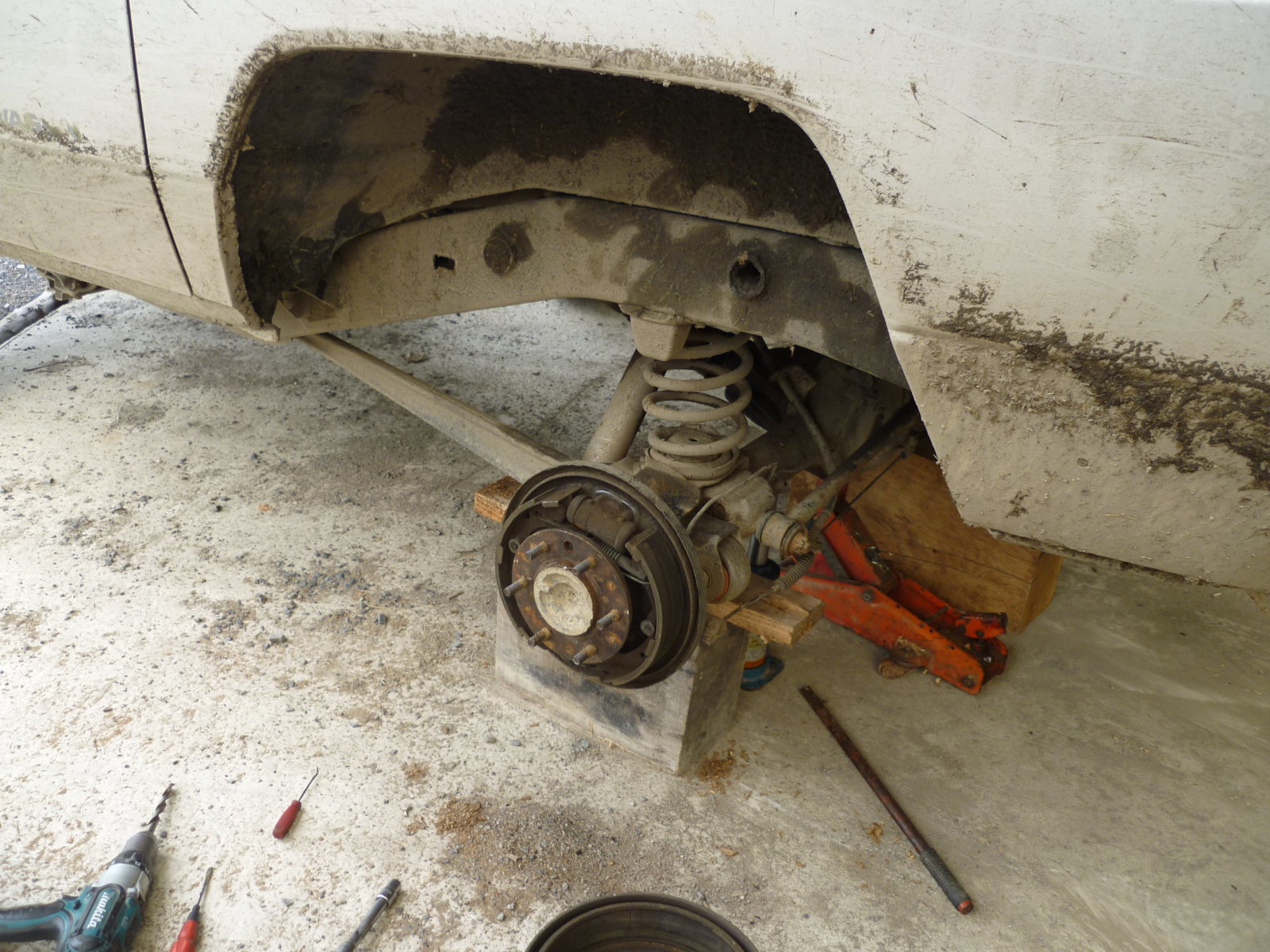 Shoes and cylinders good but very easy to remove the drum.. As soon as I got the drum off I was looking into adjusting the sprocket and saw that through the thin slit in the backing plate the hand brake auto adjuster is right in the way and when you try to use a screw driver to adjust the auto adjust lever and release.. it turns the sprocket back to where it was!! Not adjusting it at all!! 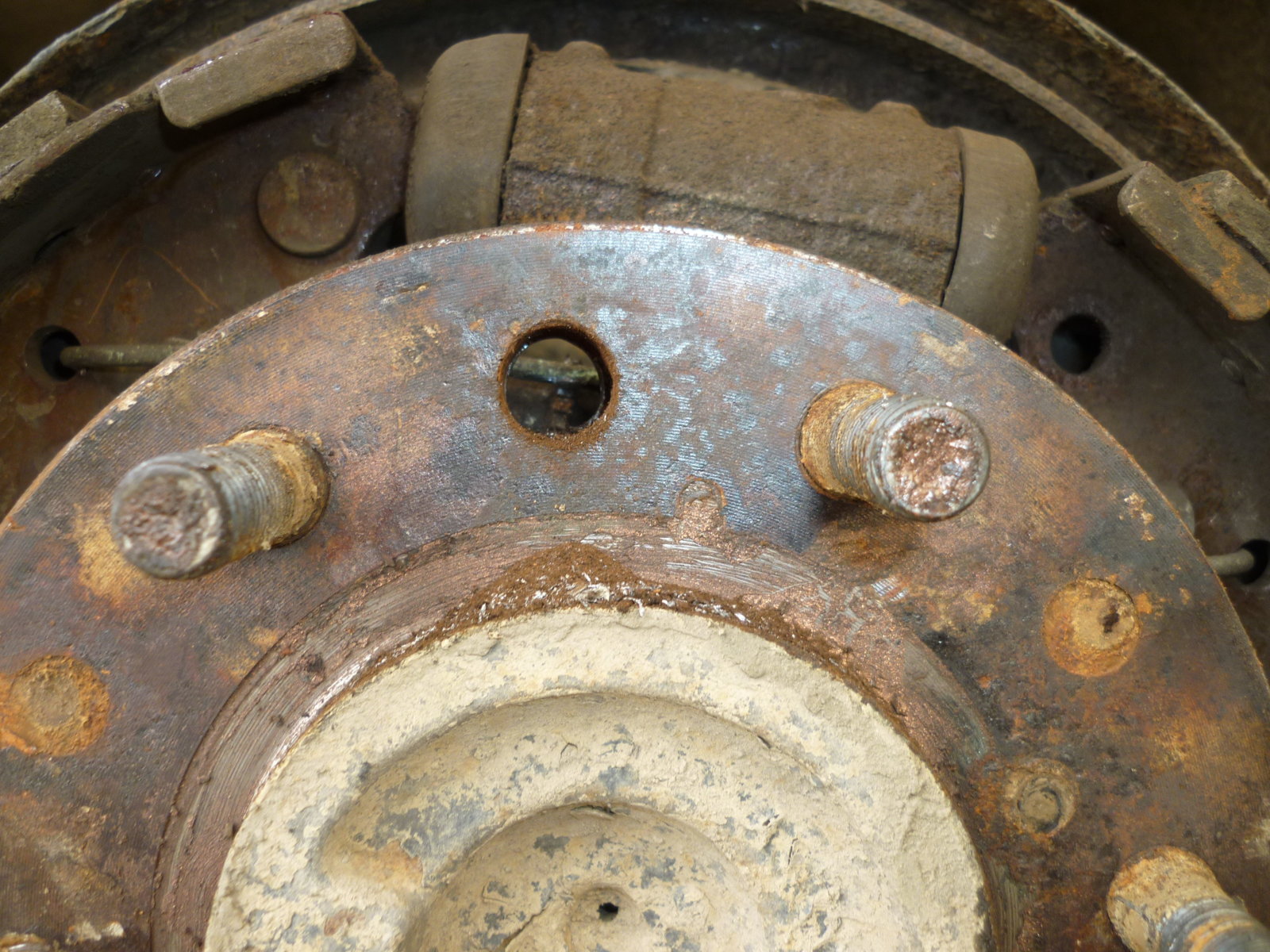 So at 12 o clock on the hub there's a hole but behind it there's a metal plate blocking the access to the adjustment sprocket. So drilled it out to 13mm and the sprocket is nicely in sight now. At first drilled the drum out to 13mm but it didn't line up so drilled to 16mm through one of the smaller outer holes. Good access to the sprocket from the front now (just like an 80 lol), good for adjusting up but the hand brake adjuster once again stops you from un adjusting I found.. I used a hooked pick through the thin slit to pull the handbrake adjuster away from the sprocket to allow you to un adjust the sprocket... also when you see the handbrake dogbone sat on its stop rhs then it's set pretty good! Hooked on and pulled away to allow un adjustment when the drum is back on.

Have a 3 click hand brake which is great but.... its still locking up on the front. So decided to take a look at the LSPV and it's seized in the unloaded position and the rear braking pressure is going back down to the front as far as I can tell after removing the connection to the rear axle.

It has 90 series front calipers with vented front disks and an 80 series dual brake booster and master cylinder with 70 rear drum setup! A bit of a mix I know lol! But has previously worked and passed 2 mots with this combination.

Ideally I want shot of the LSPV and buy an adjustable unit that will allow me to set the rear flow. If anyone could point me in the direction of the solution that'll be great.. i've read today that it's a 65% front to 35% rear bias? Be a shame to wipe the truck out if used without repairing! TIA

@karl webster has some magic adjuster valve on his daily I think.

So looking into products to buy I'm looking at some of these.. at the moment.
https://www.demon-tweeks.com/uk/motorsport/braking/fluids-actuation/proportioning-valves/

The company is quite nearby and can take the relevant oem connectors with me and hopefully they can provide me with what I need . Or the correct fittings to connect up...

With these it looks like you install under the bonnet and just run a single line to the rear.. and be real interesting to see how you can "tune" your braking efficiency, even though its a 71 it applies to all cruisers with a conventional brake booster and master cylinder..

So a new set of brake lines go hand in hand with this I'm guessing.

So after doing some more research tonight, I've bought this..

Some real good info on this PDF for the product. Well worth a read, gives the setting up procedure and that when your satisfied with the setting you should get your brakes checked at your mot centre.

Happy to have completed the mission of getting my 71 back on the road and to have very good brakes! Recycled pipes with a number of different fittings, but hooked up well and now have 2 separate lines between front and back. The adjustment screw has 10 1/2 full turns to it and had to scratch a line on it to get a reference. Started with 5 turns from fully closed and still have front lockup.. moved to 5 1/2 turns and felt good hard braking at 35 mph in the wet.. turned it to 6 turns same speed hard braking seemed much better.. so 7 full turns makes the back lock right up same speed so settled with 6 1/2 and it's braking real well! Single pipe to the rear with an aftermarket rally/race car brake proportioning valve is the way to go when the lspv is at fault for dangerous front lockup braking on a lifted truck.. Job is a good one and happy now to brake hard in it!