Ok then, popped down the shops and had a squelling noise from what i thought were the back brakes, as there is still a bit of mud there i thought i would whip wheels off and rinse them out, but while there i found them completly dry so took the pads out and did a clean and grease up,then on test drive the noise was still there

So, front wheels off which was surprising as i have not long fitted DBA discs and Mintex pads so thought just another grease up needed. When taking the pads out i found their version of wear markers which rub on the disc to make a noise. The callipers were fully rebuilt at the same time. 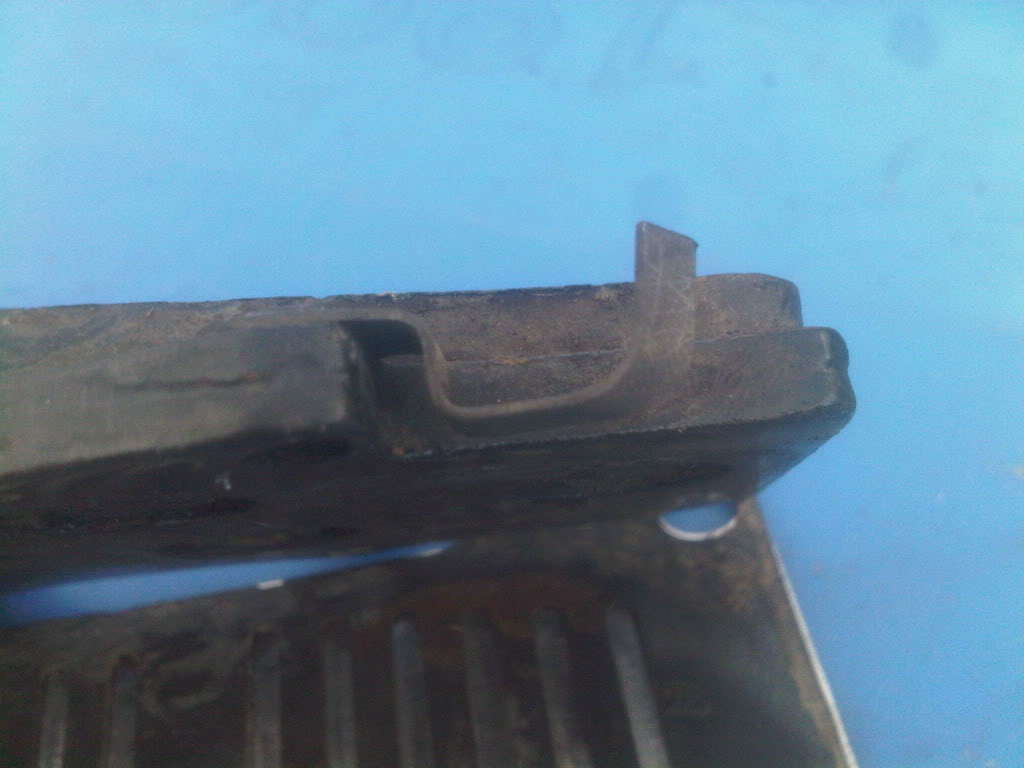 The surprising thing is though.........
I have to estimate my mileage as odometer is not working, but if i totally over estimate mileage then i would say maybe 3000 miles, certainly well under 6000 as this is when i change the oil and filter. The truck is not a daily drive and has had little use over summer as i have been away with work. One wear marker one one side has actually broken away as the pad is nearly all gone.
At these miles, i would be in doubt if they could do a long trip away and as i have posted recently, i think their performance are not as good as the toyota parts that came off, they were only changed as the axle was being done and seemed sensible to do it at the time.
I will be doing more with things like brake fluid (again) but not impressed.
I will also be putting braided hoses on, but again, all other mods on the truck were done before changing the brakes so it is a good test, even if things like fluid or hoses are to blame with performance they are the same as when running toyota brakes which were better.

I am not impressed with mintex past of late. I replaced a set on my mates disco along with brand new genuine discs. A week later I got a panicked phone call from him saying his foot went to the floor when he was braking for a roundabout. I went out to see what the problem was and found the material had come off the metal backing plate.
Thats the second set of mintex pads in the last 12 months that has happened to. The first was on my ex-works transit. I was driving this time and I was driving down a hill into Aberdeen when the matrial came adrift. It was only serviced a week before by the local Ford specialist who replaced all the pads.
You must log in or register to reply here.

Full bib and tucker with nowhere to go...