With needing to find the speed sensor wire to install a trip meter for an upcoming trip I thought I should get round to installing a speedo corrector at last!

The combination of 35's and 4.88's mean my speedo reads about the same as standard, maybe very slightly higher, which is about 7% over. It's not hard to compensate for but as I had the gadget on hand it's worth correcting.

Looking through the wiring diagrams they're not terribly helpful. The R-G wire from the sensor goes to a connector on top of the gearbox (along with a load of others) which is easy to identify and then on to a mysterious connector labeled IV1. It's mysterious because none of the diagrams for the location of connectors / junction blocks make any mention of it! This is the ideal spot to tap into it though because after this it gets split to go to the various different ECU's that make use of it.

I know from posts on ih8mud that on left hand vehicles it's behind the glove box (with a different id) so I went searching there. After a bit of searching and shining the torth into dark places I discovered the mysterious connector behind the engine ECU: 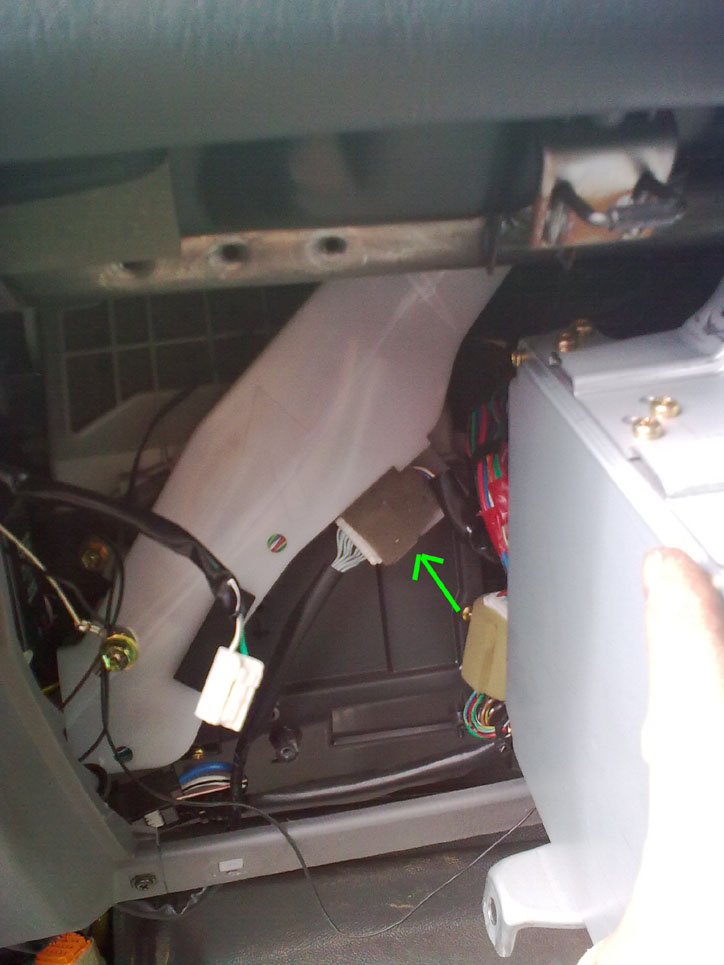 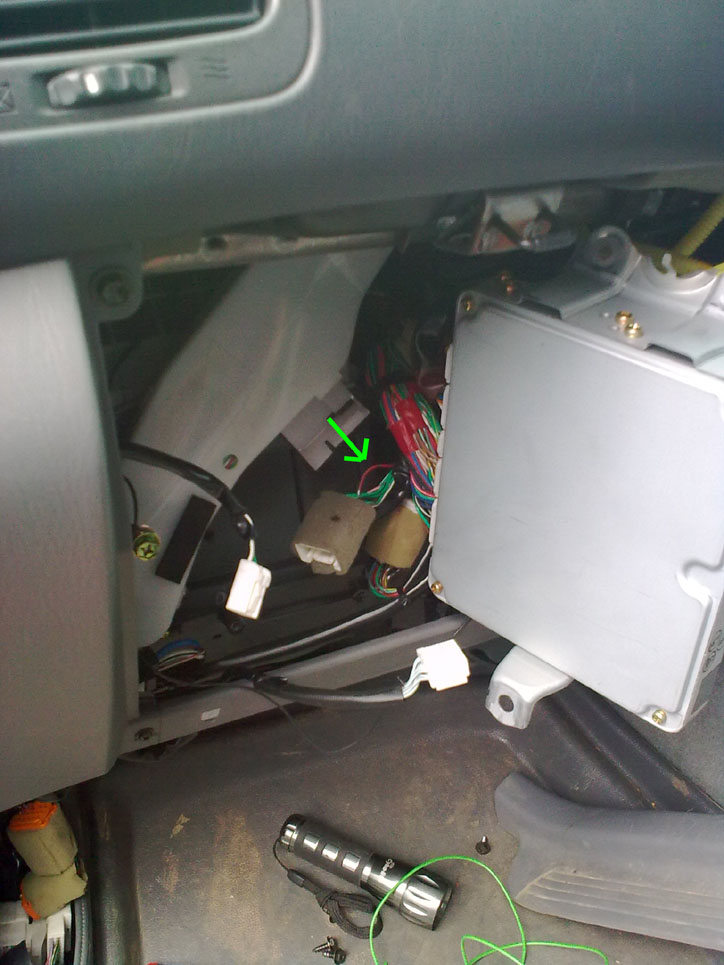 So I snipped that and ran two wires to go into the glove box where the correction device will live. The other wires are power and a signal to go to the trip meter. 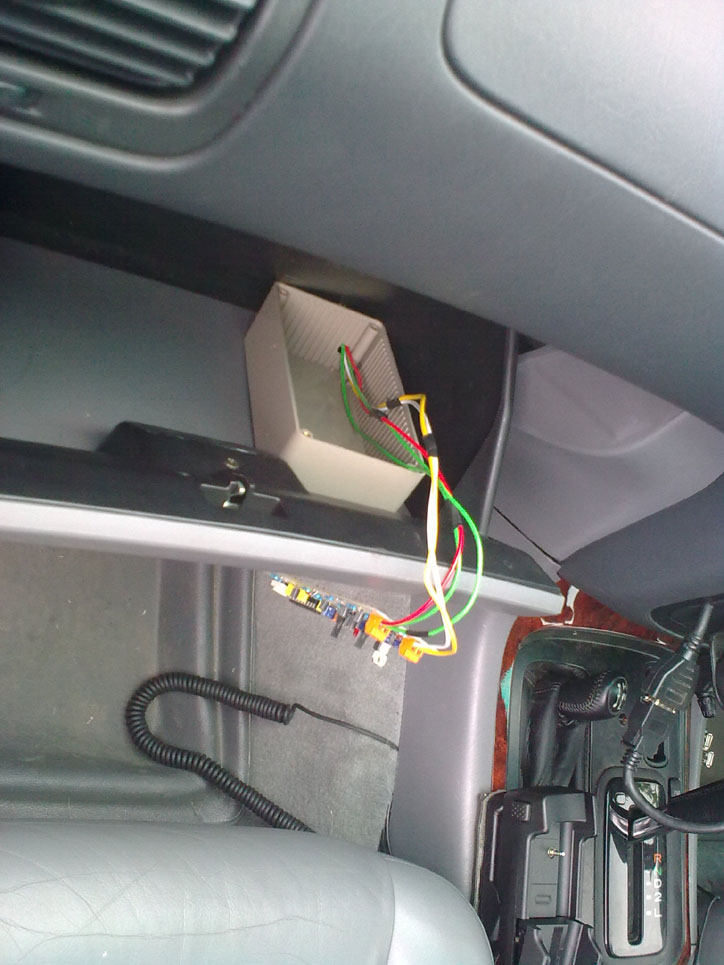