Wild camping: In the wrong place at the wrong time 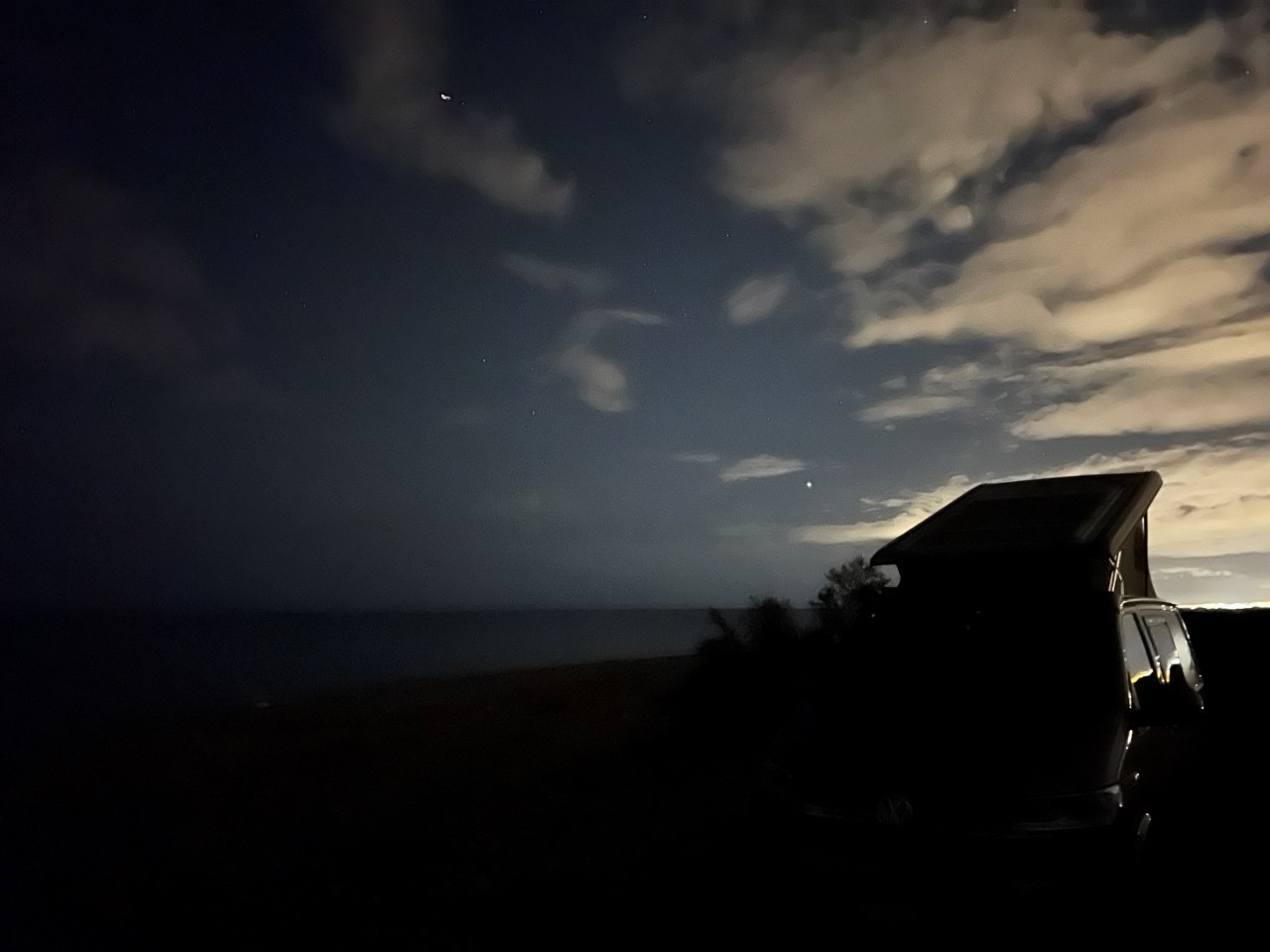 After our Trans-Africa and South America trip, I had taken a more relaxed view of the topic of "safety on the road", at least for our overlanding trips within Europe. Of course, we prepared for eventualities, thought through possible incidents and our possible reactions to them.

I would never have thought that even after more than 400 nights of lonely wild camping, the pump could go so badly again - even on a seemingly tranquil trip in Europe or Spain.

We were simply in the wrong place at the wrong time, on a deserted beach in Spain.

Article: In the wrong place at the wrong time - pure adrenaline - https://vanlife.4x4tripping.com/2022/05/in-wrong-place-at-wrong-time-vanlife-wildcamp-dangerous.html

Not only was my ticker going - I was scared. Afraid that this was not going to end well. And with our reaction - we probably didn't improve safety for other travellers wild camping on the beach.

The article is also available in german language

Wild camping is not allowed in Spain and camping on beaches is not allowed in Andalucia. If they'd been in Valencia province they would have incurred a 1500 Euro fine but Andalucia is a bit more lenient. There are specific places and some beaches where local ordinance allows it but Cabo de Gata is not one of them.

With these folks having so much experience, yet it appears, that they don't check each countries rules or if they do, they don't comply.

They were lucky the police came and not the Guardia and very, very lucky it wasn't a Guardia targeted bust!

OMG @Surfy .....what a frightening experience! Got to be your worst nightmare!
Mind you, not sure about the reference to or relevance of the above "camping rules"!
Last edited: May 10, 2022
S

Thank you all, for thinking about that night! Yes - it was more luck that they are more focussed about finish the transfer, as to get more unwanted attention with killing some travellers.

And really, the police could have turned everything even worse - but as we called them, the crazier part of the crew seems to drive away, but we was still not alone as we did call the cops.

Because I did hear "police - police" after our call from the outside, they did get informed or had the police station monitored or did listen to the police radio, probably those arent digitally encrypted like in the center of europe.

But without my gf - I wouldnt have called them eigher. Her arguments (she did gave later) that the call was for backup, for the case that the situation gets worse now - is still valid in my eyes.

We do love the lifestyle of doing wildcamping and light up a campfire. We do it not to save bucks, we just love the remoteness and the nature experience. Yes, what we do arent clearly legal, not in europe (most parts), not in africa, not in south america. We have to pay the consequences, and we dont argue when the police arives. Others drives too fast from time to time and pay their fines there, others are collecting parking fines.

I feel that you were very lucky that it was the Police and not the Guardia Civil. The Guardia are a completely different organisation and they don't operate with the same civility that the Police do.
With Andalucia's proximity to Africa we get a lot of boats arriving in the night and had the Guardia responded ( they monitor the calls to the Police too) it would undoubtedly have meant you would have been detained until you could prove that you were not involved. Of course after they have searched your vehicle in support of your claim you would probably have had to spend several days putting it back together. Detention by the Guardia is not a pleasant experience!

I am just saying that with thousands of square kilometres of wilderness in Andalucia to choose from that secluded beaches are not a good idea.

S
Wild camping: In the wrong place at the wrong time

S
recap: Mods I wouldn`t do again for overlanding

S
Meet or chat with other Travellers abroad