No hand held tester the spark used a £1200 laptop especially designed to use on car and hgv data.
He plugged his Bluetooth piece into the obd point and linked to his laptop.
He could control the cars height movement via his laptop very cool piece of kit.
Useless if you can't understand the data your looking for.
I bought new height sensors to replace my broke ones but it's not just a case of replacing they must be set other wise the car will just stay in neutral or go to its highest setting for safety mode.
It can be set by small movements with another person testing your height switch and plenty of patience.
P

Recently purchased a LC5 and have similar issues to you. I've downloaded the Toyota Techstream software, which also allows you to plug in the LC via OBDII and test the air suspension without pressing the buttons in the car!

Techstream reports a C1713 fault with the rear right sensor. So I tried measuring the sensor heights at engine start and then cycling through low, neutral and high. I understand that one of the values needs to be negative (-) and the other positive (+), but the values should be similar if you don't count the negative/positive sign.

I think my readings are all over the place, even when I turn on the engine, go to low setting, then back to neutral (which gives me the best ride comfort), the sensors report ~+100 mm lift, when it should be 0 at neutral? In the FSM documents Simon posted, it is stated: high should be +30mm, low should be -30mm, which makes me think neutral should be 0. Does anyone else know what the sensors should be reading out in Techstream?

I think I am going to replace the whole RR sensor unit... thought it arrived today but it turned out I had ordered the RL version... 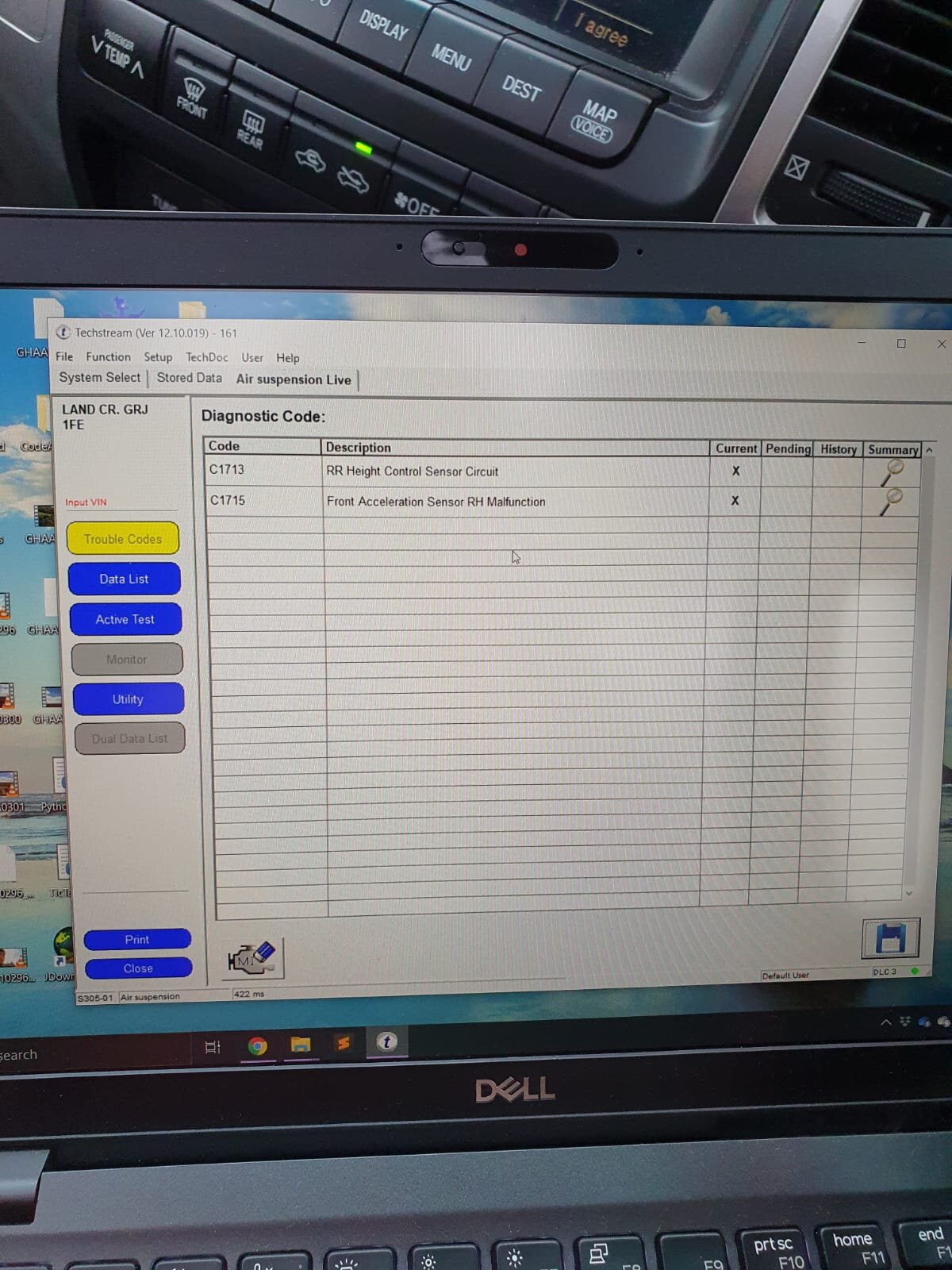 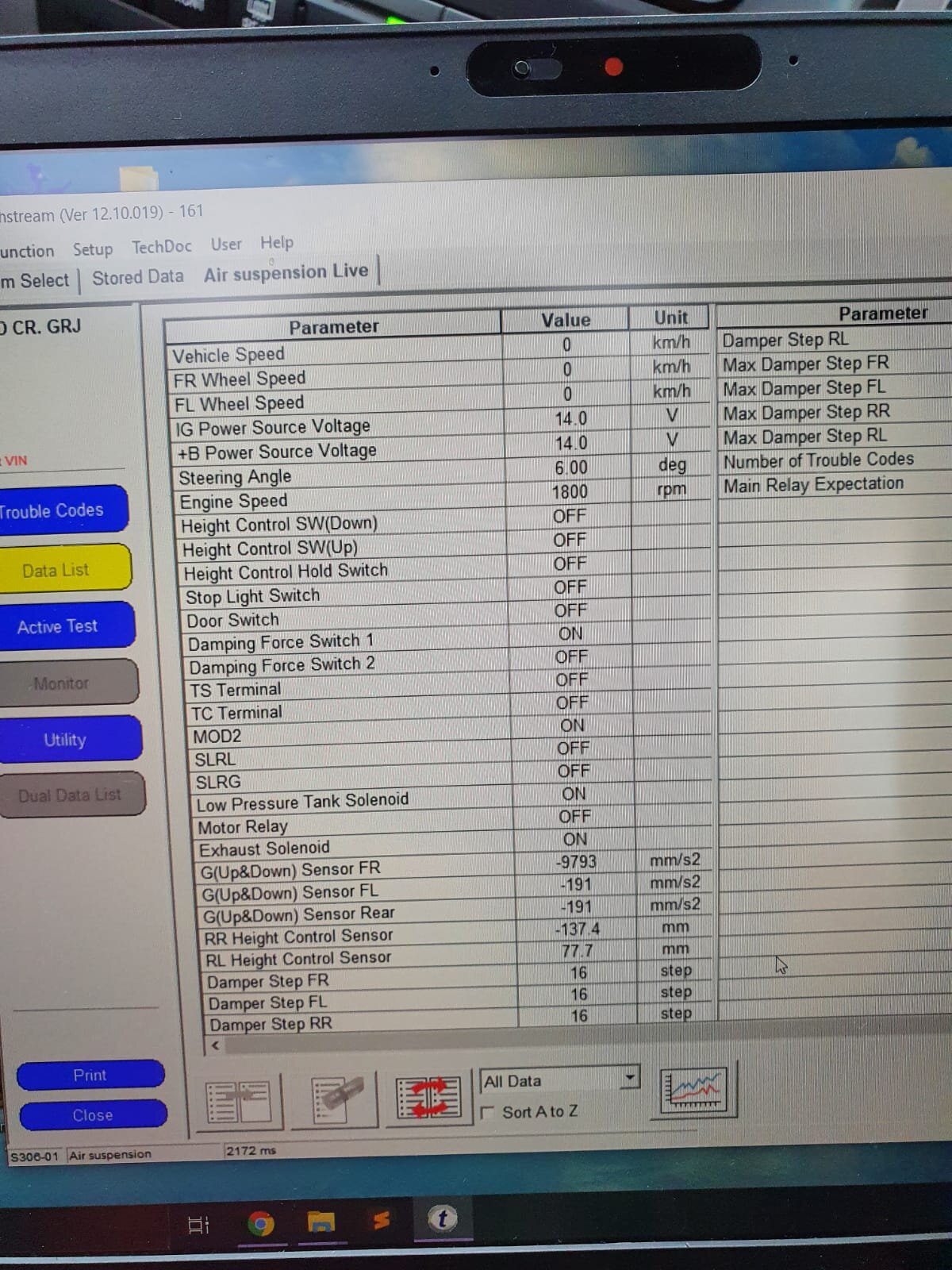 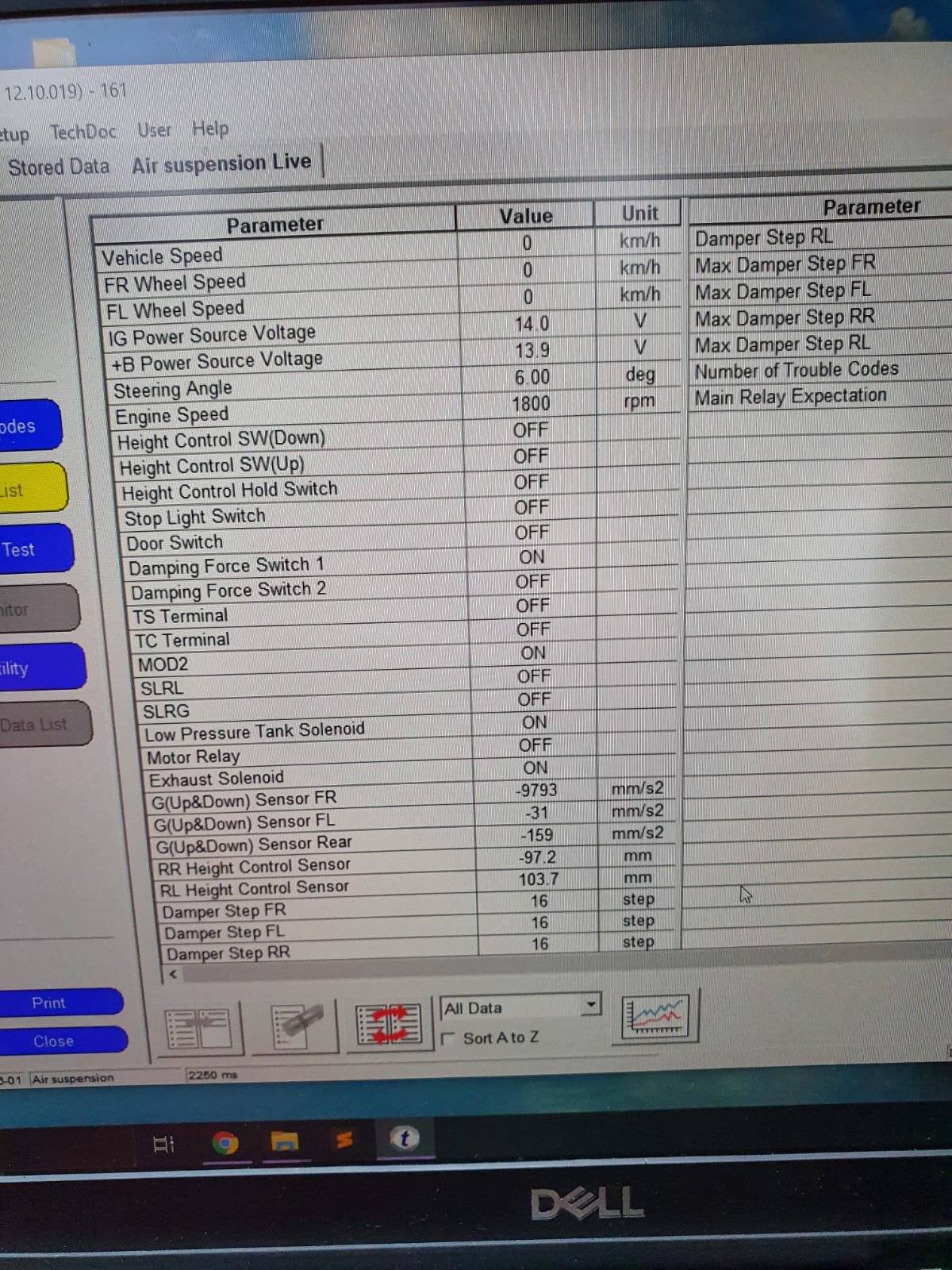 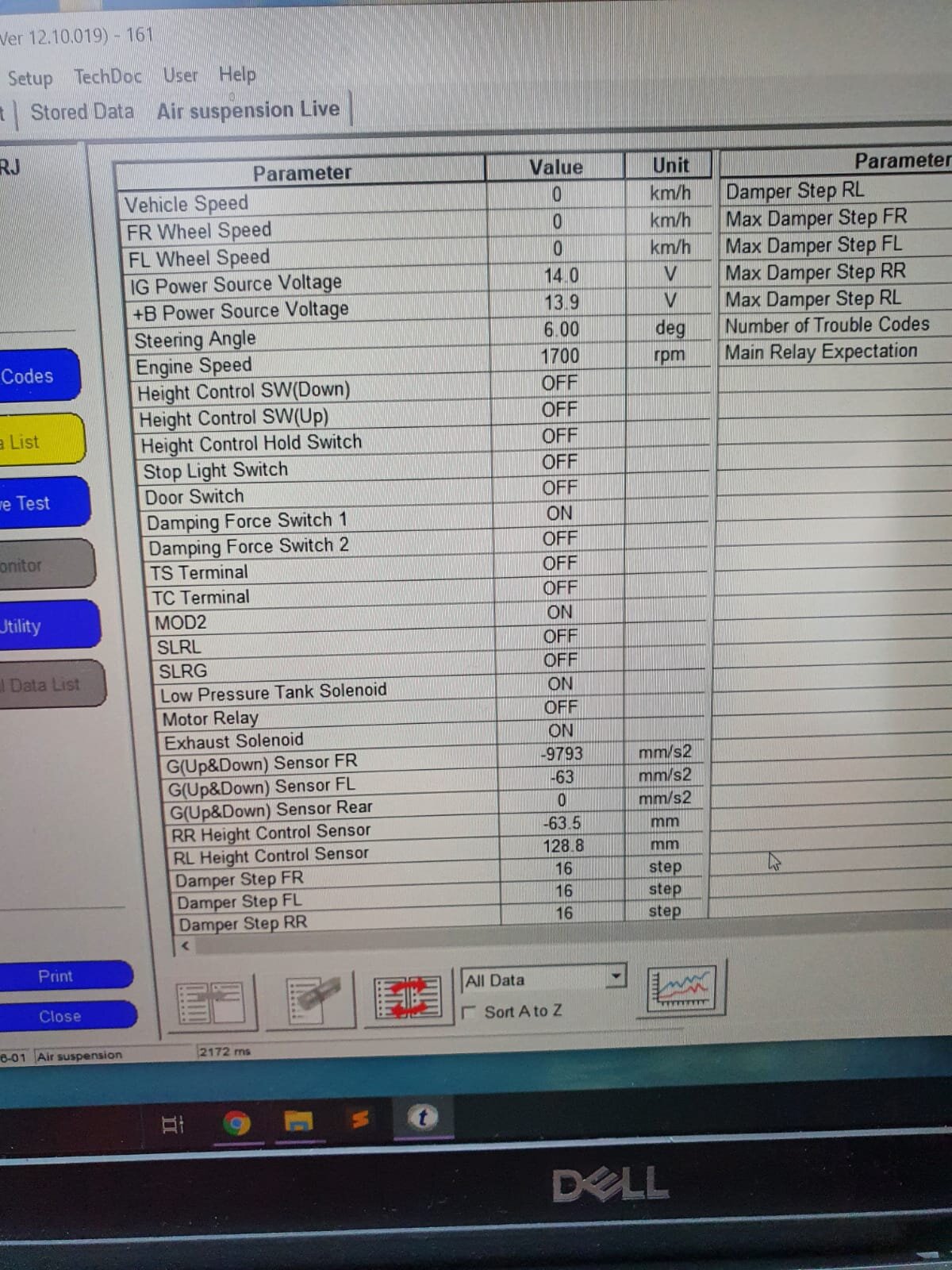 Can you actually measure the height change relative to the ground?
Looking at the measurements (i never plugged mine in when repairing) they seem proportionate ie 100/side avg, in the manual there is a method to measure the actual resistance of the height control and set them that way, i guess its just a variable resistor reading that goes back to the ECU? i was wondering if the measurements in the ECU were calculated from the readings on the height control sensors but the units given are mm?

Judging by the autosparks Reading the ecu gets the reading from the height sensors.
Apparently each side goes to +or - 50 and are set around the 0 marker but plus or minus by 5 either side is acceptable apparently.
I ended up removing my system and replaced with coil springs.
Last edited by a moderator: Dec 7, 2020
You must log in or register to reply here.

D
"Check Air Suspension" can this be turned off