Back door sag, clunk from the far back of the car

My back doors are sagging for a few millimeters at the lock latch for about 5 to 10 mm at most. The doors still close (I have to shut them a bit harder) and lock successfully. I also hear some clunks from the far back of the car when taking a corner and sometimes when driving over a bump. My mechanic has told me that the clunks come from the back door hinges (his colleague was in the boot listening where the sound is coming from while the mechanic was driving). So I suppose the back door hinges are worn, hence the back door sag and clunking sounds which the mechanic head them from the hinges. But I am not fully convinced that the clunks come from the hinges:

I lifted up and shook the back doors around to see if there is any play in the hinges and there is none, I also couldn't recreate any play when the doors were closed, so I don't really understand how the hinges are clunking if there is no play in them. Maybe there is a very slight play which I couldn't see or feel and because the doors are so heavy, even a small play could produce a clunking sound. That's one theory, the other one is: bad/rotted/worn out rear body-chassis mounts. I mention rear body mounts because I've read some posts about these clunking sounds and in some cases rear body mounts were the reason. Inspecting these rear body mounts for damage/wear is rather difficult I imagine?
Maybe I should take the back doors off, drive around and listen for clunks

...and hope there is no police around

Also: All shock absorbers, bushings, ball joints have been changed this year except for the body mounts of course. It will be one of the rear body mounts. I had exactly the same bumping noise on my 80 and went round the block in the back whilst Al was driving I could feel the thumping on the floor. I replaced the 2 rear ones ( not a big job) and its been silent ever since.
J

Update on the hinges and back door sag: SOLVED, the doors now close like a charm, they sag no more.
I put a washer for each bolt between the doors and the bottom hinge. 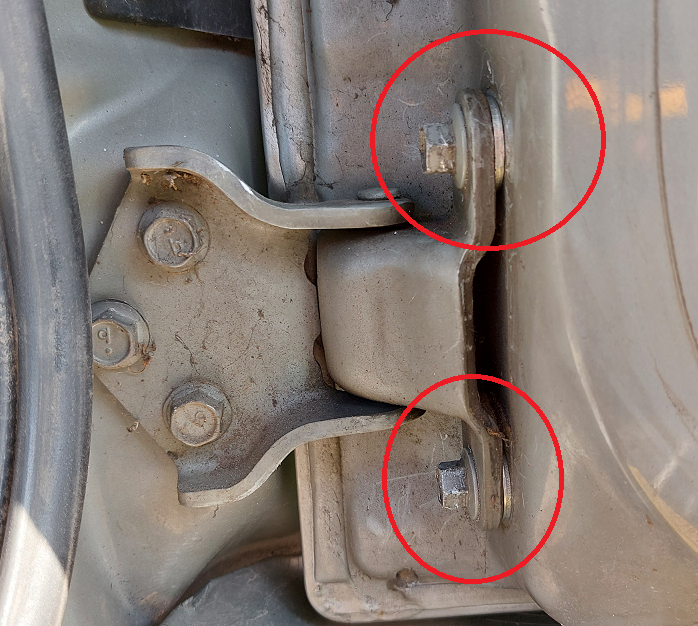 Update on the rear body mounts:
Passenger side (right side; LHD vehicle) body mount is shot: all rubber is gone, metal to metal contact. That should be the source of clunking sounds when going into corners.
Driver side is also pretty bad: there is still rubber but hard and fragile, dry rotted.

I think I will change both of them. 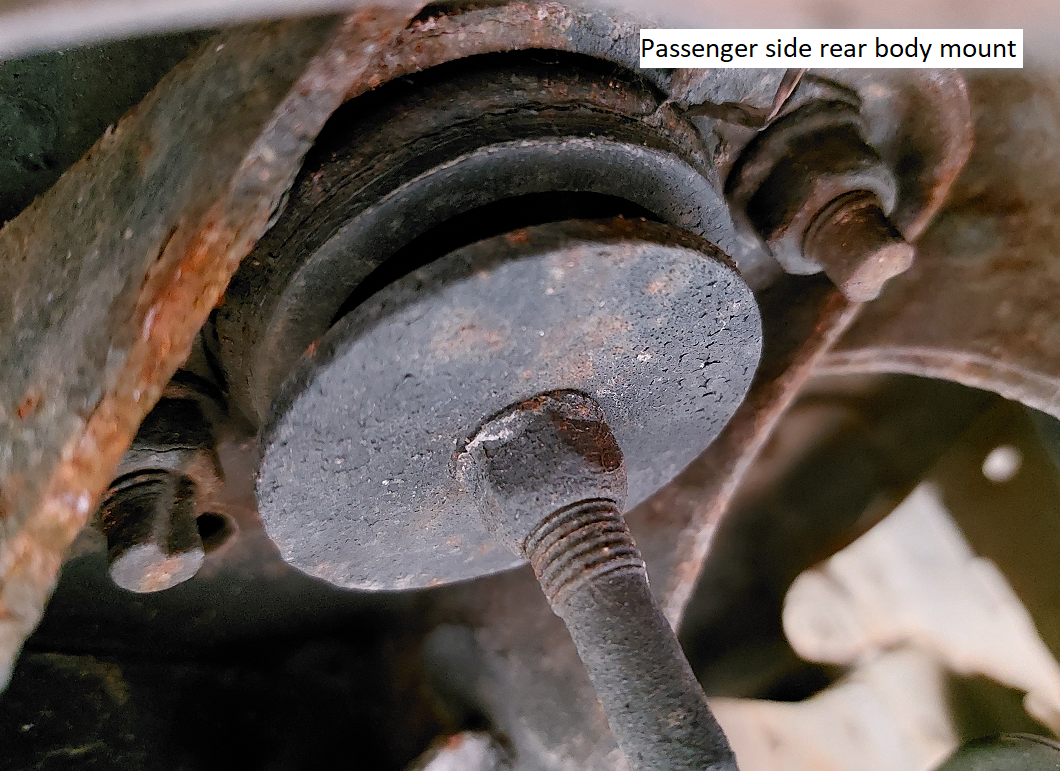 Another update: Clunking sounds are gone after sorting out the back door hinges!
Right rear body mount still needs to be changed because it's rubbish.
You must log in or register to reply here.

Z
Clunk from the back when turning