Thought I'd do the polite thingand pop in to say hello, especially as I'm likley to need your assitance in the near future!!

The 105 is an absolute minter, 2 owners, 139000 kms from new and in the collection of the Toyota dealership owner in Humansdorp, Eastern Cape. Full Toyota history and loaded with goodies probably worth nearly as much as the car!! Bought this as our Safari car as we have a small cotttage near the Kruger Park and will be heading into Botswana and Namibia in the coming years.
The 80 however is less of a minty thing and has seen a tough African life.
She started out as an 80 VX TD but the engine disappeared to be replaced with a 3UZ-FE from a Lexus with 5 speed auto and a few minor problems that need loooking at. Mainly interior stuff like AC heater not working (AC is icy as but no heat), non functioning rear heater and a drivers seat that is collapsing like theSoviet Union....
She's got a Raptor paint job which is actually pretty good for life in the bush but other than the standard CDL, no fancy offroad bells or whistles. Front & rear bumbers are home made creations by the PO and are fine for what they are. Roof rack is made of recycled Titanic and is probably over 40kgs.
But she starts, stops and steers and is fun to hack about on, especially visiting friends on their farms and visiting the local fishing lakes. 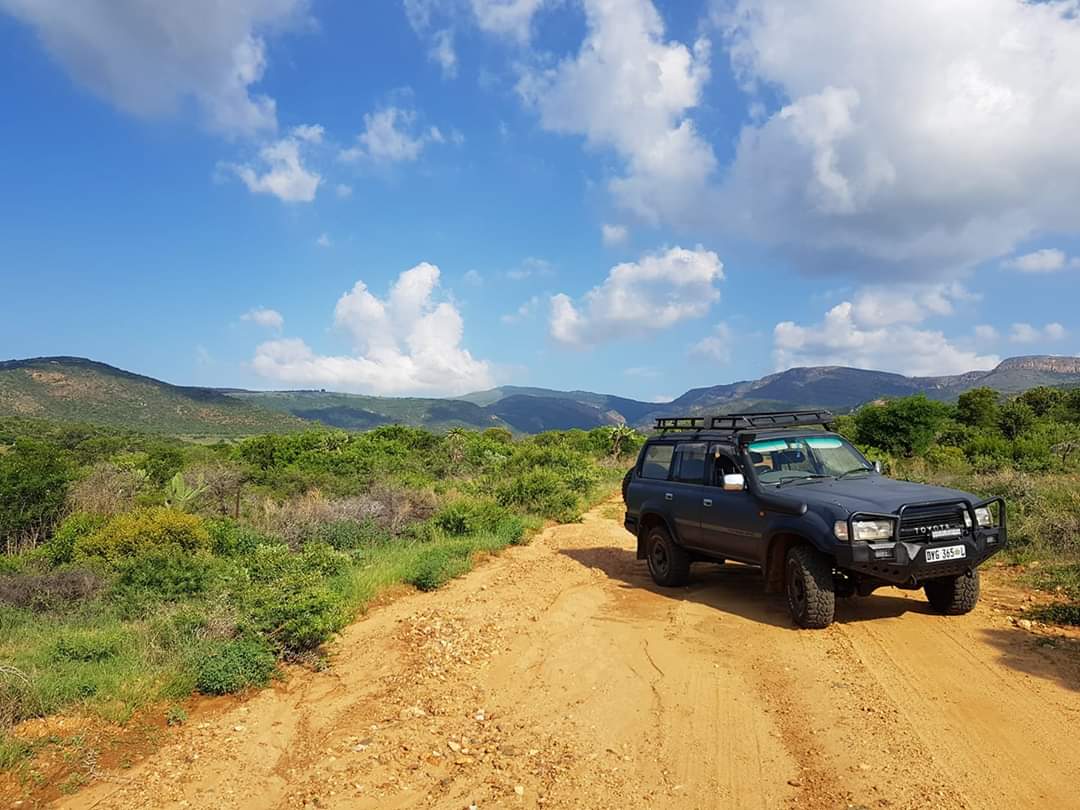 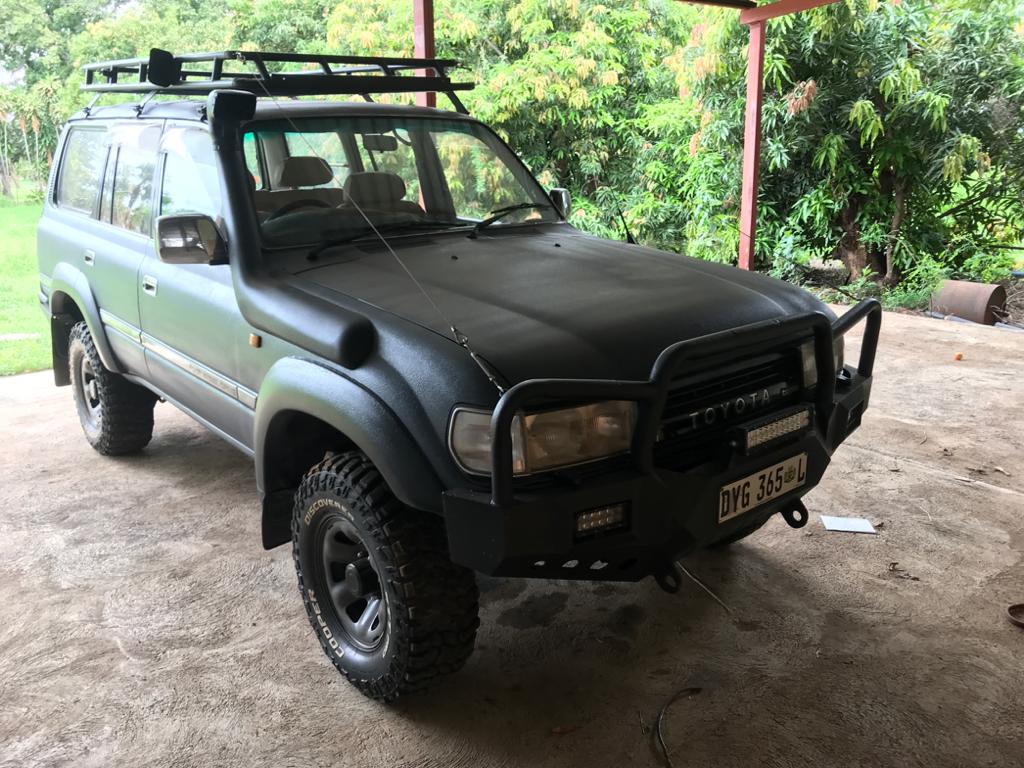 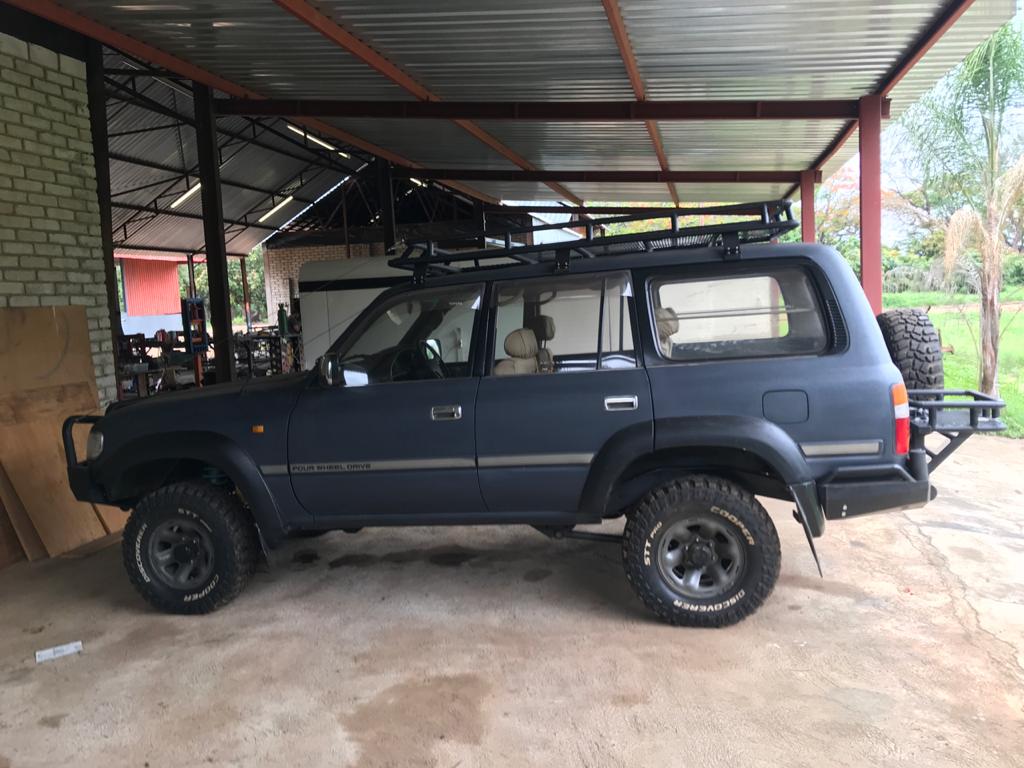 Hi good looking cruiser thanks for the pics.
S