Ready for the road - What should i do next?

Well at last my truck is ready for the road, sorry about the pictures but i did not have time to move it around

Its a 1998 HZJ75, my wife hates white vehicles so it had to have a bit of colour added

My question is what should i do next? 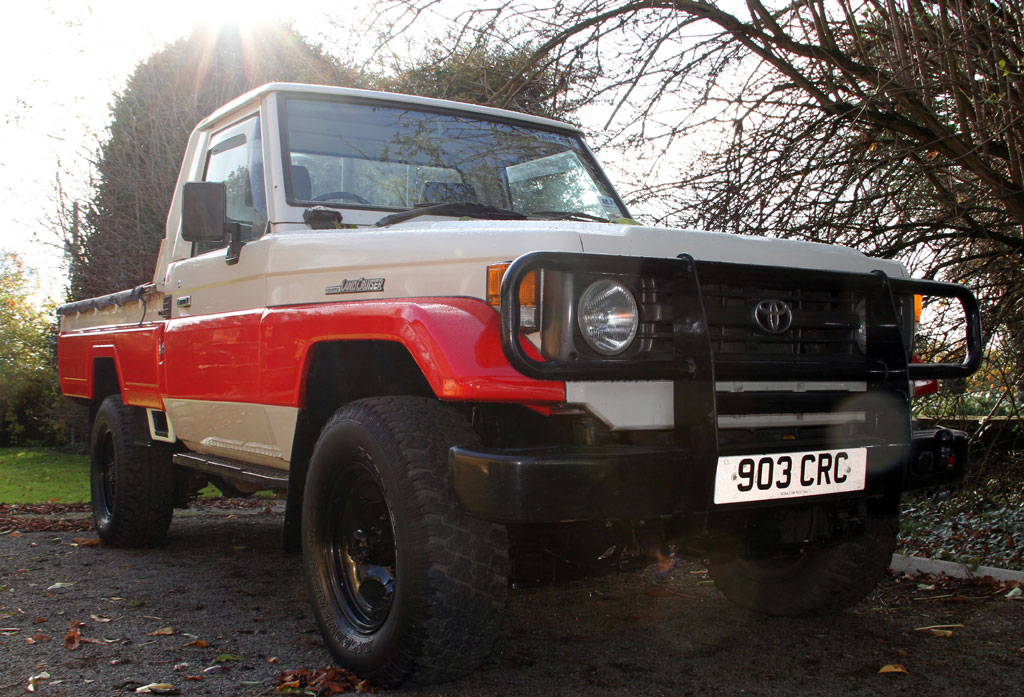 Birder said:
My question is what should i do next?
Click to expand...

Birder said:
My question is what should i do next?
Click to expand...

Excellent work Colin. What do you plan to use it for? Gotta say it's good to see a "proper" 70 in the UK

I am not sure Jimbo, i have several ideas.

1) I would like to do a list of all the official Green Lanes in Lincolnshire that are on the definative map (That will not take long) but while doing it record them with video and GPS using a roadhawk or the like http://www.exeros-technologies.com/inde ... g9300.html. I think it would be great if a group of us all did our own areas so we can upload and download to a website and see other areas before we go and even follow on google earth.

2) In the past I was a Twitcher and would drop everything to dash off all over the country to see rare birds, i have seen 460 species in the UK, but 10 years ago i stopped as i just got fed up of all the miles (40k to 50k per year), however i fancy doing the Pyrenees from end to end and maybe Norway, to see how many species i can photograph.

4) And finally i want to convert it into an expedition truck, I fancy changing the back to an alloy version and having a slide on camper box

. We have been married for 35 years but this time she has made it clear that either the truck goes or she will, god i am going to miss her. I do hope she comes back before i run out of things to wear

If you want to do some good with it have you considered joining your local 4x4 Response Network?
Tends to be very LR heavy so the more Cruisers the better

I had thought about that Paul, but the group that covers my area is Yorkshire and Lincolnshire which are the two largest counties in the country.

Everytime i look at their website most of their meetings are to the north or middle, so several hours drive away. I am way down the bottom so i am not sure i would be much help for them.

I have contacted them to see.

Love the sound of the expedition truck idea. Check out some aussie websites, I've seen some crazy conversions to these over there.

Good luck with the missus

She has just come back, wow i am glad, i was getting so hungry

My best mate makes these http://www.bob4.com so its going to be interesting

Collected a lot of parts ready to put on, when the battery bracket arrives from you i am going to start.

Paul said:
If you want to do some good with it have you considered joining your local 4x4 Response Network?
Tends to be very LR heavy so the more Cruisers the better

In the finish I had to chase several time to get an answer, they confirmed they had my stuff but i still waited. In the finish i chased the top man and he sent me the strangest emails saying he was to busy to answer and how annoying it was that people only joined when it was busy.

It got rather complicated and it was clear they are very badly organised, I was not the only one having the same problems.

It seems you cant get on the call out list to help anyone until you go through "Induction" which are done at local meetings, but they dont have time to organise meetings or do the inductions because they are busy.

As its all voluntees while I waited i went through the website and found lots of errors, I also made a map (on the web) with all the responders so i could see who was near me. I was quite proud of it. While i chased membership, I send a list of the website errors and the passworded URL to my map to the chairman, asking permission to show it to other members. I even offered to fix the site errors for them as thats what i do. They were not interested, in fact i had am email from the chairman saying he was to busy to "even look".

Strange considering he had time to play a word game on the forum but no time to look at my stuff.

Even though I felt like saying "get stuffed" I wrote back saying sorry that i was bothering him and maybe it was best i cancelled my membership rather than cause him more stress. He sent me back anther weird email blaming the local rep who in fact had done nothing wrong, so I finally withdrew my membership with the main reason being that i found it annoying that a responce group could not bother top respond, I even gave them my fees as a donation to show no hard feeling.

Then the snow came, and the control room called me, i explained I had not been through induction and was in fact not a member. They then agreed to remove me from the "On call list" and said they would get the chairman to call me.

To do some good i offered my land cruiser to someone who's father was very ill in hospital 60 miles away, so the family could go visit him on his death bed in bad weather.

I have since called Simon Bentley - Chair of the Trustees of 4x4 Response (National Network) and explained who i am and how i wanted to help and he said I am the type of person they need and he would speak with the local group chairman, but nothing has happened.

So, I am sorry to say locally 4x4responce my findings are that once you are a member and have been accepted all is OK but to get to that point is almost impossible or maybe they just dont want Land Cruisers.

Just so you are aware i have had several PM's from members about 4x4response,

The general feeling is that it does good work but some area groups are a lot better than others.

It often happens with volunteer groups that at first its just a few like minded mates who meet in the pub and organise things face to face, and as they grow they become larger with more widespread members but the same mates still run the group.

As new people join they talk to others and question how things are run and things are put on a more official commitee system with a chairman, Tresurer Etc.

All i want to say is best of luck to all the responders and keep up the good work.
You must log in or register to reply here.