Below a bit about the Super Glow pre-heating system in the LJ70.
Bottom line; my LJ70 has a short circuit somewhere in the glow-plug system.
My question: Any hints in finding a short-circuit?

Her's the runnup of events with a few interesting facts;

Recently, with the weather getting colder, i discovered the glow-plug in my LJ70 didn't work at all.
With the symptoms of a longer crank in the morning, i had a look after the symptoms stayed.
Normally my Lj70 lives in 20+ Celsius weather, so not much to do for the glowplugs most of the year

Here's what i did;

Here's what i found;

After some measurements in different wiring section I found there was a disconnect inside the connecter straight after the main relay. (28610 - 54280)
Looking side I initially saw nothing, these waterproof connector don't show much from the outside.
Tampering with the wiring inside the connecter showed one of the connector rods was fully loose, just came out when i pulled it with a pliers.
It looked like it was melted / burned away - the wire itself is quite thick, hard to break.

With the current running through the connecter, my initial thought was a freak manufacturing issue years ago.

What I changed / repaired;

Decided to replace the connector with wiring of enough thickness - removing the original connector altogether.

On the first glow attempt the wiring at the + PLUS of the battery started melting - smoke came from the wires!
So way too much current in already thick wiring -this is very very wrong.
Here I stopped, there's a short circuit somewhere in the glowplug system.

From here I had a look at the wiring diagram of the Super Glow system in the LJ70 (year 90 - 95)
It seems pretty simple, 2 relays, 1 resistor in the manifold and the glowplugs.
The wiring seems original without signs of tampering, the pre-heating timer works

The glow plug system worked definitely last winter - no doubt about it. Had a few -10 Celsius starts.
I recall the voltage meter always dropping down a bit as well during the glow period.
Since last winter the stem valve seals have been changed, which was quite an operation.
Also in this operation the glow plugs where checked - they all seemed ok.

So since the stem valve operation, something must have changed - but no clue where to look.
I checked the railing of the glow plugs which does not seem to touch anywhere.
The glowplug resistor seems ok and wired correctly.

Any idea's where to look for this short circuit?
Obviously, the connector was the weakest link and burned out because of the short circuit.

Firstly, did the cables get hot away from the connectors? Not sure on the 70 series but the 80s have fusible links. Was it one of these/do you have them? They are short pieces of skinnier wire straight off the battery.

I'm guessing you don't have a DC clamp meter that measures current so the below is a very crude test.

It's very difficult checking glow plugs themselves, but you could temporarily disconnect the cable from the bus bar and keep it from touching anything. Then briefly try the glow system. If no smoke and obvious signs as before, then the fault is with the glow plugs. * You can start disconnecting each in turn from one end and lift the bus bar away without letting it touch down. Connect the cable back onto the bus bar that you disconnected above. When the condition stops, the last plug you disconnected possibly has the fault. Check the top connection point for signs of the bar touching down, wrong placement ifvwashers or nuts that sort of thing.

Or, dependent on mileage, it may be a good idea to renew the glow plugs as a matter of course.

* if the fault stays when you have disconnected the cable from the bus bar, then the fault is not with the glow plugs but elsewhere. You mentioned a resistor in the intake? This may be an intake heater similar to the 100 series (I don't know). Again, disconnect this and see if the fault goes away. This may be a simple one to do first. I believe they give trouble on the 100s.

Take care when doing this not to allow the glow circuit to run for more than a few seconds. There is also a possibility the contacts could weld on the solenoid so watch out for that not turning off. Ideally you should use test equipment but the above can be used without as long as you can differentiate between a short circuit and normal operation at around 80 A.

Good luck with it and let us know how you get on.

Hi, thanks for your thought - I went at it straight away this afternoon.

Found the root cause - the wire connection to the glowplug railing was fitted the wrong way! The isolation cap can easily fitted the wrong way, which resulted in burning the connector. 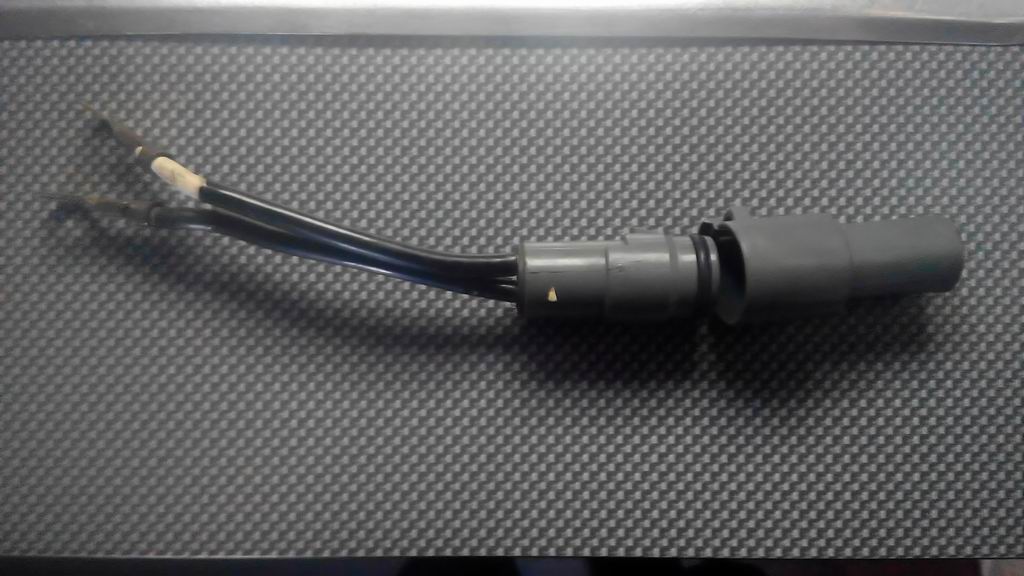 Thanks for the thoughts and hints

Glad you got it sorted Arno and thanks for posting the photo. That's a connection point that is not present on newer trucks as it connects at one of the glow plugs or direct to the bus bar.
Well done.
Don't like the adverts? Remove them by becoming a supporting member.   Click here

Yes - glad I found the short-circuit, now starts like a charm in cold weather.

Still baffled why there isn't any (heavy) fuse in the Super Glow circuitry.
The schematics seems to shows 3 icons which seem to be fuses?
In the Super Glow wiring in my LJ70 there is none to be found - burning out the connector.

The Pre-Heating timer has a 15 Amp fuse in the fusebox - which matches the diagram.
The icon for this are different compared to the other 3.

Have a look for little bolted connector blocks near the battery with around 3" of thinner wire from the battery to them. I'm not sure if your truck has them but the 80s do. These are fusible links, big fuses in other words.

Its indeed a fusible link found near the battery. The plastic cap seems to show the fuse rating.
The fuse is not inside the cap, just connector loops to connect the fusible wires. (2 pieces)

The fuse is on the fact the wire (fusible link) which burnt out with Smoke & Smell after i replaced the glowplug relay connector with thick wiring.

For my LJ70 the connector fried internally, not the fusible wire.

The wires in the picture are the normal non-fusible wires on the other side of the connector cap. In truth Arno, the connector most probably failed through being slightly less conductive than it was originally. This is often due to corrosion and sometimes just by not being man enough in real life compared with the theory (which usually results in something better next time or even a recall). Being less conductive, in other words having a slightly higher resistance, results in heat which hastens oxidation and the whole process is a chain reaction until the joint fails. This can be quite spectacular under short circuit conditions.

So, has your fusible link melted?

The fusible link did its job and blew after replacing the connector with thick wiring.
Now I've replaced the fusible link with a normal piece of wire.
Have to look to replace that temporary wire too sometime.

Now a few odd starts since the stem valve seals fall in place.

To name few odd starts in warmer weather with no glow plugs at all;
- shaking engine just after start (no combustion in a few cylinders for a few secs)
- white plume of smoke just after start (diesel fuel not burning)
- occasional longer crank

All subtle changes in warm / hot weather with cold engine.
Having no glow plugs really comes forward when its getting below 15 degrees Celsius

Still quite amazing, the engine started quite ok most of the time without ANY working glowplugs

You need to replace that wire now or disconnect it. No ifs no buts. It needs fusing.
Removing any form of safety device is never a good idea. A 50A two bolt fuse should be put in its place if you cannot get hold of the correct fusible link. This may blow but should be a good place to start if the correct value is not known (which I believe has been the subject of some head scratching before on here). If the 50A blows, increase by 5 or 10A until it holds for normal use. No more than 80A.
If you are unfortunate enough to be involved in an accident which damages and shorts that circuit, you will potentially have a fire on your hands.

Totally agree - better get it fused.

Definitely not available / on stock in where I'm at.

The fuses are the wires itself - created to burn out on purpose. 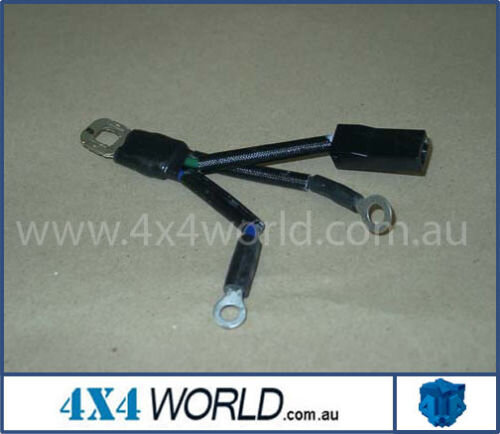 Arno said:
The fuses are the wires itself - created to burn out on purpose.
Click to expand...

Quite the description of a 'Fuse'.

A deliberate weak link that is sacrificial in order to prevent injury to life or property. Or…
A place for the smoke to escape when it runs around and doesn't know what to do with itself .