Our 100 Series Over Land Cruiser

Hi folks,
Thought I'd share a few photos of our new Land Cruiser and re-introduce it to the forum. A few of you might recognise it as it was owned previously by two forum members (Julian and then Doodle).

I headed down to Manchester on the train with my Dad on Halloween to meet the seller (a nice genuine guy that was planning an overland trip in it but had a change of plans). After a test drive around the city streets, a deal was done and we set off, back up the motorway in Amazon comfort. Stopped off at Tebay services for a decent meal (and then a quick stop to look at two old Land Rovers we spotted for sale in someones front garden)!
The truck drove great all the way home and a good day was had by all.

Heres a list of as much of the spec that I can find/remember (handy to keep a list for my own benefit as well):

There was loads of other things the guy had like the Patriot Roofbox, MyWay Serengeti roof tent, Jerry can holders, inverter, battery management system, leisure battery, water purification system, taps, plumbing bits, calorifier, etc, etc, but I didn't need any of that as the most 'overlanding' we're planning to do is day trips to the beach and into the hills.

Im really happy with it so far, the service history and having things like the AHC suspension changed and the gearbox recon with new torque converter took a lot of the worry out of the purchase. Still a few jobs to do to it though.

The seller was certain the centre and rear diffs were working correctly but I couldn't get the rear one to lock. I'll need to investigate further but not tried it again since I got home. Also, theres a bit of play in the front passenger wheel bearing (it was an mot advisory).

Im planning to do a good bit of maintenance myself with the help of the friendly folk on the forum. I might add a few extras and modifications as well.
It'll be used as a daily driver and weekend tourer to the beach and hills.

Looking forward to hearing peoples thoughts and suggestions for it.
Only got a couple of photos of when I collected it and one from the other day. I'll get some more up soon 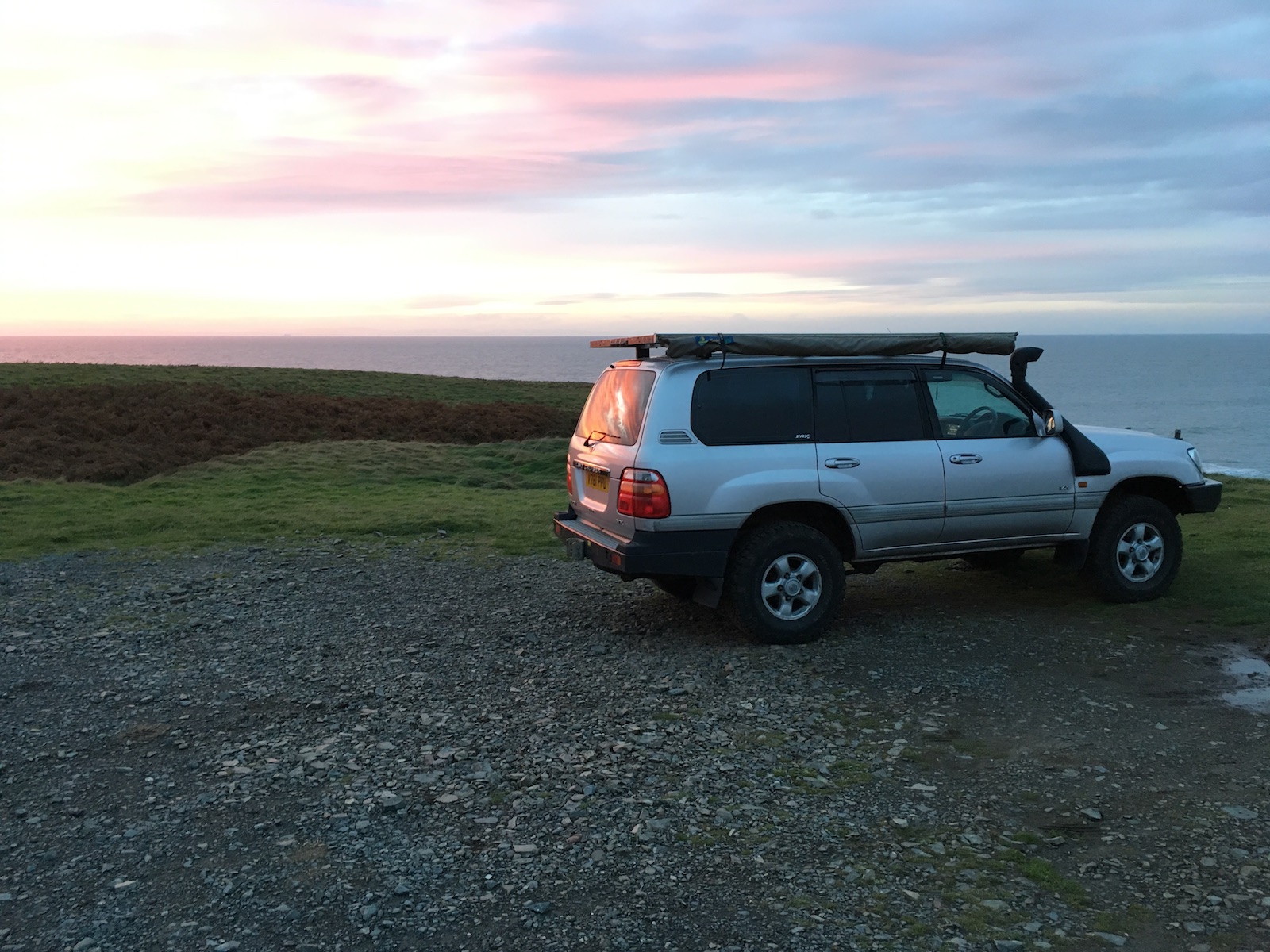 Looks like a super buy there Jamsy, well done. Is the guy selling the stuff you didn't take?

Very nice James... I remember seeing that on ebay ( that bit of trim missing).. good on yer enjoy it mate... Looks alright

Well done, Jamsy. I saw that listed on eBay for all of about five minutes. A lot of gear for the money.

Good luck with it and give me a shout if there’s anything you want to get rid of as you go along.

Any suggestions where I could get the bit of missing trim?
Don't like the adverts?  Click here to remove them

Jamsy said:
Any suggestions where I could get the bit of missing trim?
Click to expand...

Well I could suggest somewhere but from what I gather all club members have been " blackballed" so I'd look through Ebay for a proper breaker or bite the bullet and see Mr T.

Top tip: Once you’ve tracked down the missing trim, buy a small roll of 3M M261 matte grey car wrap vinyl, cut to size and cover all the faded centre strips. £15 that will make a BIG difference to the look of your new car. AndycruiserguyLomas said:
Well I could suggest somewhere but from what I gather all club members have been " blackballed" so I'd look through Ebay for a proper breaker or bite the bullet and see Mr T.
Click to expand...

Karl? Not the blackball of course.

Thanks for the tip Jacob, I'll add that to the growing list of jobs I have planned for it. First of which will be to get a look at the starter motor as it seems to have developed the 'clicking' fault sometimes when trying to start.
You must log in or register to reply here.

Maurie, the little 1HZ that could