I'm not sure that this will have reached the international media, but we're enjoying several weeks of protests against the government recently issued ordinance which when it comes into force, will effectively pardon all those found guilty of corruption, most of which are the politicians that have introduced the ordinance.

The ordinance was brought in on the pretext that the prisons here are overcrowded and the EU is imposing fines because minimum prison standards are not being upheld.

So the answer that these corrupt political numbskulls have come up with is an amnesty that releases non-violent criminals from the prison system.

This, by coincidence, would release all the politicians found guilty of corruption over the last 10 years or so, and quite rightly, people are not happy about it.

There have been large scale peaceful demonstrations, with up to 300,000 attending, which is quite a sight. 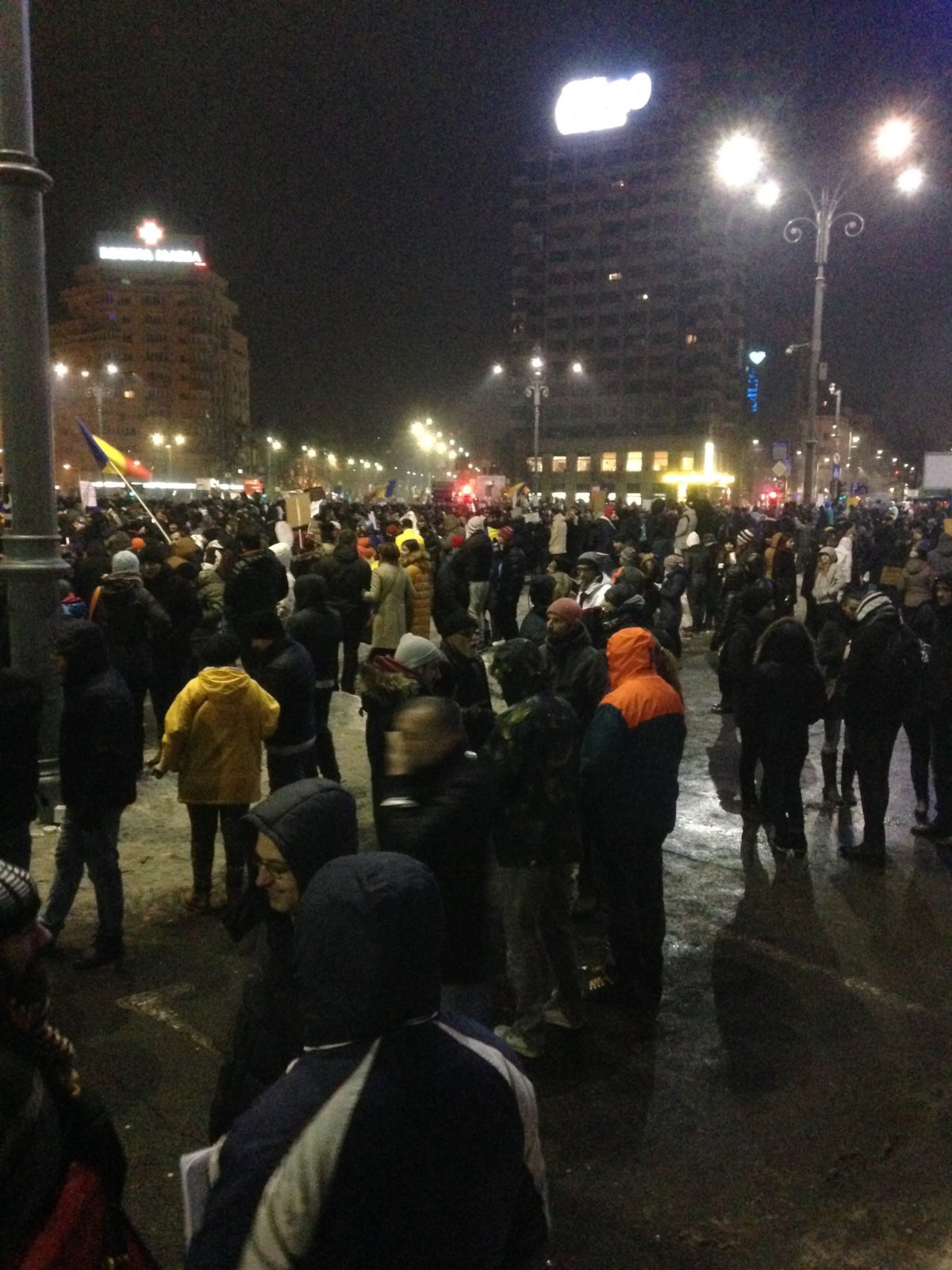 Good carnival atmosphere, really great to be able to take the family to such demonstrations knowing there will be no hooliganism or violence.
Reactions: grantw and Pat

And a good article All animals are equal but some are more equal than others…
Reactions: clivehorridge

Why is your image on that banner Clive? 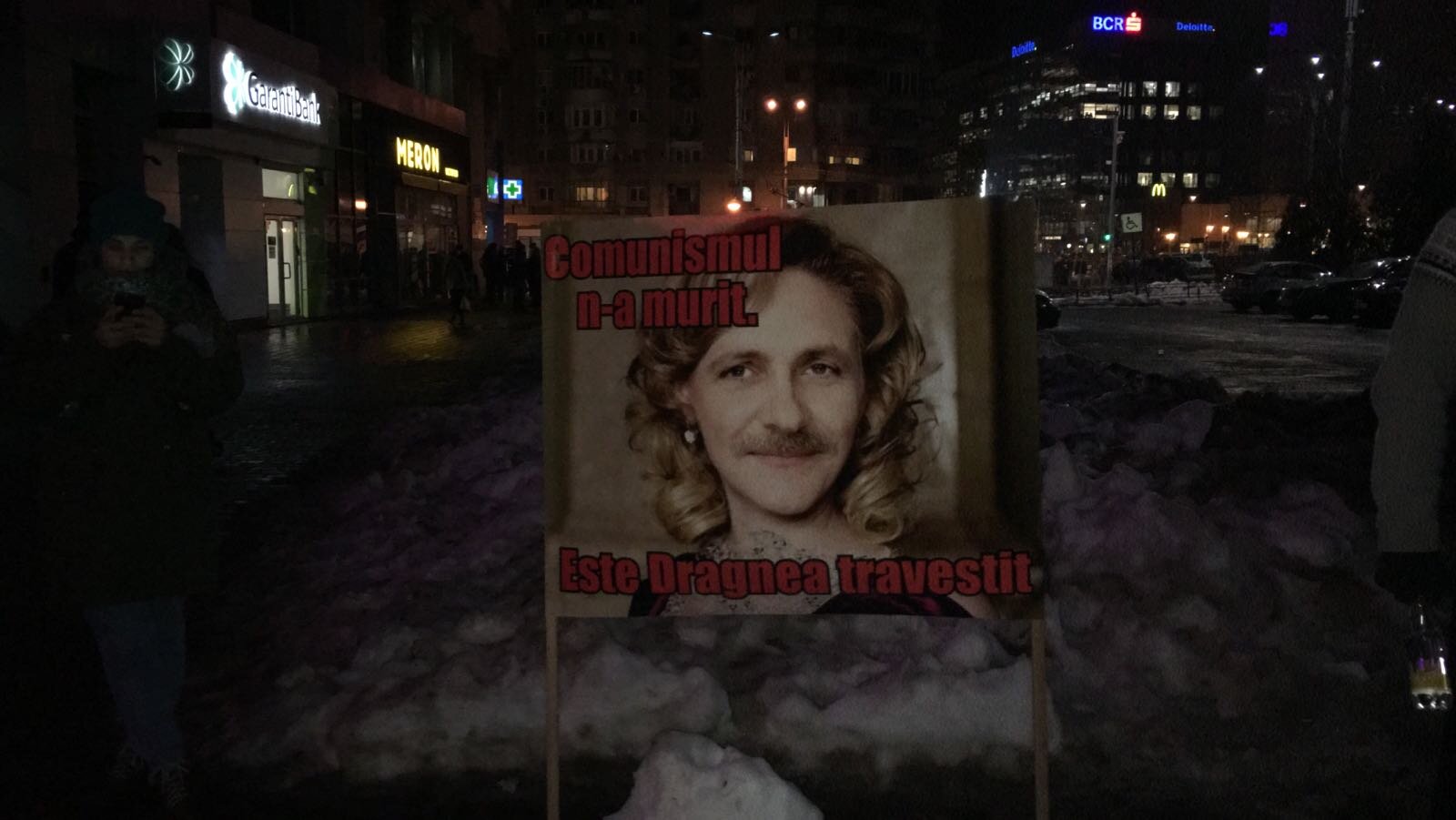 Chas said:
Why is your image on that banner Clive?

He's Dragnea, the president of the ruling Party, PSD and they made him up in that picture as a transvestite...

Some of the placards are quite amusing...

We've just got home, and it's bloody freezing out. Some have been there all day, the turnout this evening has been good considering, about 10,000. We live about 300 m up the street from the tall building on the left of the photo below... and the building on the right is the Government building attracting all the protestors' attention. Incredible , mainstream media has been reporting far bigger protests left right and centre lately yet i have seen nothing to resemble your pics Clive .
Reactions: clivehorridge

Sadly, this is the way the international media is....

I'm actually rather proud of the guys at these protests, it shows that the old communist mentality has gone from the populous even if it's still kicking its death throws in the politicians and government.

There was a time when the general public would have just accepted nonsense like this ordinance because they felt powerless to object.

Even the police and jendamarie are sympathetic to the crowds, moving the barriers to give them more space even if it means closing the roads to accommodate them.

There are tea and coffee stands set up in the piata and tonight there were gangs of guys with snow shovels clearing the snow away so that protesters weren't standing up to their ankles in slush.

It's very noisy with chanting, songs and a sort of audio Mexican wave of booing sweeps across the crowd from time to time.

Still protesting, tonight we made the Romanian flag with pieces of colored A4 paper illuminated with our phone torches. We were in the blue sector....

Save your bit of blue paper for Ana, it's a part of Romanian history.

Chas said:
Save your bit of blue paper for Ana, it's a part of Romanian history.
Click to expand...

Ha, ha! They were on the kitchen table when we left for work this morning.... maybe we'll need them again before too long