Yup, it's with a very heavy heart that I list my beloved LJ78 overlander for sale. Laura and I are in the process of buying our first house together so I need to raise as much cash as possible. Just selling on here and another forum or two for now - there's some rust and flaky paint on the o/s/rear arch that I'll be working on in due course and once that's done he'll be going on ebay if he hasn't sold in the meantime. Oh, I hope to replace one very bent rear quarter bumper too.

Rex's achievements are numerous - including driving up "The Bastard" (Dovey Junction) swiftly and without any aid, and carting myself and the now Mrs Jimbo all over the UK on our surfing trips. But nothing tops taking on the Atlas Mountains and driving through the Sahara with 4 passengers and all their luggage. A lot of doubt was cast on Rex's "paltry" 2.4TD engine before the trip as they have a reputation for overheating, but I had well placed faith in my old bus that's never let me down, and he hauled us the whole 5000 miles without complaint (okay, so the fuel pump blew a seal while we waited for the boat back across the channel and we took advantage of my AA cover once we were back on UK soil - but it was only to save spilling diesel all over our great British motorways

For a 2.4 he pulls incredibly well and will happily see off your average chav-in-his-mums-supermini at the lights, and even as heavily laden as he was on the big trip he still cruised well (although thirstily) at 85mph on the European motorways. Most of you will already know that bodywork is not Rex's strong point - partly because I believe dents add character and partly because I sometimes don't know when to stop when extreme off roading

Non-the-less rust is minimal (the arch mentioned earlier is all I know of - and I do know all his most intimate areas). Worst of the bodywork otherwise is a dent under the drivers door mirror which happened at the same time as cracking the snorkel on a tree at Lincomb. I bodged the snorkel back together with duct tape... I should note here that I don't make a habit of bodging but it got me home, then around Wales several times on laning/camping trips, then to the Sahara and back... it's still taped up now and looks presentable enough and is still functional so I've not seen the need to replace it! There's a few other dents and scratches here and there but nothing that detracts from Rex's rugged good looks. The lacquer has blistered in places from hot sunshine in a previous life and the roof and bonnet are showing signs of patina from this but I like it.

Make no mistake, Rex has lived a hard life in my hands but has been treated with the utmost care and respect when it comes to repairs and maintenance. As a result he is mechanically and electronically 100% sound, bar a slight cough on cold start which I'm told is due to a minor air leak in the fuel system. It hasn't got any worse in the four years I've owned him. I would happily take him back down to the Sahara tomorrow (very very happily... oh I would sooo love to do that!). I suppose I should list the mods, these are very numerous so there's a chance I'll be back to add more as I remember them....

Interior:
Moonraker CB radio and amplified mic
Pioneer CD with USB input
Switch for old spot lights is linked to only come on when sidelights or headlights are on - wiring is still in place for any new ones you might want to fit.
Extra cup-holders for rear seat passengers
Bolt-in false floor boot build 50/50 split for use with 3rd row seats. One big drawer and one large cubby hole with small cutlery drawer over.
Leisure battery (120a/h iirc, not deep cycle so it can be used to jump start off)
500W pure sine inverter
Rear 12v outlets off leisure battery for chargers, fridge etc

What else? Erm, the speedo needle. I have no idea why but it's obviously been snapped, perhaps when the clocks were changed to mph. It has a little stub to point your speed out. Actually that's wrong - it has a little stub to point the wrong speed out. You can use it as a rough guide but I would suggest running a sat-nav for a more reliable reading until you get used to it. Also there's no air-con as some ham-fisted mechanic clobbered a hose fitting off the compressor (then denied all knowledge, of course). I've since borrowed the belt and idler from the system for the power steering system as the old idler was on its way out and I never used the air-con anyway.

I think that's about it, someone might come on and point out something glaringly obvious that I've not remembered to add soon, or I might remember something else so I'll add it if I do. At the end of the day Rex is a Land Cruiser and a damn good one too, but don't just take my word for it, check out my photos: 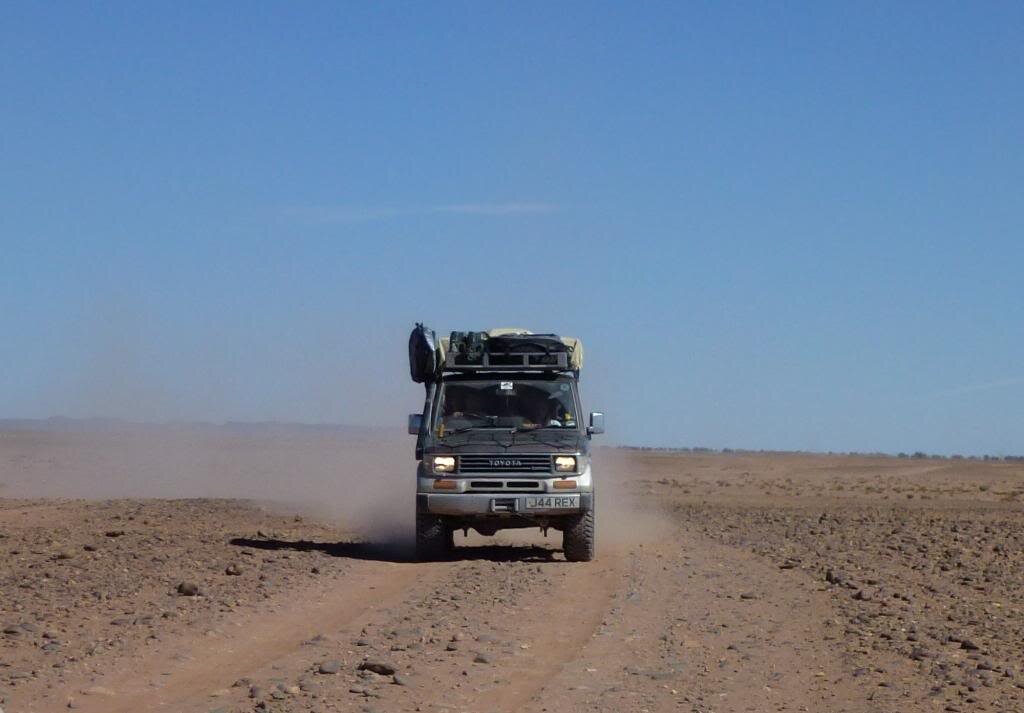 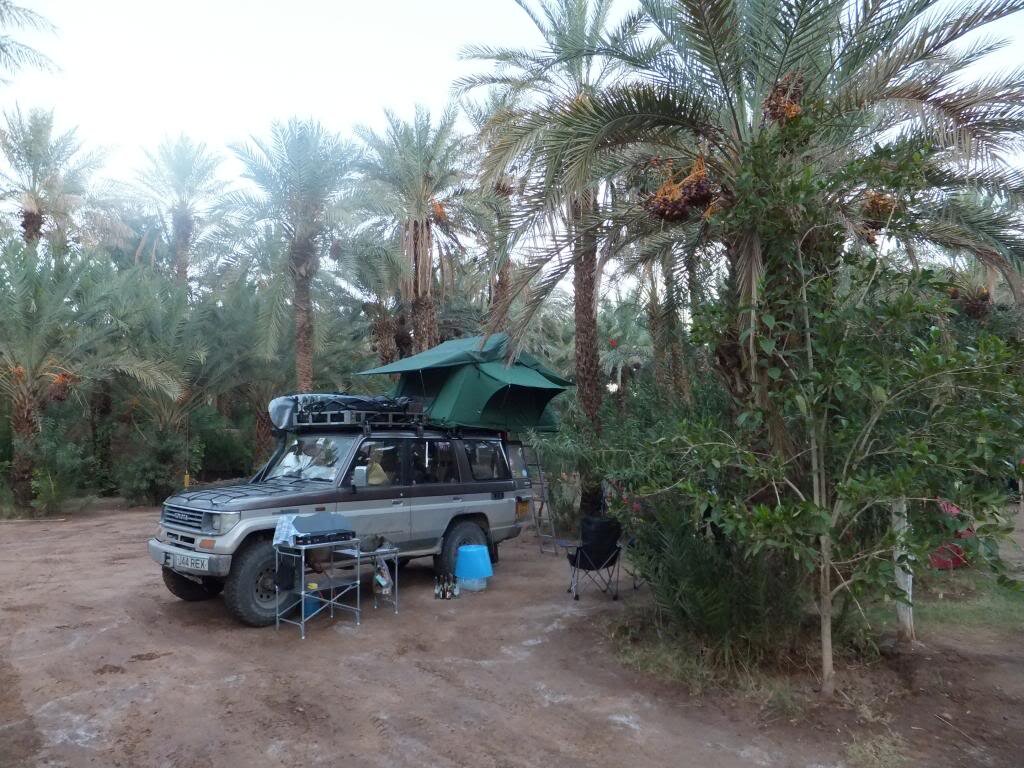 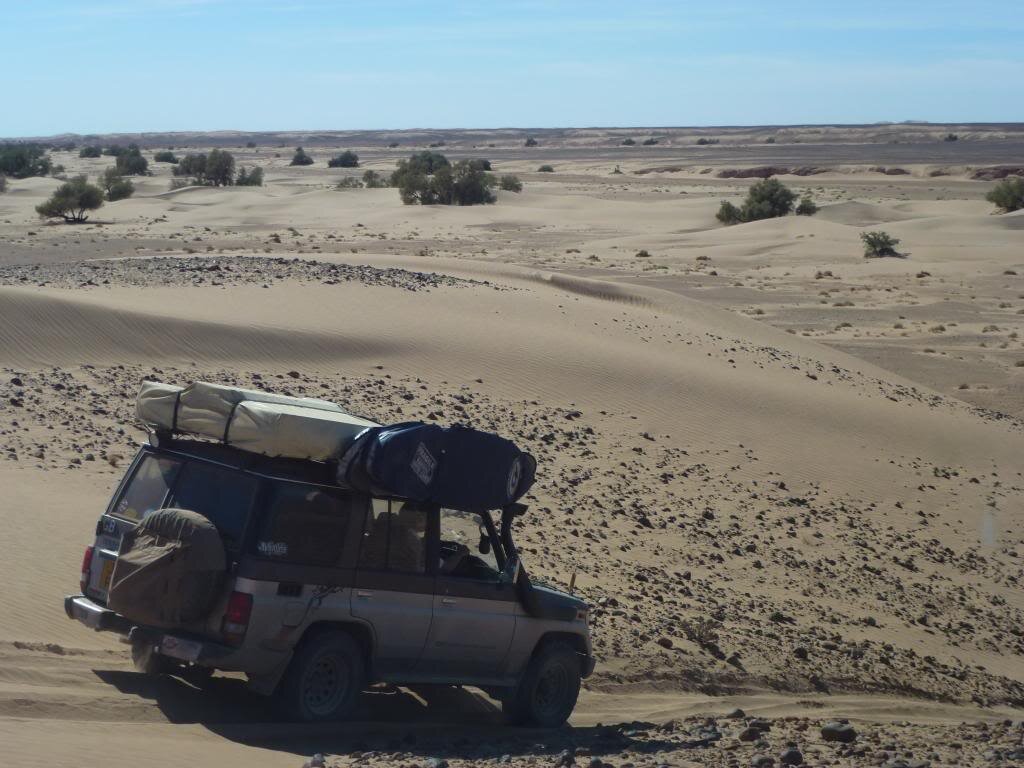 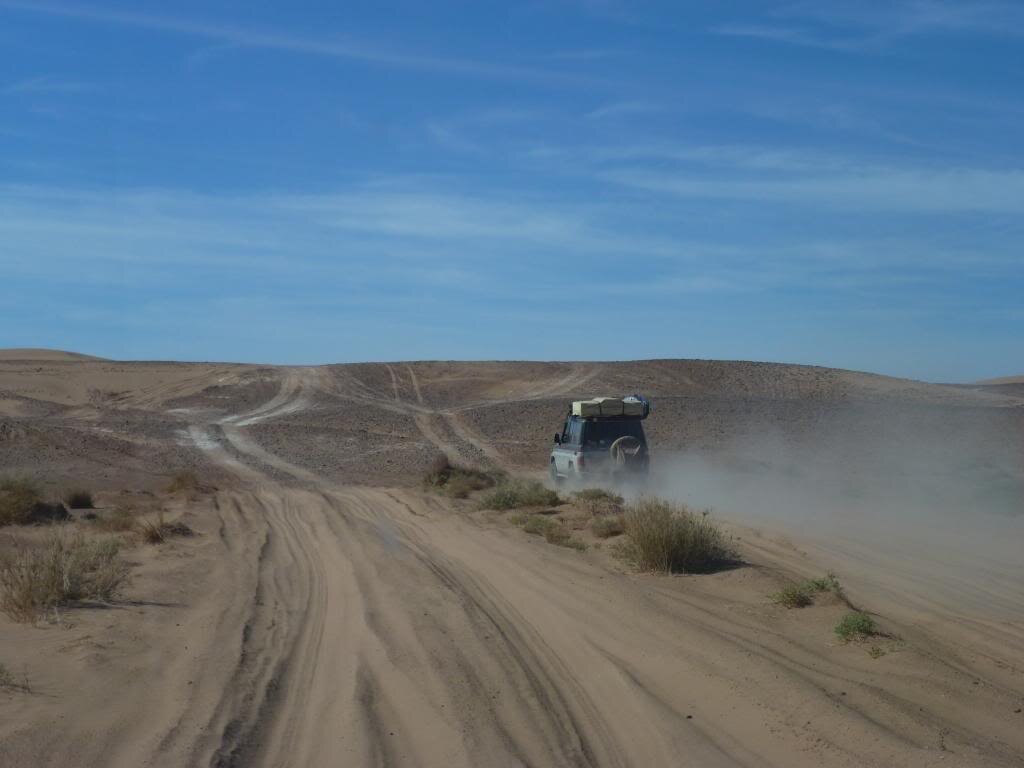 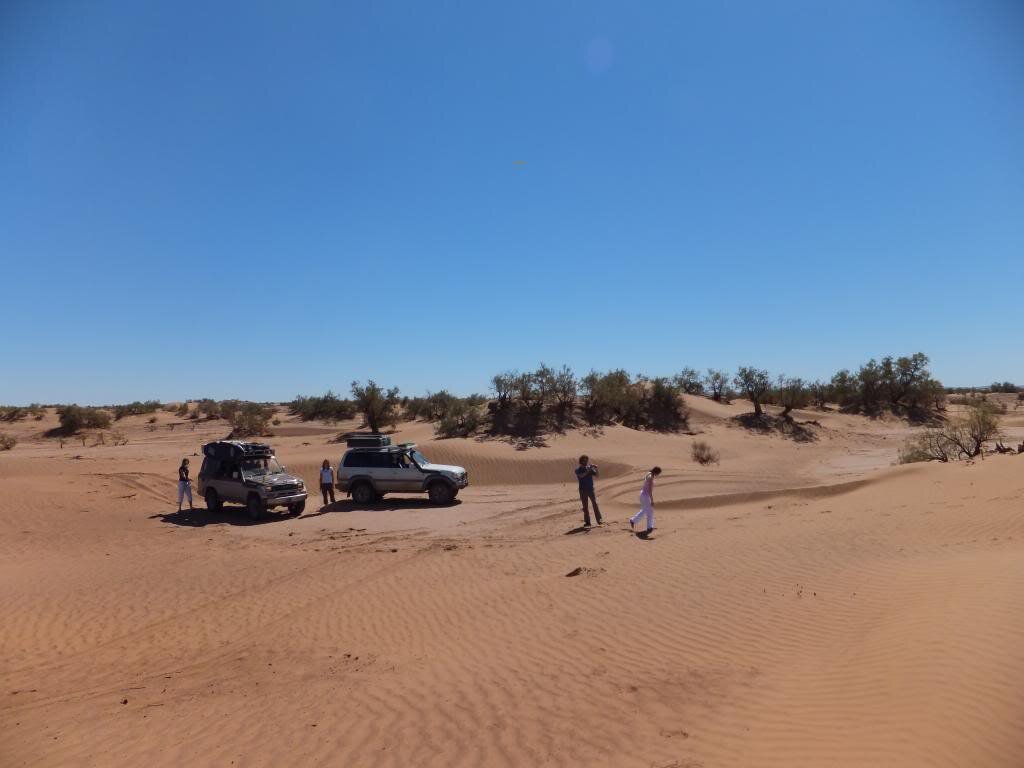 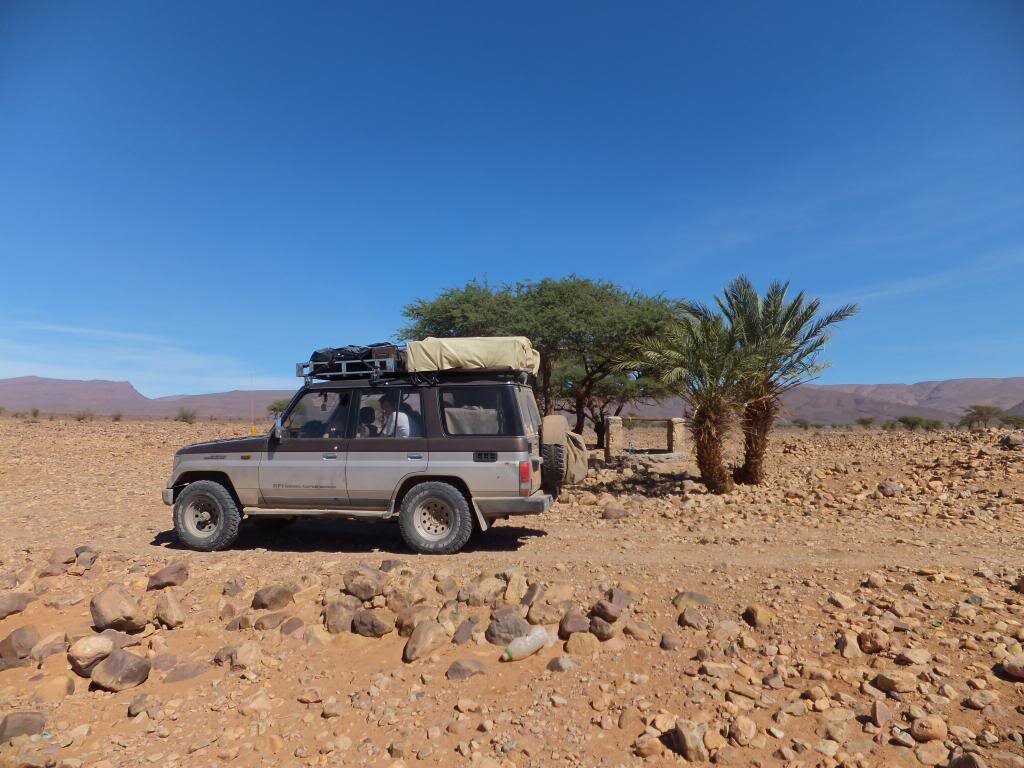 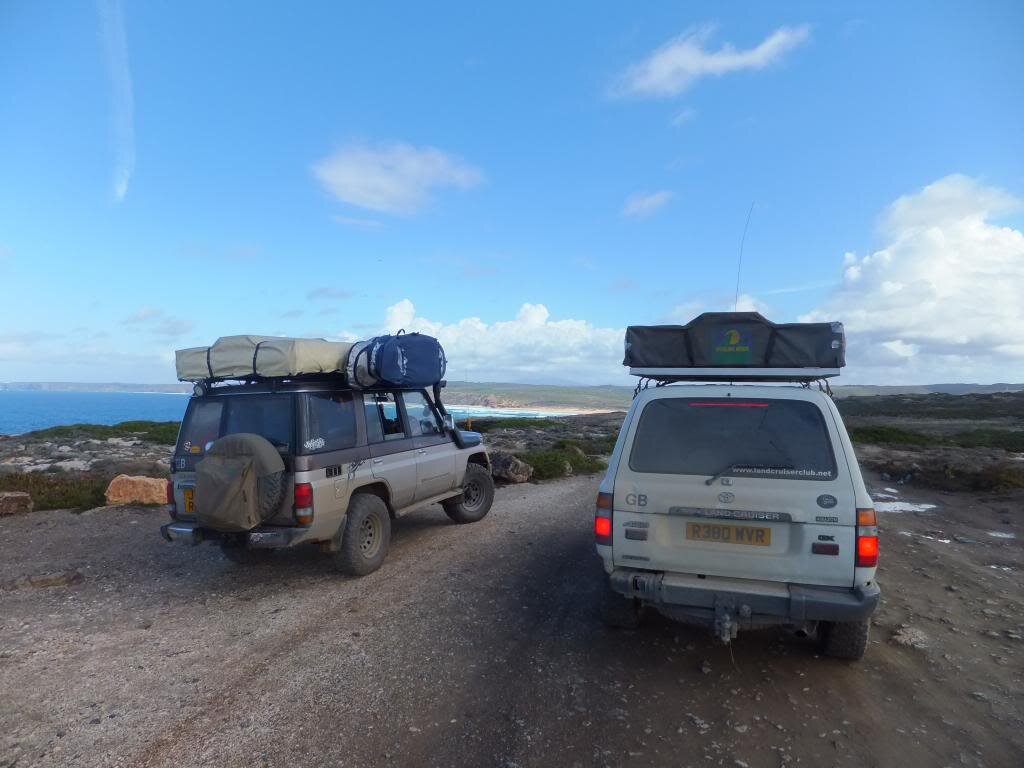 Thats a sort of real shame its got to go Jim - but family life does have to intrude sometimes!

I hope it finds a good home - you were the very first person I had any contact with when I bought my old LJ78 and I was looking at suspension mods, so hope you intend to return.

What about coming second at Lincomb May 2011? Surely Rex's biggest achievement! 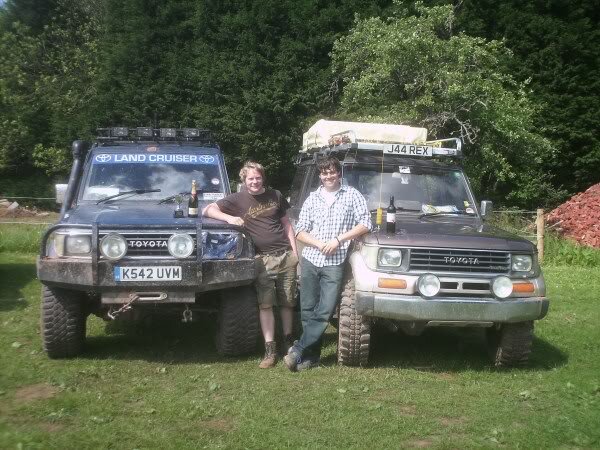 Good luck with the sale dude, and good luck to you and Laura in your new house!

Heh, thanks Ben, I should have mentioned that! Three times competing and three times on the podium... maybe a fourth time this weekend! We'll see...

Wobbly, don't fret - there's no way I'll be able to stay away from the world of 4x4s for long. Even if I don't have a LandCruiser I couldn't leave all my good friends at ELCO. I'll be back on four driven wheels (whatever make/model they belong to - but definitely not the green oval!) as soon as my MR2 becomes impractical to my needs.

All problems rectified and now on eBay: http://ow.ly/naN1O
Don't like the adverts?  Click here to remove them

In case no-one saw Rex didn't sell. Just re-listed him with a slightly tweaked description that might read a little more inviting, and some better pics, plus a link to a walk-around vid. Oh, and a slightly more inviting starting bid too. If this doesn't work I'll be splitting him

and selling near standard. Keep your fingers crossed for me...

Thank goodness! Your drop in price was seriously tempting me and I DON'T need another cruiser! Although I'm sure it's a bitter sweet goodbye, but glad you sold Rex.

Really sorry to get rid and I've had to take a real hit on the original asking price too, but I get to keep a few bits for the price I am getting. Like I said to the guy who bought him, I really wish I could keep Rex but at the end of the day he's a hobby and I'm not going to have the time to use him to the full for a good few years now. Much better to let someone else make use of him and release some cash for the house. Dropping him off at the guys house next Saturday.

I know what a wrench it must have been Jim, looking back on your original post and seeing those pictures of you in Morocco I know how I would feel if I had to part with the Phoenix.

Glad you got it sold. Nice looking 70 that.
You must log in or register to reply here.