In December i needed to get my brakes sorted quick as i was about to travel to Spain to collect a car on a trailer. I did not have much time so I went to my main dealer to make sure it gets sorted correctly. They diagnosed the fault as a seized rear calliper pin and they put it right after spending £400

. This included new pins, mounting bracket, cylinder kit, pads etc, quite a substantial list of parts and the brakes were very good afterwards. They tried to charge me for pads twice, disc pad kit and disc pad rear, but I spotted that before I paid. Needless to say I felt a ripped off, but at least they did a proper job and got it done in 2 days from the time of booking I thought.

Well recently I decided to replace the piston seals on the rear brakes because they told me that they did not do it (even though they charged me for a cylinder kit). When taking it apart I found the new pins in this state: 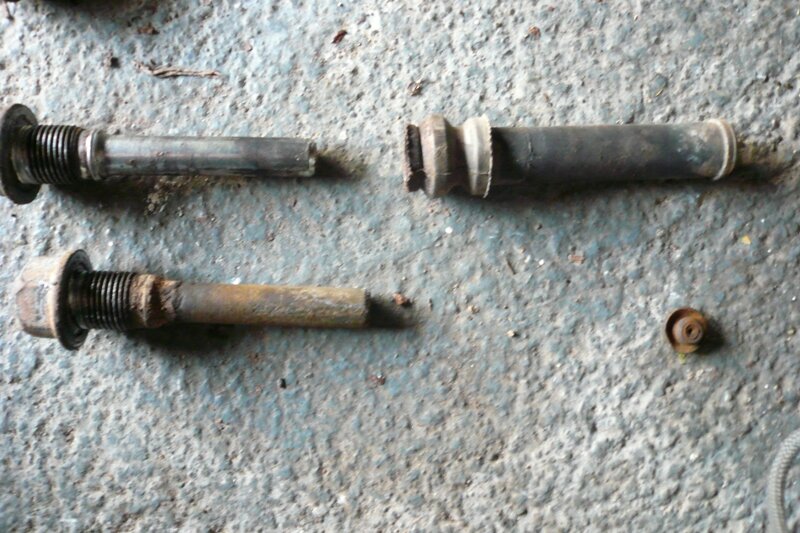 And the new mounting bracket was full of c%@p: 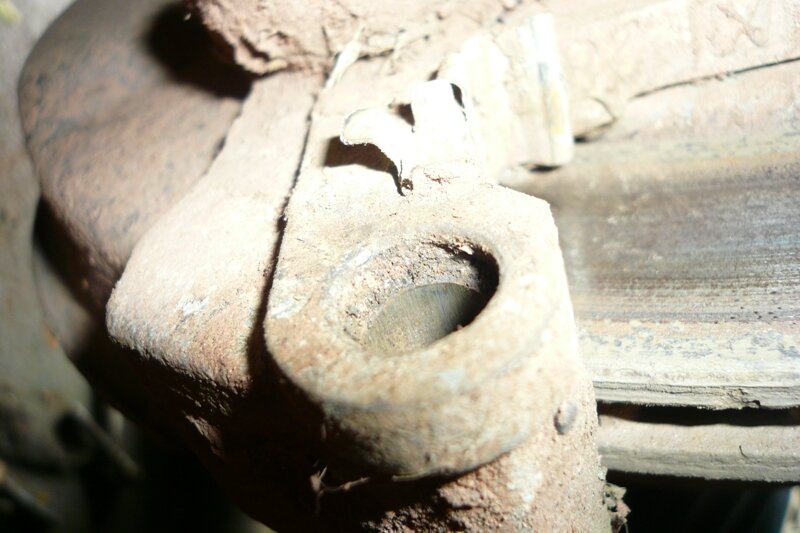 It turns out that they did not fit the rubber garments or 'bellows' that stop dirt getting in between the pin and hole and as a result one side was sized and the other was very close to being seized. Here is a photo of the missing rubber bits: 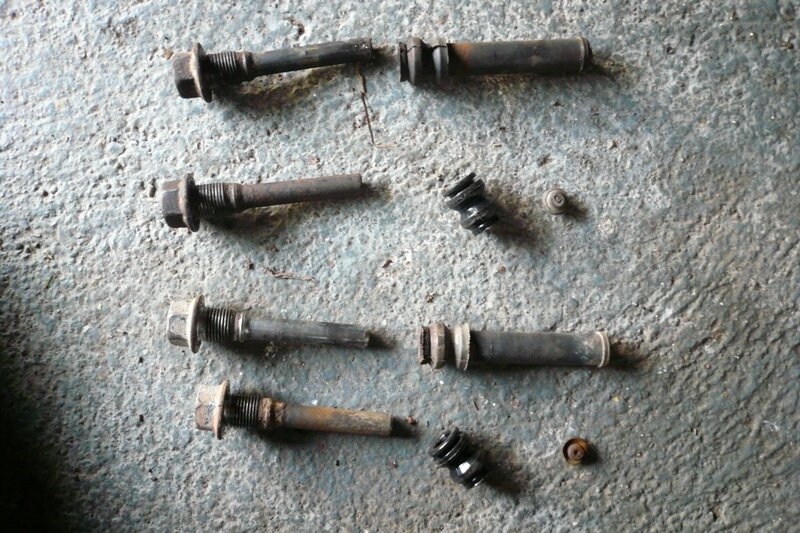 Well I clearly was not happy about this, not only I was charged for parts that were not fitted, they also fitted the new parts incorrectly and in a dangerous manner. It took me 3-4 hours just to clean up the holes in the mounting bracket

So I decided to go and have a talk with them and they said that they need to look at the vehicle. Well I already had fixed by then and would I trust them to it properly again? They had a look at the photos and after I mentioned 'dangerous' and 'charged for parts that weren't fitted' the service manager asked me what I wanted. At this point the service manager started to talk very quietly so the other customers would not hear

I ended up with £70 worth of filters and coolant but he stressed that in the future they need to have a look at the car and put right anything they did incorrectly. They did try to give me a trade price on their parts but I said that I already get that, and what's a 20% discount worth when I am still out of pocket.

This is solely my experience and I am sure there are happy customers out there, but I personally will not let them work on my LC again. They reassured me that the technician will be spoken to and the service manager was very serious about this.

Rob, glad you got that cleared up with them. Like I said on the phone the other day, I am sure that other people have said that they don't have the little single bellow fitted to their caliper either. It's pretty critical. And as you can see from the crud in the pin hole it doesn't take long to build up to the point where quite a bit of work is needed to get it back in working order. Being the same as 90 series brakes, I already knew what to look for and indeed had spares on the shelf.

They are a bit worse now but that's because the font pads need to wear in as the front discs are not exactly showroom smooth, and possibly needs to bled again

It might be of interest to members, it was their wall I drove through,

Good work Chas, BTW are your services for hire?

Now there's a thought, who knows what I could do with a couple of railway sleepers attached to the front

but not always true how do you no if that tech changed your diff oils or greased you ujs thats y i do it myself
You must log in or register to reply here.
Share:
Facebook Reddit Pinterest Tumblr WhatsApp Email Link
Top Bottom
✖
AdBlock Detected