Blasphemy Corner --If You Couldn't Have a Land Cruiser?

As Jon Tallis i'd taken quite a shine to the 3.2 Ranger and had one pencilled in as an alternative to Hilux if i ever go back to pick up, till John Cadogan of all people did a video highlighting the engine oil pump in these engines, seems you have to complete an oil change within 15 minutes because any longer and the oil pump can't prime itself.
No i couldn't believe it either and never heard anything so ridiculous as a working vehicle being fitted with such a fragile but essential component, what happens if you get a sump leak or want to inspect the oil pick up? no doubt there's a method which they use at build time but haven't a clue what it is.

Unplug and pour new oil in until it runs clear into your waste bucket .

Ford's new Bronco uses the same engine and that's the only brand new car i'd consider . I read this morning that Jeep Wrangler is going V8 which to me is an admission that Ford has beat them hands down at their own game .

Me, I bought a Hilux, alongside the 80 Series, and the other vehicles (but that's another story). Love a wide-body Patrol, but they seem rarer than decent Cruisers! Otherwise, back to LR and a pre-Puma engined 110 - 200tdi/300tdi ideally - but they're going for stupid money now too. Ex-miliary Wolf 110 300tdi would be a good long term keeper...

I did own a 3 year old Ford Ranger a couple of years back - for about 6 weeks, I think - returned to the garage for a full refund - absolute POS with more fault codes than you could shake a stick at, ultimately needed a complete rear harness and various other fixes.

I do have a soft spot for the new Bronco though... purely aesthetics!

Sorry - just realised that was no help at all hahah!

My mate has a 2013 Pajero/Shogun, think the DID engine is pretty reliable. Hers is an auto which is needing a rebuild but I would imagine in manual these would be pretty good. Personally though I think the Pajero is just fugly with the rear window uptick, curves where they aren't needed and close enough for symmetry but alas asymmetric rear door.

Staying on the Mitsubishi theme how about the Challenger or the Delica?

2019 Ranger on the driveway, waiting for an opportunity to drive to France to get the same camping box like the defender.
Not so many Hiluxes on the road in Belgium and they are 10k more expensive.
Fantastic truck so far. 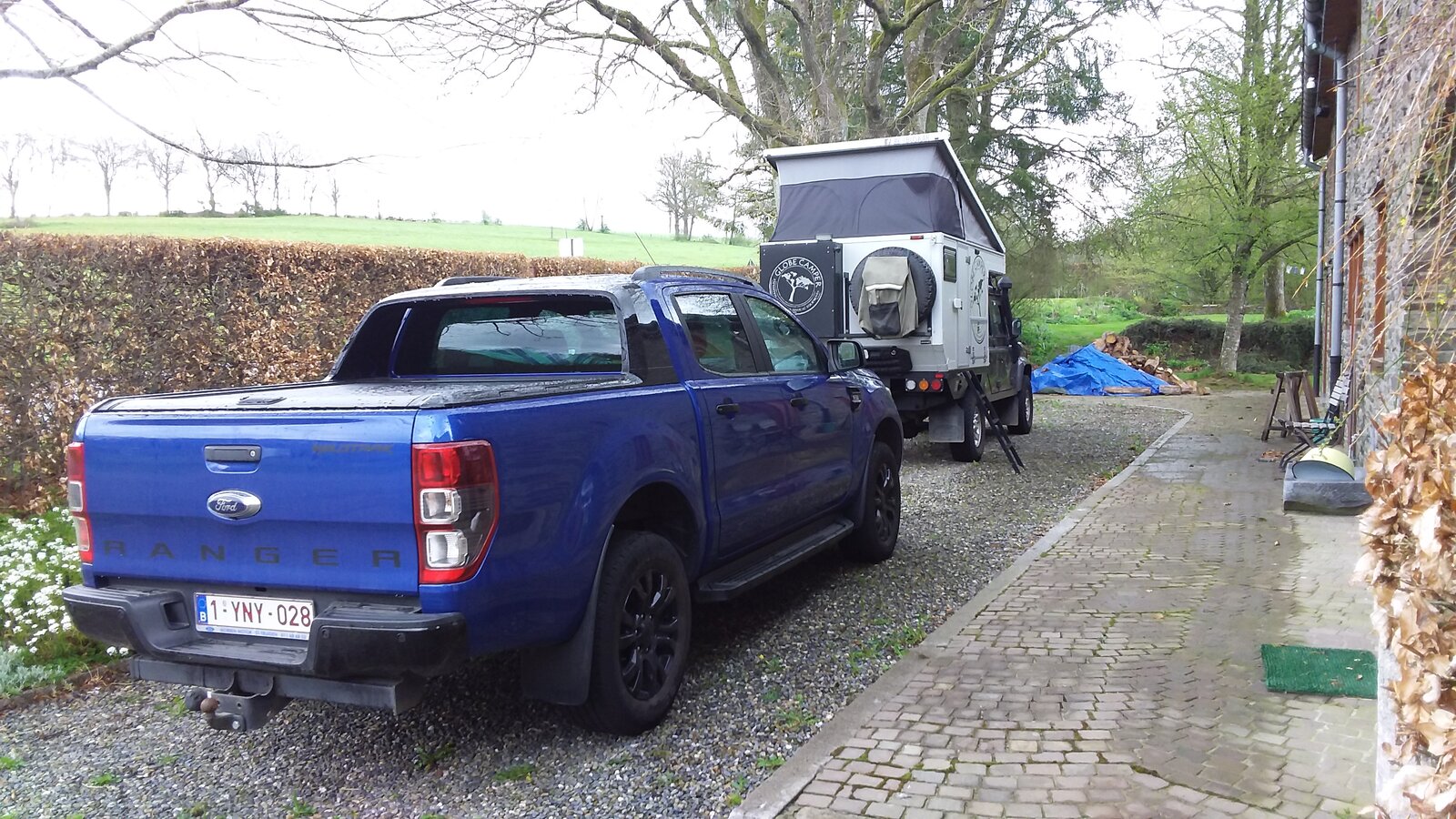 Firewout said:
2019 Ranger on the driveway, waiting for an opportunity to drive to France to get the same camping box like the defender.
Not so many Hiluxes on the road in Belgium and they are 10k more expensive.
Fantastic truck so far.
View attachment 172283
Click to expand...

If I can't get hold of a decent Land Cruiser, my 2nd choice would be a Nissan Patrol. But, as @Dave_S says, they seem even rarer than Land Cruisers at the moment.

My 3rd choice tends to vary, depending on the wind direction. But, I'm increasingly leaning towards the Nissan Pathfinders [the R51 3rd gen. which is a body-on-frame. 2nd and 4th Gen are monocoque]. Lots of room in the back and seats fold flat to make a good basis for a sleeping platform and they seem to be enough of a dark horse that they're not asking stupid money at the moment. Only concerns there is that I know there have been issues with the autobox and also they seem to be quite popular with caravanners. So finding one that hasn't spent a lot of time towing might be difficult. But, with a few basic mods, they seem to be pretty decent off-road too. Certainly more than able to cope with my occasional foray down a forest trail, or across some dunes, to look for a camping spot.

I quite like the older 1st and 2nd gen. Shoguns and people who have them seem to rate them very highly. But I'm not so keen on the newer versions. Too much pointless plastic. And they got a right panning off 'Cynthia'[0]


I quite like what these two have done with an older 2nd gen. one though:


[0] Andrew St. Pierre White --before I saw his name written down and because of his 'Suid Afrika' accent, I always heard him introducing himself as 'Andrew Cynthia White'. So I'm afraid he'll always be 'Cynthia' to me

The 90 series was built to beat the Pajero of old and it did , so they built a Pajero to beat the school lollipop man which resulted in the 120 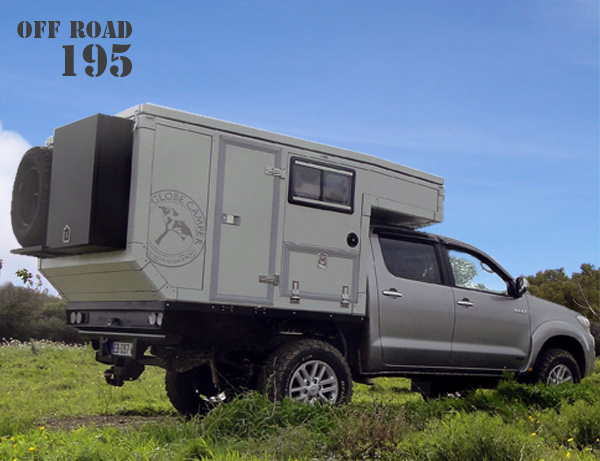 An older pickp would suit me, as long as I can find one with a locking rear diff. I'm also looking out for a Shogun - the earlier Mk2s sometimes have a rear diff locker instead of traction control, but finding them is even harder. The single best thing I ever did to my Colorado was fixing the rear diff locker.

I would not entirely rule out a Jimny but there would be a lot of compromises. The ground clearance as standard is poxy and lifting them can be a bit of a faff I understand. Also they are bloody expensive for what you get IMO.

I'm slowly coming round to the idea of a pickup (preferably Hilux) if a Landcruiser wasn't an option. Whilst in isolation a pickup is a great all-rounder, I still think it's too compromised as a family vehicle, when compared to an LC.

I'd much prefer to get hold of an older pre-2001 truck [of whatever brand] because of the simpler mechanics and lower road tax. But I'm starting to think this is increasingly unlikely. The ones people are offering for sale tend to be pretty rotted and the people with the good ones are holding onto them.

In theory a newer motor might need less sorting [although I'm still of the instinct that electronic jiggery-pokery has no place in a diesel engine]. But, once you get past 2001, you're into road tax based on emissions, which puts most of these into the £500 - 600 / year bracket. The £million question is; would you save that extra £200+ you'd be paying in road tax every year on reduced maintenance costs and better fuel economy?

Of all the brands I've mentioned, the Shoguns and Troopers seem to be the only ones that are still being offered for the kind of money I'd expect for trucks of this vintage. Plenty around the £2000 - £4000 range coming up on my eBay search, whereas the majority of the Collies, LCs, Amazons, Surfs, Pathfinders, Patrols, etc have definitely moved up into the £5500 and over bracket. It's not that I would begrudge paying £6000 or £7000 for a 20 year old truck, if I thought I'd have it for life. I'm just very wary of paying that amount of money out for something I might only get a couple of years out of, before it becomes effectively worthless, due to more massive "look how green we are" hikes on fuel, tax and insurance, which would leave me unable to afford to run it and destroy the resale value.

PS. My handy tip for the day, in case any of you didn't know:

In the eBay search box, you can search for multiple options at the same time by putting them in brackets and separating them with commas. So I have the following saved as a 'saved search', to return all the interesting 4x4 trucks in one go:

If you want to get really clever, you can use multiple pairs of brackets to cover different permutations. I have another saved search:

@chadr some of the new pickups are starting to get there from a cabin perspective. It's not half bad inside a raptor or the new 2022 invincible.

I am going to try and keep my 105 on the road as best and as long as I can, but unless it outlives me the replacement will be a pickup.

Unless something like the bronco shows up in UK shores!
D

Good tip on the search engines Stu, I didn't know that!
G

Ford Rangers are common in the UK but mates who have them as work vehicles so tow things and go off road have had engine failures on the 3.2 and the Ford "Eco Bang" 2 litre, also gearbox problems on the auto's and Ford walk/run away from warranty even on vehicles with impeccable main dealer service history.....

I had a D2 v8 with LPG, loved it almost as much as the TD5 but not as much as the 300tdi. That was until the engine went the same way as all the v8 4.0l I've had. Liners drop and head gasket goes.
L

Earlier 3.5’s were much better if a tad slow off the mark.

An outsider i know nothing about because theres something nondescript/bland about them , in my eyes anyway .

I saw a 61-plate Lada Niva in the Peak District yesterday. Rusty and rough but looked like a lot of fun. Always gets me how small they are in the flesh.
You must log in or register to reply here.

What's the Catch?... With my Bonnet Catch