FAO Jon/Gary/or anyone who lanes in the lakes - Help?!

Hey chaps, I'm off to the Lakes this weekend and am planning on wild camping somewhere, then I remembered your write-up on the other forum and the pics of some of the lanes you did... 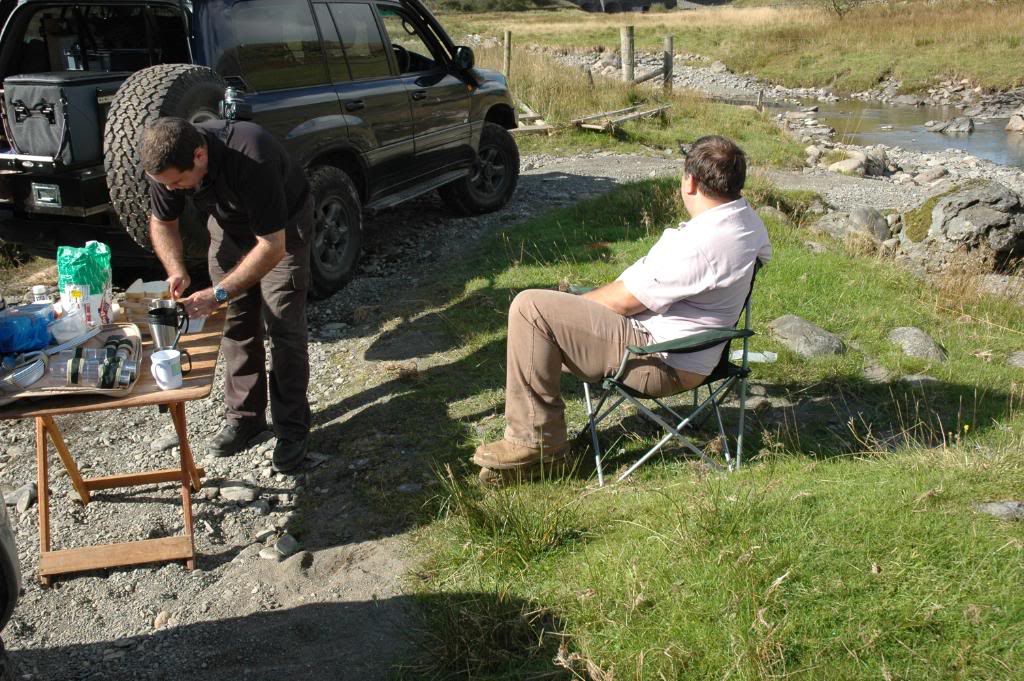 Can you tell me where this is? looks like a cool place to camp

Is the lane passable solo? (at least up to that point? the section after this bit sounded enjoyable from the write-up

) Also, any other lanes you can recommend for a solo outing woud be greatly appreciated. I'm not yet sure whether I'll have company in the form of Stan theoverlander..

That picture is at NY5548203731 but I don't know that you'd get away with camping there, it's close to the road and nowhere to pull off the track.

We stopped at NY3494922726 the first night and a short distance to the east along the track there was a bit of a mud wallow that Gary had some difficulties with. As it's a popular track it could be worse now or might have been repaired.

Both are reasonably high up (so a bit cooler) with a stream running nearby but no rivers. You'd probably need a commercial camp site to get a river side spot and I don't have any suggestions for that.

And here's a copy of a post from me on the CRAG forum:

South Lakes that we know, there are many others we've not yet tried:

NY4650305041 - NY4832805691 : NY4605-4a steep and rocky in places, 2 tight turns towards eastern end for LWB, 80 series cruisers squeezed through west to east but much easier to fit through east to west. East to west probably hardest climb though but unlocked cruiser with big tyres were fine. Not sure how a fronty will get on ...

Note that post was August 2008 but I think the only one we know is significantly different from my descriptions is the last one which was our last lane of the day last year. They had a lot of water problems earlier in the year up there though there might be other problems now. Perhaps Gary will add thoughts on the above from his perspective

Excellent, thanks for that Jon I'm actually going to be spending more time in south lakes so those SD co-ord's may well come in handy

Might end up picking our own place to wild camp as we need to be in Ulverston early Sunday morning. I've checked a few lanes out on flashearth and there's a couple of possibilities, so should be sorted now.

Sorry for the late response - been packing France looms ....

Jon's description is correct - the only bits that were a worry, really, was the damn mud hole the first night, and I think if I'd gone into it a bit harder I'd have been fine (but it was dark, and I didn't know what was in there - lots of bits of wood, it turns out ..)

The only other worrying bit was the last climb and drive out - and even that was only a bit iffy in one place, really - I need more confidence on side slopes on grass, I think I've slipped off the side of one wet mountain in the Cape and didn't really enjoy that much - although no damage done and recovered easily enough

Enjoy - with the current weather it should be fantastic.

Thanks for all the info guys, we had a cracking weekend and the weather was certainly smiling on us. The laning was superb, rocky technical sections are my favourite form of laning so I was in my element