Got the trim off and had a poke around. It's a little tight in there to say the least.

I was expecting to find a little hole in the bottom of the ignition barrel to push something in and release it - but I don't seem to have one. Either they didn't fit that style on the 120 or it's on the top like the Supra - hopefully that's not the case because the dash would likely need stripping. Of course it could just be hiding up underneath the immobiliser unit stuck to the bottom of the barrel. I'm going to do some more digging and see if I can work up the courage to tamper with that and see.

In any case, the ignition switch is a nightmare to get to. I can see it and touch it but I can't see any way in with a screwdriver to get it off (screws on from behind) - unless "maybe" with a drill bit in a tiny ratchet.

I'm going to poke around some more and try to get an idea if I can do this myself or not - or at least find a way to verify the problem. Toyota want £118 just for a switch.

Pics to follow when I get back in there so I can show what I'm babbling about.
K

Can you get to the wiring connector on the thing? If you can, it might be worth trying this continuity test, especially when its in the ON position. (Also you know what pins to frig if you want to bypass the switch, at least for a test!)

Just checked and I get 12V on those three fuses as soon as the ignition moves to ON.

Couple of pictures in case anyone is interested in what it looks like under there.
I've attached them so I dont blow up people's mobiles. Hope that works ...

In one of them I have detached the solonoid to verify it works.
Indeed, when the gear is in PARK the solonoid pokey outy is limp and when not in park it's .... rigid.

I can get to the connector Karl yes, I'll have a go at the test in a mo ... thank you for that.

I can't find any kind of release hole or mechanism of any kind to release the barrel though. Getting a bit jealous of all the older models with a simple little push to release catch. I've tried gently pushing the little button in that the solonoid pushes (only further in) but nothing budges. Maybe there's a knack or something I can't see but I'm lost so far. Was hoping to rule out something broken in the actual barrel.

Connector test next and see what happens

By the way, there was some useful info I found in the middle of a post for hints about getting the trim off.
https://www.pakwheels.com/forums/t/diy-prado-lc120-problems/232118

Well that's a tricky upside position to test in - especially when your multimeter doesn't have a beep continuity function. I think I'm an owl now.

Thanks again Karl - for your research time and pics ... really appreciated

No problem mate. Maybe get one from a breakers and get a locksmith to rekey the barrel to your key?
Don't like the adverts?  Click here to remove them
K

PS did you try jumpering the ON contacts to see if your dashboard comes back on?

There is no way a screwdriver is going in behind the ignition switch - there's a couple of inches at best before a dash support strut immediately behind it.

So I found my diddy ratchet, attached a bit driver socket with a bit in and there's juuuuuust enough room to get on the screws.

For anyone interested, this is what I'm talking about ... 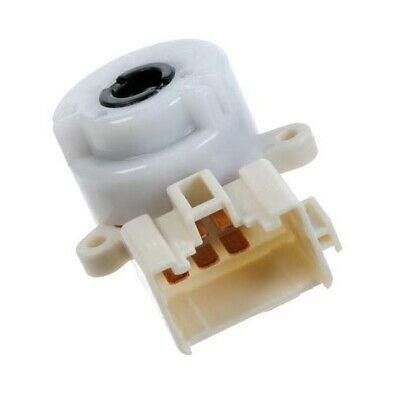 I don't know if it's this or something broken in the actual barrel assembly but it mignt be worth buying a cheap one of these and testing it out first. I've seen them about for under £20
K

Brilliant! At least you've proved what it is! If you jumper the others does the car start? Haha

lol - no I did have half a go but lost my bottle... i've got enough problems without blowing something else.
Once I can see light at the end of the tunnel I reckon I'll come back to that

Interestingly, the workshop manual says the barrel/switch assembly does have a release hole in the top. Going back out to see if I've been a blind fool. If there is one maybe I can get an allen key in it - there's only an inch of space above it so a screwdriver is out. Quite how the manual thought that was possible before removal is beyond me. Can't see any spring loaded bits in there either so maybe I'll be brave.

The igition assembly stuff is listed in the steering column assembly section by the way - took me a while to find.

Yes, there is a small hole in the top of the barrel assembly - an allen key will get you in there. With the key in the ACC position, push the pin in through the hole and pull the barrel out. I tried this earlier with an allen key (blind) and decided there wasn't a hole. All I can think of is that I'd been upside down for too long and maybe had the key in the ON position instead of ACC.

I've attached 2 pics. One shows the barrel assembly out - you can see the little pin on the top. This sits flush with the barrel housing so its not so easy to "feel" but it is there. Apparently.

The other picture? Well.

Once the barrel was out I still couldn't get the key out, couldn't turn it all the way to LOCK or to START. I slowly and gently turned they key from side to side listening and looking to see if I could spot any clues about broken internals etc. Nothing. So I shook it like it had stolen my wallet and out dropped that little bit of key fob.

It must have dropped in there on the first key turn then jammed the barrel up when I came back from priming the filter.

I have learned so much in the past few days but jeeeeez.

I've never been so happy to be back to a situation where it's still broke - but at least it's TRYING to start again and I haven't got a bloody key stuck in the barrel. Shhhhhhh.

Karl - you have been amazing - thank you mate. Not just for your time but for the confidence and motivation it gave me to get stuck in rather than call a lorry. I've probably still got to do that to fix the orignial problem - but I feel a lot better about it now - and I'm a lot better off financially too.

I'm going back out to put it all back togther. I'll take some pictures and see if I can put together a useful post for the future.


It's still a little odd as to why I had no dash lights though ... the key was turning to the ON position. I assume the little bit of plastic was stopppig the barrel from returning fully to the "not pushed in" position when it came out of LOCK. Interesting that that meant some circuits were completed (the buzzing you get when the key is in the ON position before starting) but others not - like dash etc.

After the stuck key adventure it took an eternity of filter priming before I could start the engine. I had plenty of good chugging but it was clear there was no fuel getting through. Eventually I plunged enough and got it to start - and it ran like a dream. No warning light, no limited power limp. Just goold ol' zoooom.

I'm sure this wasn't the case before (as per earlier posts the primer wasn't soft or only took a plunge or two), so whatever the suspicions were then, might indeed be the case and getting more obvious. I'm actually quite looking forward to seeing what the problem is now.

I'm so relieved I'm not sending it off to the garage with a key stuck in the ignition. 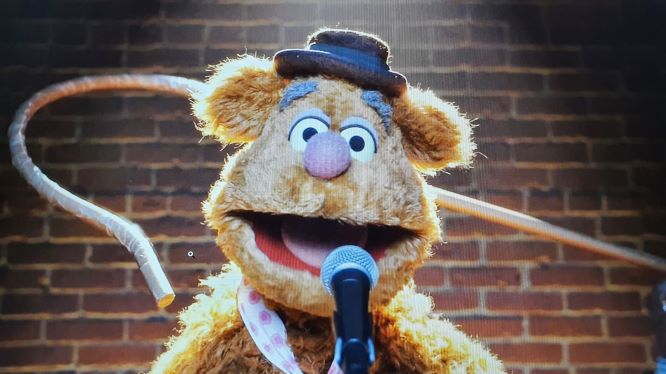 I'll keep this updated as the info and bills come in. It should be going off to the "diesel specialist" at the end of next week or the following Monday. I'm thinking I might see what they can do in the way of an injector clean / tune while it's there. See if it can clean up the exhaust a bit.
Last edited: Jun 19, 2021
K

Not only did you sort it, but you've provided great reference info for when it happens to one of us next time - someone somewhere will be very grateful for this thread!!

Something is slightly off about this whole affair and I have a suspicion it might have been a mistake with the originally reported fault code. I've been chasing an air temp circuit fault and it seems it was fuel related. I'll confirm that as soon as I can.

My bill specifies replaced fuel regulators (low and high pressure) with an explanation that this is a common fix for back leaking fuel and smokey pipes.

LC has been back for 3 days and so far all is well.

I'll hopefully have more info later today - but for now .... everything is crossed that we have a fix !!!!!
K

Problem is I didn't take it there myself (got my normal garage to arrange it for me) so I haven't spoken to the fella who had hands on the job yet (waiting for a call).

"Both fuel pump regulators" is all I have for now (not the EGR things).

I don't know if this was specifically diagnosed or just guessed at from experience yet either.
K

To wrap this up - I didn't hear back from the garage that fixed the issue.

I'm pretty confident now that this was a fix predicted from experience rather than diagnostics. Which to be fair, was a good call because apart from having a slightly noisier engine tone than normal - the problem is fixed. And I can't ask for more than that when I wasn't able to get there myself to talk to them in person.

So for now I'm just going to call it fixed. New fuel reglulators. I think it's the little green and red things because they look shiny.

The LC isn't getting any younger so I will be getting to the garage myself at some point - until then... fixed.
You must log in or register to reply here.