I have a LC3 on petrol & LPG , for the past 15 months it has been baffling myself and 3 garages as to why it has an electrical missfire on both fuels , it may go as long as a month or 2 with no problem then watch out! Recently , on 3 occasions it has actually stalled and failed to restart . It is definately worse in wet weather . The 3 garages have plugged it into their computers but all it throws up is multiple missfire ! I am starting to loose faith with both the garages and car . please can anyone give me advise ?

I'd have a look at the LPG part of the petrol injector wiring loom. If the conversion was done with a plug in petrol injector loom then you could ask them to remove that so you can run around on petrol only for a bit to see if the problem still occurs. When that loom is in place, even running on petrol, the petrol injector signal goes to the LPG ECU and back again via that loom. If they did a cut and solder job rather than plug in then it's not so easy to bypass to test.
P

Thanks Jon I'll have a look at that and see how I get on. I'll let you know if I get a result.
P

Hi Jon ,
Had a look today at what u suggested , unfortunately wires are soldered in. Its been a dry day here today so the Cruiser didnt miss until I soaked the engine with a hose , it is now missing badly on gas but not petrol . Thinking of speaking to Prins tomorrow to see what they suggest !
Don't like the adverts?  Click here to remove them

I recently started having misfire issues on my 80 series. At first it was a light stumble whilst cruising on the freeway. After some investigation i found that my no.1 spark plug tube was full of oil. So i proceeded to renew all the spark plugs, spark plug gaskets and the cylinder head cover gasket.

After i completed the above my misfire became even worst, i could feel it all the time now, not just on the freeway

I pulled the plugs and found all the plugs to be fine bar the no.3 plug which was completely black, meaning it was running way too rich.

Anyway, some research on ih8mud revealed that this was a fairly common fault with a possible cause being chafing or melting of the insulation on the injector wiring loome. I also have LPG and found that where the wires to the injectors had been cut into for the LPG wiring, the insulation put around the joints was just electrical tape and flexible conduit. Because of the heat in this area it was all extremely brittle when i started inspecting the loome. I subsequently found five injector wires melted together where the loom contacts the EGR pipe. See pics below. 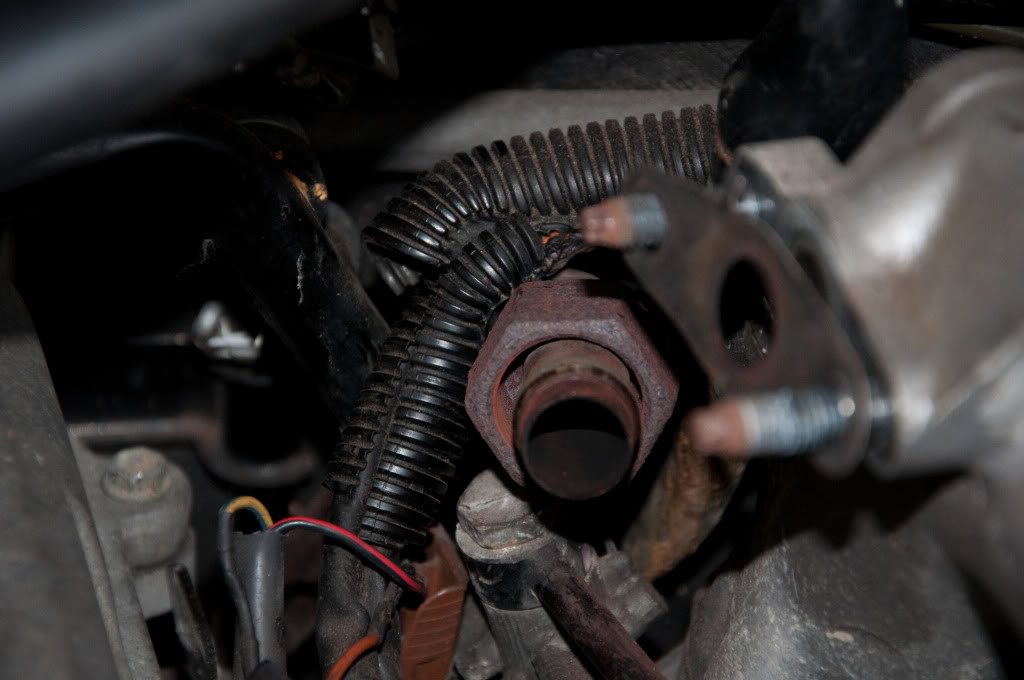 Loome melted against the EGR pipe 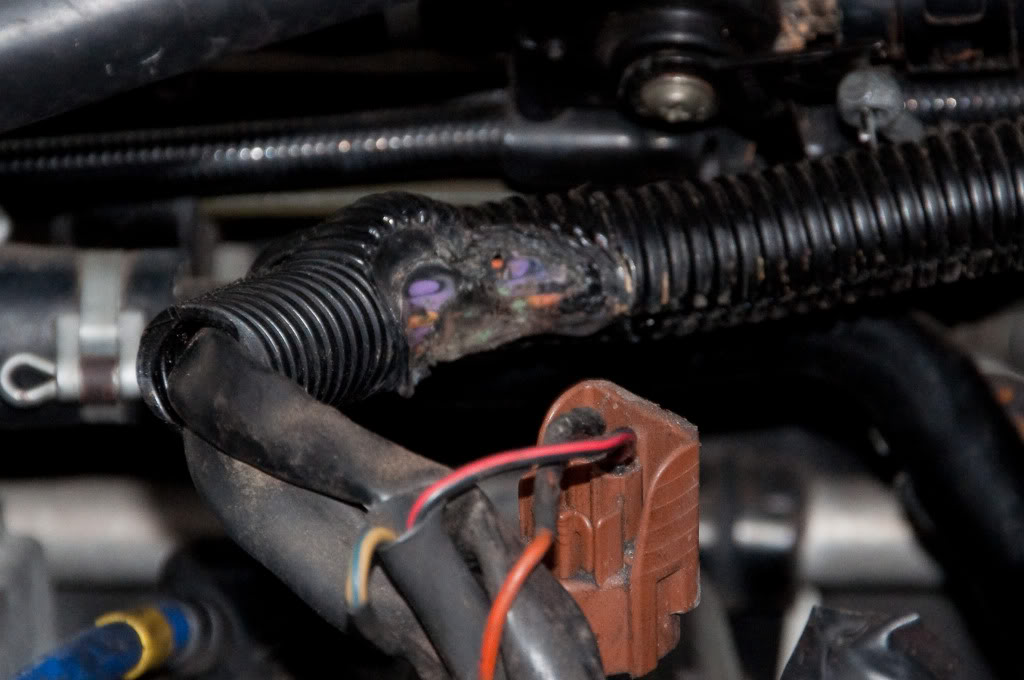 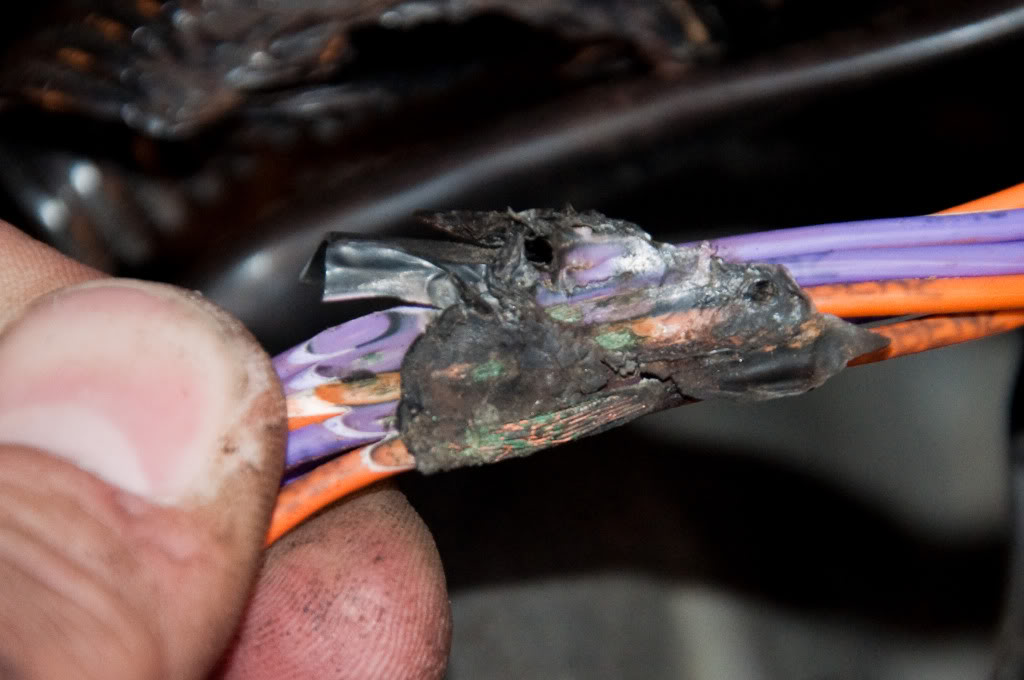 The bottom orange wire is the one that runs to injector no.3 - the one that is stuck on. You'll also notice that there are two other wires showing bare copper, it's possible that more than one injector would open too often.

In my case i think that me working around that area has disturbed the the wires where the insulation had melted and made the short to ground even worst. I know on the 80's if you experience a short to ground on an injector it will open, possibly flooding the cylinder and cause a misfire. In this case the injector would still be open whilst running on LPG and in turn cause a missfire on both fuels.

Have you pulled your plugs to see if any of them are fouled?

Not sure if this is of help, but it would be worth checking over the injector loom for any possible shorts, in particular around the intake manifold and also where the loom runs through the fire wall, i have read that they can be prone to chafing there.

Ill have a closer look tomorrow , the wires are soldered and shrink wrapped . The plugs were checked about 3 months ago when we had our last episode of missfire ,it will be worth checking again .
Thanks .
You must log in or register to reply here.