Some might remember this thread. Well, I finally got a batch of pics and vids off Laura and thought I'd throw them up here for all to see 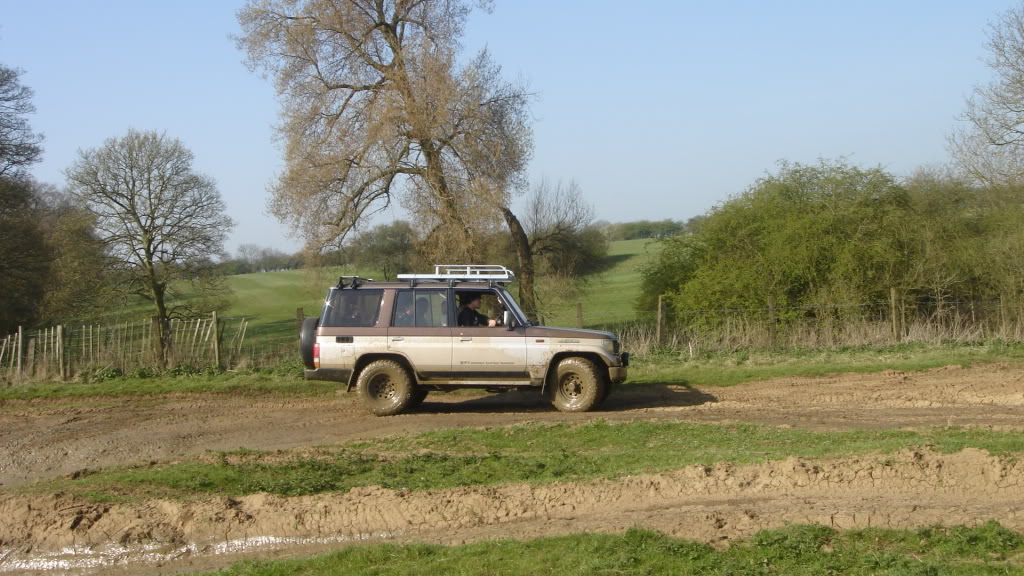 I love the commentary in this next vid, this is the ditch that I attempted to cross and make into a shortcut. 8 year old Harvey has the situation sussed from the start

[youtube:3ab08e65]yq_KdVb6dYo[/youtube:3ab08e65]
A more heavily modded vehicle (dare I say, my old SJ for example) would have done it but my articulation simply wasn't enough, a locked rear diff is no help if it just pushes you into deeper trouble.

Struck quite an impressive pose I thought: 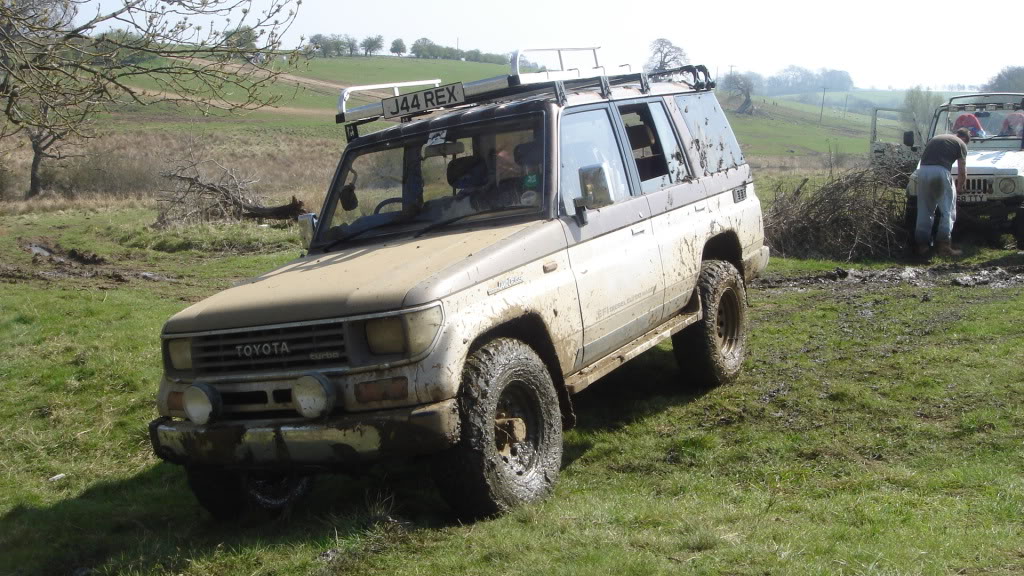 The impression my front bumper left in the opposite bank Nice pics and video,... thanks!
No embarrassment,... sure some of us has been in same scenarios somehow or another.
Sure looks like you are having fun!

Thanks for the pics and vids. Looks like you had a good day. Have to say the kids comments make some of the vids

Nice videos and pics - looks like you had a fine day out!

Well been pulled out by a little old SJ

Paul_Humphreys said:
Well been pulled out by a little old SJ

Shame on you, if all it took was a Suzi you couldn't have been VERY stuck, compared to an 80 they couldn't pull the skin off a rice pudding

Paul_Humphreys said:
Well been pulled out by a little old SJ

Shame on you, if all it took was a Suzi you couldn't have been VERY stuck, compared to an 80 they couldn't pull the skin off a rice pudding

For the full story from the original thread:

Jimbo4x4 said:
I had a go at crossing a ditch that I was only 20% sure I would make, it hadn't been attemted by anyone else but it would have made a great shortcut if I could do it, so I tried...and failed...and had to find help. The nose and front wheels were buried in a load of slop, and whenever I tried to reverse out the back just swung round towards the ditch, eventually leaving me precariously close to tipping. So then, help, in the form of the only vehicle playing close by... A suzuki SJ

Still, we made his day by having him snatch while I reversed, and the LC popped free of its suction on the first attempt.

Now I had to find a way to redeem myself, and what better way to do it than by dragging a camel defender 110 out of a mud run

The owner suggested I try snatching first - on his tired webbing strap. After asking him if he was sure I promptly snapped the loop off one end, without moving his 110 more than an inch. Take two, I took up the slack slowly then gently applied the power, and without even a hint of wheelspin we slid him free of the mud run's grasp

So you see, I did redeem myself. I like how the SJ continued to pull with great effort even when I was completely free, like a little terrier pulling on your trouser leg.. didn't half splatter the back of my truck wheelspining his greenway macho's though

OK Jimbo, there wasn't really anything else you could do given the circumstances , I like the "little terrier pulling on your trouser leg"

Chas
You must log in or register to reply here.

The Moremi High Water and Mud - Report By Stephan VanTonder

G
Review of HZJ78 as an overland vehicle