Always cut away from you

Lucy's office has a water dispenser which recently ran out, due to NHS cut backs water is now deemed to be an unnecessary expense

So Lu in here infinite wisdom decided to cut a hole in the top of the 18 litre bottle so she could refill it..... her theory being at least they could have chilled water even if it was from the tap.

Unfortunately she underestimated how tough those bottles are, the end result was 2 and a half hours in AnE with a stab wound that was very close to her femoral artery.... I suppose it could have been worse, she could have ended up with a nasty gash wound 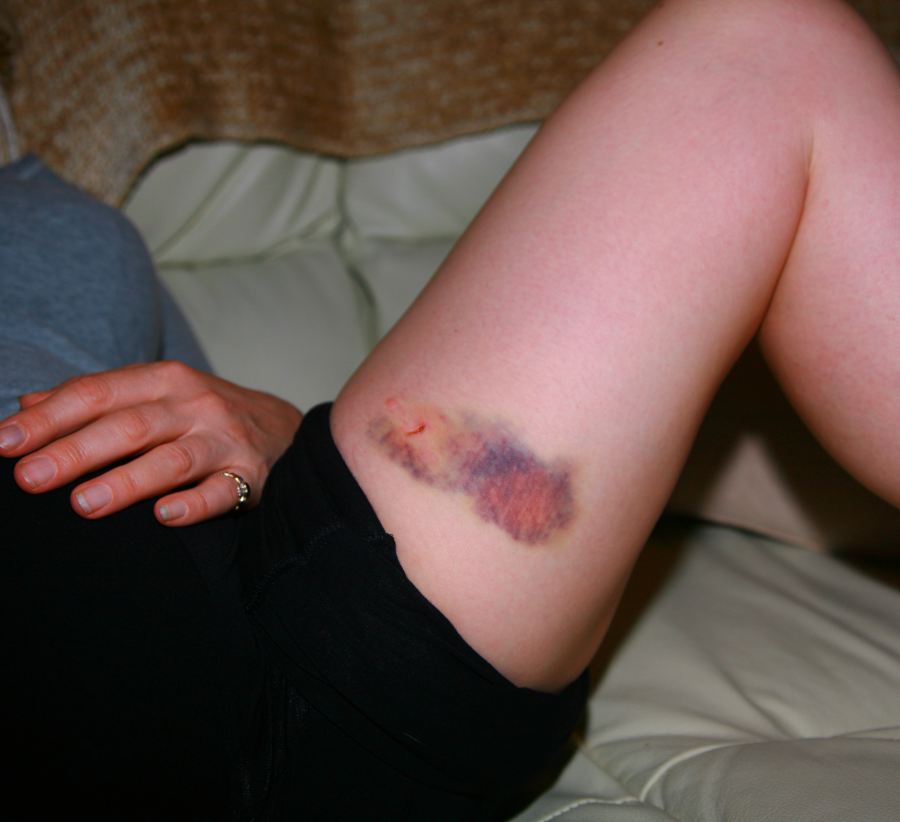 Wishing her a speedy recovery.

Reminds me of the time I did something similar where I suffered a cut to my hole finger.

Reminds me of the time I did something similar where I suffered a cut to my hole finger.

Chris, which one's your HOLE finger ?

nasty, bet that's shook her up a bit I've had lots of self inflicted cuts but nothing that serious.

The cut itself is not that big, but the brusing is impressive.
You must log in or register to reply here.

The end of Humanity.

The Moremi High Water and Mud - Report By Stephan VanTonder