.......I'm going to move my towbar electrics up inside the rear of Fiery to keep them up & out of all the mud & wet (they are just scotch locked directly to the wires feeding the back of the bumper lights currently in plain sight & completely unprotected

). In a ideal world I'd like to mount the 7pin socket inside the jack cover on the right hand side but I bet the loom comes down the other side

Any help would be appreciated

This would be geat

when i got the vehicle, it had just been MOT'd, one of fails had been the rear light, it had been replaced, but the garage had cut off the towbar cable... which had been scotchblocked onto the wiring
much neater now i have it soldered onto the cable inside the jack compartment

Just had a look in there and found what appears to be the main loom to the rear, so should be able to pick up the wire for each light in there I hope

Is there not such an item on the LC's

but i didnt want to buy the Toyota towbar wiring kit, so just soldered the towbar socket and wire i had, into the factory plug in jack compartment

it was a white plug/socket as far as i remember

maybe not all LC have them?

Depending on the a few things the plug is usually white there is also somtimes a big blue one there as well, the kit from Mr T is, if memory serves, about £35 pounds and comes with the seven pin socket, grommets, cable ties and everything that you need to do the job.

You can get to the plug from either the tool hole or by removing the rear light, but if your going to do some soldering in there it is easier to remove the rear quarter trim wich should just pull off once the seat belt and boot cover bolts are removed.

Just a foot note the plug has one feed missing which I think was the fog light and you will have to take that feed from the drivers side. Even with the Toyota kit you run wires from both sides of the car.

Here we go some piccys
As you can see I have now mounted the socket on the bumper up out the way. In this picture youcan see the big blue socket that is not the one you want. The white behind it is what you arelooking for. The white conecter at the bottom of this picture is the one you want. 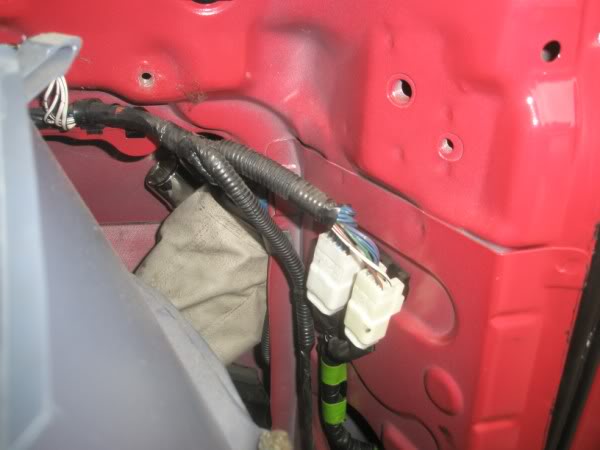 But then realised that your pics are of the near side

So back out again tomorrow

The white plug has the left & rights indicators, brake, reversing & tail lights all in it 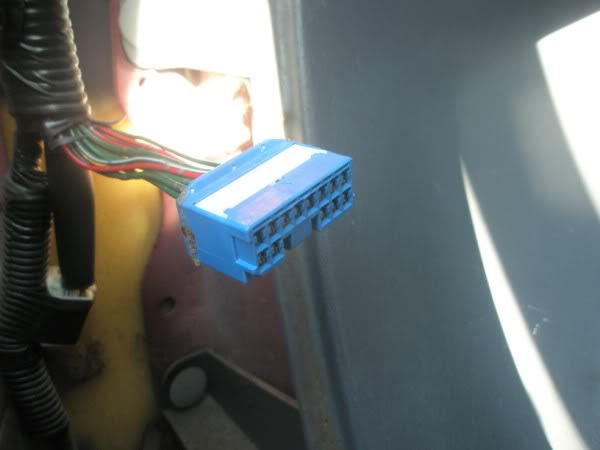 Do any of you have a trailer indicator repeater light / buzzer anywhere ??

My trailer socket has been (badly) connected to the rear light wiring under the bumper and I'm about to change it as its a source of constant bad connections. There is no indicator repeater light / buzzer anywhere as far as I can tell.

I'll use the in-built socket, but I'll also add Prado wiring to the upper rear lights and indicators (orange bulbs in the reversing lights).

I would also like to fit a repeater in the dash, but adding more indicator bulbs to the rear might confuse things, so I might have to put in another relay, with a 12v feed to the rear.

Has anyone been down this path before ??

Bob, you can take the feed for your extra indicators from the white plug . You then wire in your repeater/buzzer after the connection so that it only senses the load from the towing lights when you plug in your trailer. I did this when I fitted in my extra lights into my reversing lights. Have a look at this
http://www.tlocuk.co.uk/forums/viewtopi ... highlight=

Steve H said:
Bob, you can take the feed for your extra indicators from the white plug . You then wire in your repeater/buzzer after the connection so that it only senses the load from the towing lights when you plug in your trailer.
Click to expand...

OK, thanks for that.

I was wondering if there was a factory-fitted repeater light/buzzer located somewhere that had been by-passed when my trailer socket was wired into the main loom ??

Good tip about the location - I'll set about obtaining a buzzer.