Looks fantastic Nick. Clearly I shared two of the same points on our trip. Lack of places to camp and the Polish roads.

Aside from that, it is a great trip to take.

We also found wild camping more difficult than we thought, we set off thinking it would be a wild camping dream. Non the less really enjoyed it and want to go back, especially if that ferry ever gets up and running..

AndyCook said:
are the beach ones on lofoten
Click to expand...

@AndyCook The photo with the beach and all the trees is a lake on the Sweden/ Norway border, the white sand/ blue sea one is Lofoten.

Love the write up and the photos, especially these two, and on the same trip as well, almost unbelievable... 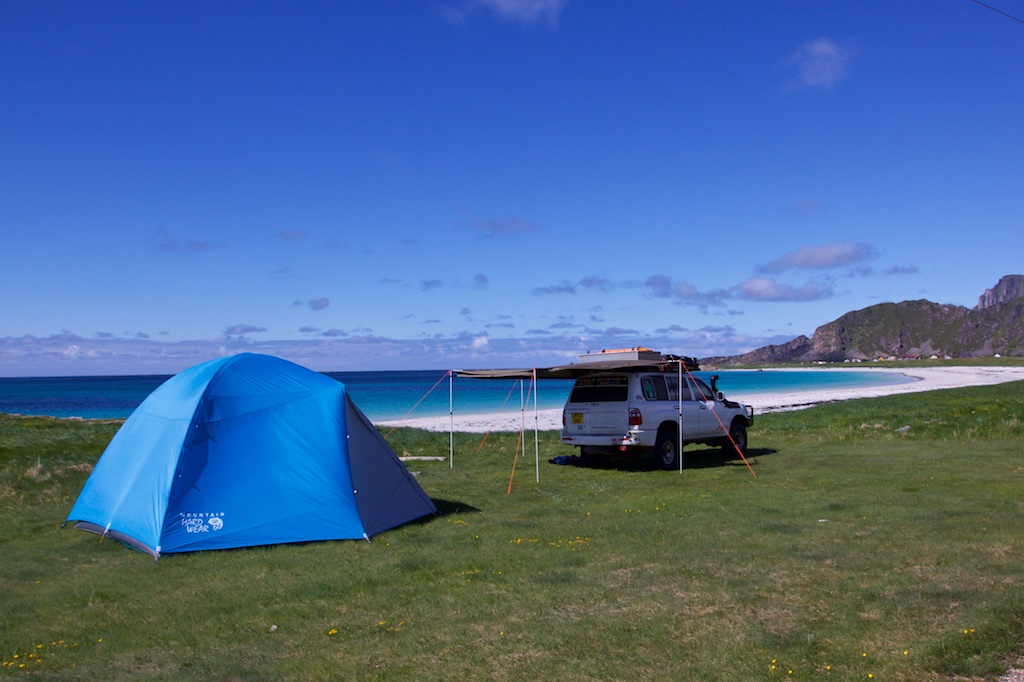 The second one looks almost Mediterranean!

And what's a trip without a few niggles, anyway?

Great thread, thanks for posting

Ironically Clive the photo taken in the snow was at about 1000m and I was walking around in shorts and T-shirt, and the one in the Mediterranean was taken above the artic circle with strong northerly winds and despite being in down sleeping bags was one of the coldest nights I can remember ever.

That looked like a great trip, love the photos

nick_the_fish said:
Right time for an update (apologies for the photos they are taken with my iPhone not my SLR). Thanks for all the comments and the interest in the thread.

The second battery is in with a National Lunar solenoid

I found the NL monitor to be basically useless so I took it out and put in a simple voltmeter with an inline switch. Its connected directly to the battery although there will be some voltage drop so its not totally accurate but its enough to give me an idea of how much juice there is left so it will do the job.
View attachment 123520

We ripped everything out of the back seat area and put in the new frame, fridge plinth and inverter mounted out of the way under the plinth

Then the new Frontrunner water tank went in

then the fridge went back in

and finally the seats

The water tank was bloody expensive for what it is but it has to be said its a super efficient use of what would otherwise be dead, or nearly dead space. The 41l water tank will be supplemented with a 20l jerry can which will give us 60l in total and will also be used to haul water from lakes and rivers up to and into the water tank. I'm not yet decided on wether to just put a bit of hose onto the valve and leave it at that, to wether to plumb in a tap with a locking lever mounted by the seat.

I've also ordered an ARB winch bumper which should be here soon.

What seats did you fit Nick? cheers

@karl webster the rear ones are from Exmoor Trim.

Nick
What is the divider/ cargo barrier behind the kid’s seats made of please?

trektheandes said:
Nick
What is the divider/ cargo barrier behind the kid’s seats made of please?
Click to expand...

Definitely a trip I'd like to do. Thanks Nick

Awesome pics! Lovely photos and a great to read thread. Thank you.
You must log in or register to reply here.