So after I ordered the awning, on a french site where I bought also some other stuff, they email me they need to calculate the shipping cost .
Today they send the shipping estimate, so from France to Belgium to ship a 15 kg awning - 90 euro

...
Usually they have good service, so I tried to call them, I get an automatic message that they don't pick up the phone on Mondays..

So I cancelled the order and found it on German site,.. with like 7 euro the shipping fees.
Amazing...
L

Who would have thought that buying an awning can be such a complicated thing ?
So after I order it, about a week after, I ask for the tracking number, it was delivered a at pick up point, no notification in the mail.
I go there, my package was not found .. . After 1 more day, I get an email from UPS saying the package is indeed lost and they are investigating and suggested I contact the supplier.
The supplier reacted after 1 day, and they shipped another one that arrived safely after 3 more days.
Anyway I am happy that it arrived before I go on my long summer trip on 18 July.
Very good service from the supplier, I can only recommend them.
https://www.offroad24.de/index.php?lang=EN
L 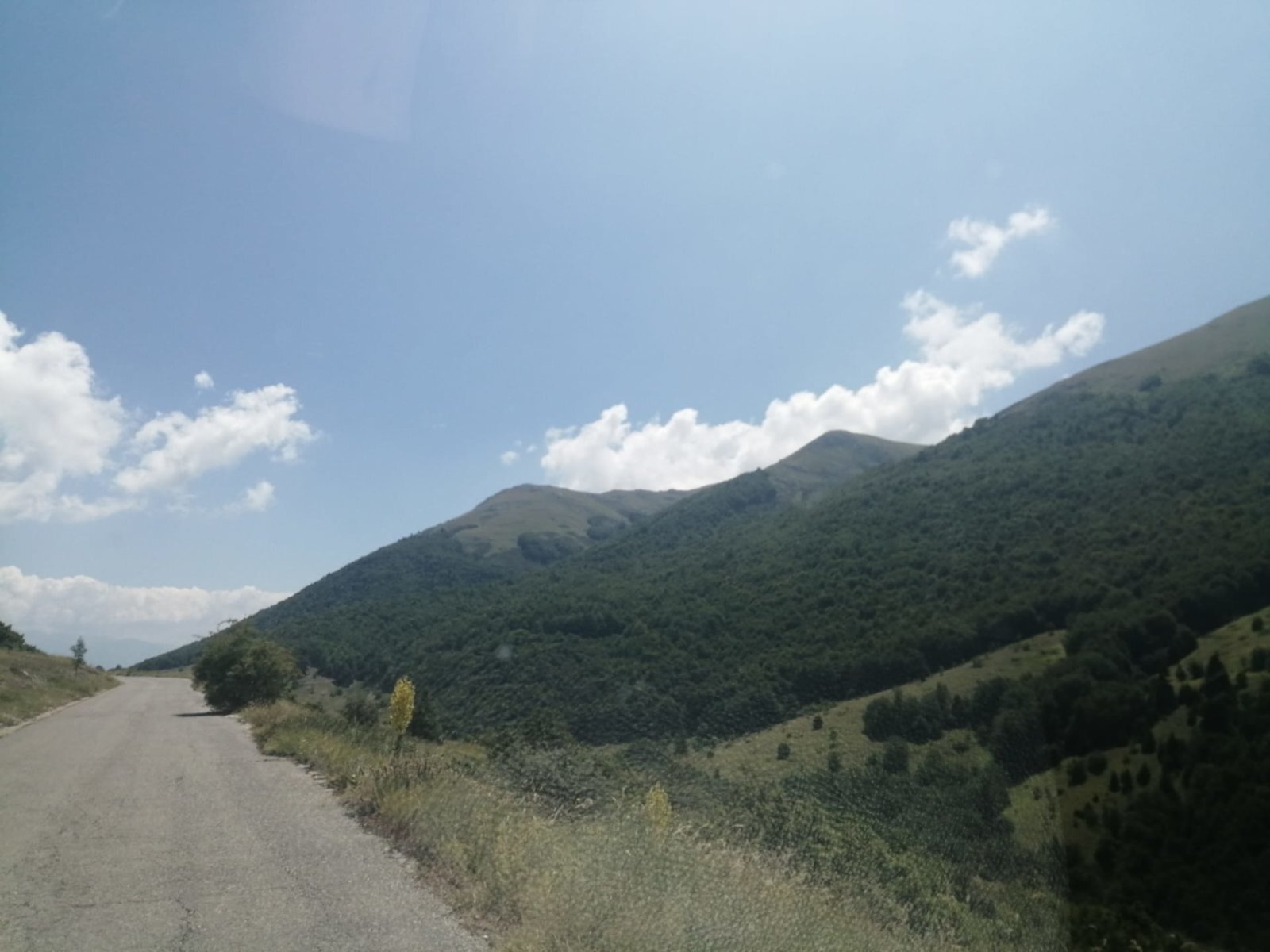 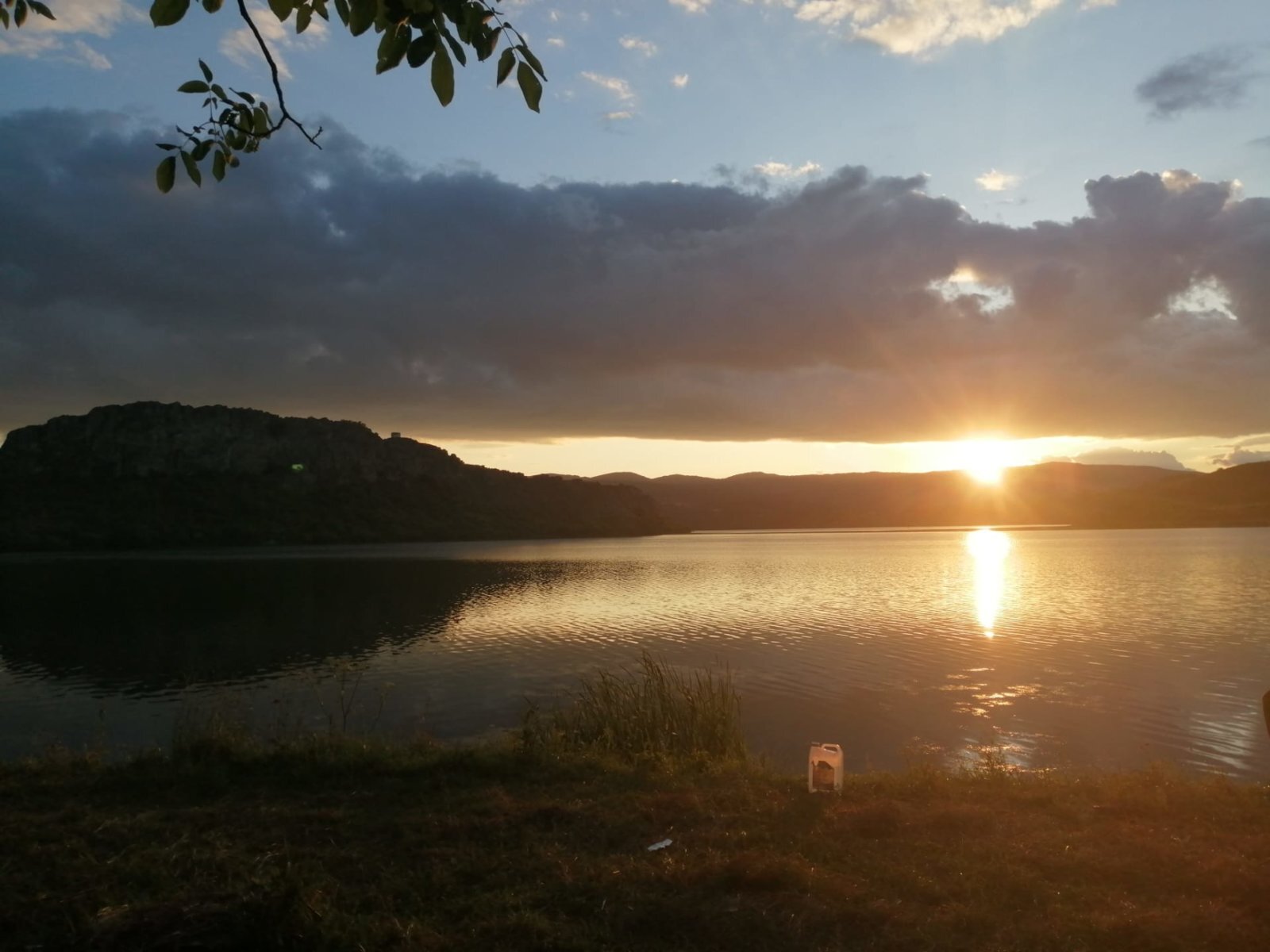 l started the trip towards Albania. First stop in Bulgaria, in site I found on the iOverlander app


we continued towards North Macedonia next daty. No issues with border crossing, the police only wanted to check our fridge

Macedonia is all mountains, very beautiful, friendly people, worth exploring more, but our target was Albania. Diesel is very cheap, 1 euro/l. roads are bad and very narrow in many places 2 big cars like ours would not fit, so you need to slow down a lit at every bend.
Next we crossed in Albania after some trouble at the border 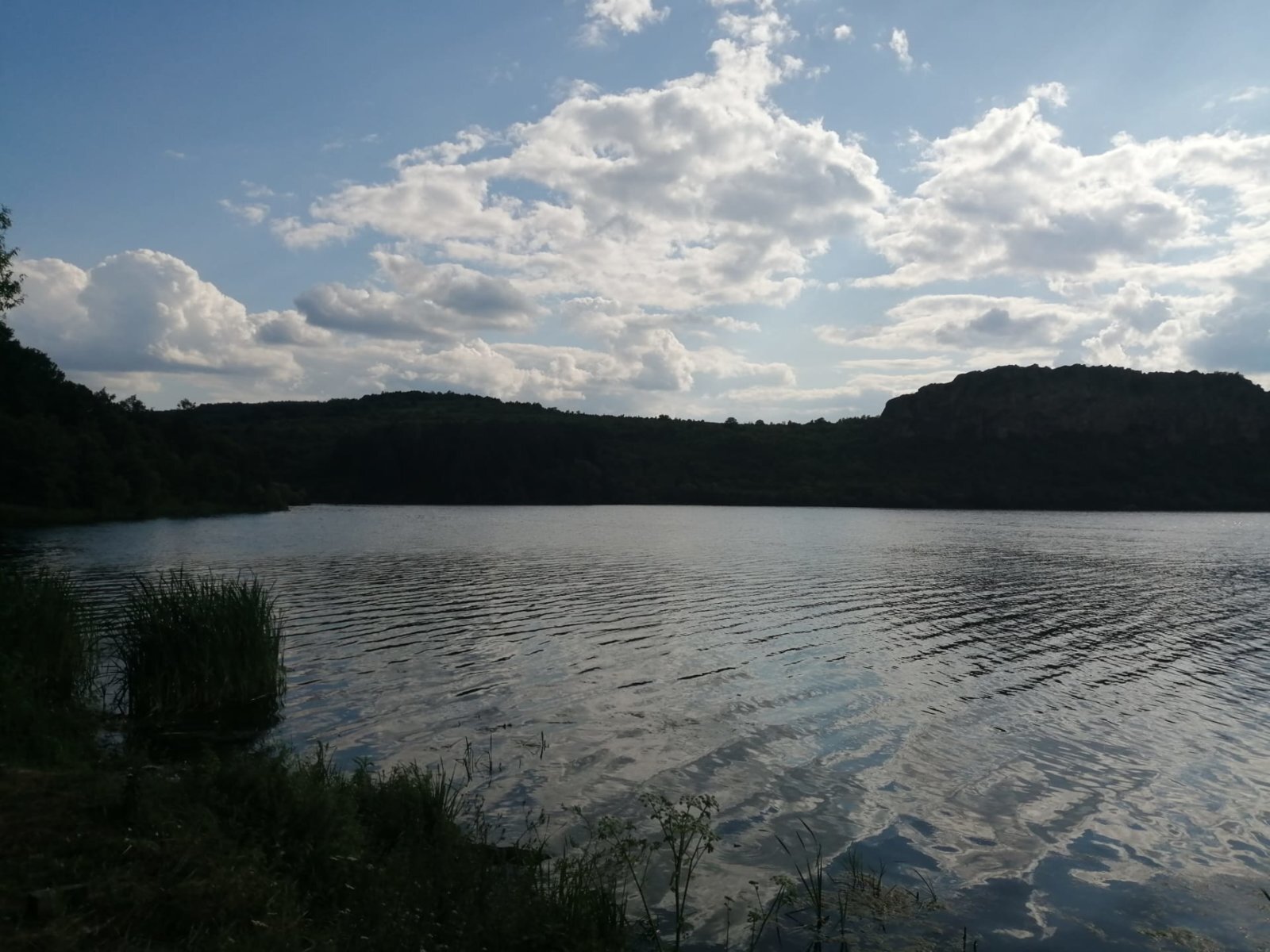 Next on to the border. with Albania.
We wanted to take the scenic road towards the border, crossing the Galichica National park. It is a gorgeous road, right up there with the best ones in the Italian or Austrian Alps. Will post pics after I download them from the camera
Because we took the scenic road we arrived on much smaller border post in Stenje. If you gave a green insurance card it is valif still in Macedonia, but not Albania. We were told you have to buy it at the border. It is 49 euro for 2 weeks . At big border crossings they make it on spot. Not the case here. The boss there spoke english and he found a solution. He called a company, sent over copies fron the car registration and ask a guy he knew to make the insurance with the promise he will pay it. 1h later we had a copy emailed that the guy printed . He gave us his phone number in case the police gave us trouble because we do not have the original. He did not ask for anything, just the money for the insurance. This kindness saved us many hours of driving . So far first impression of Albania.. great people
pics with the road near the border towards Moglice, our first stop. 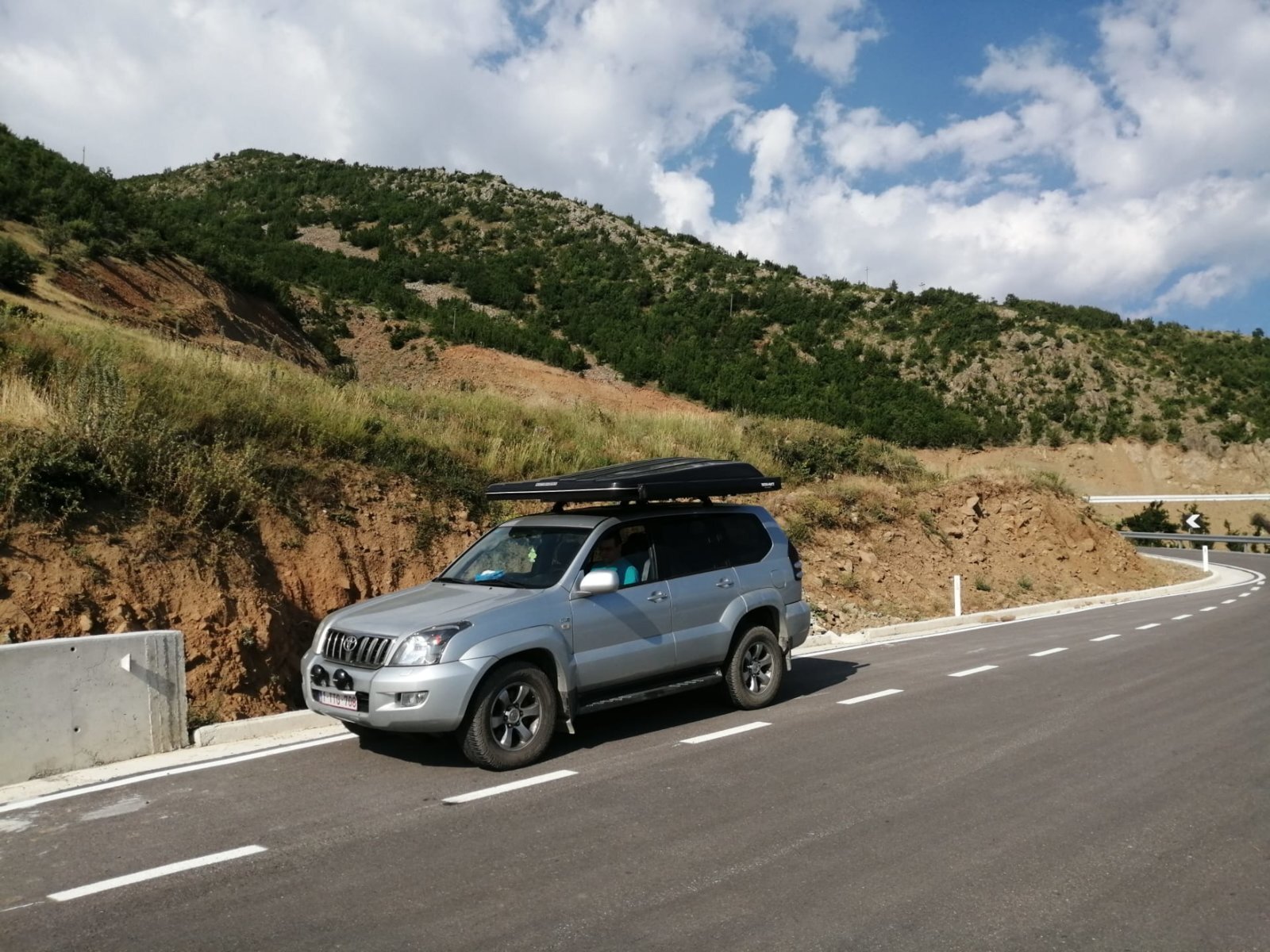 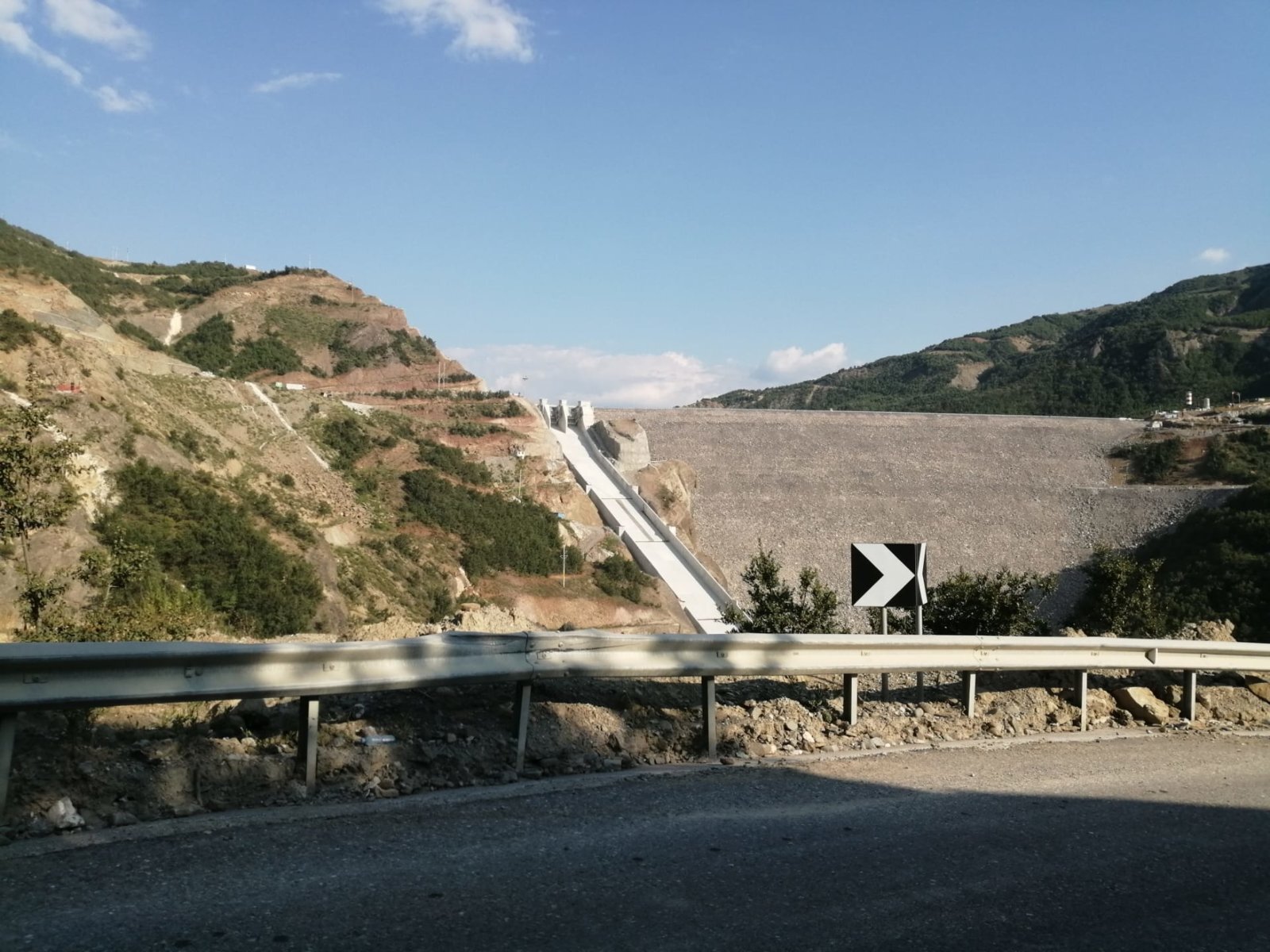 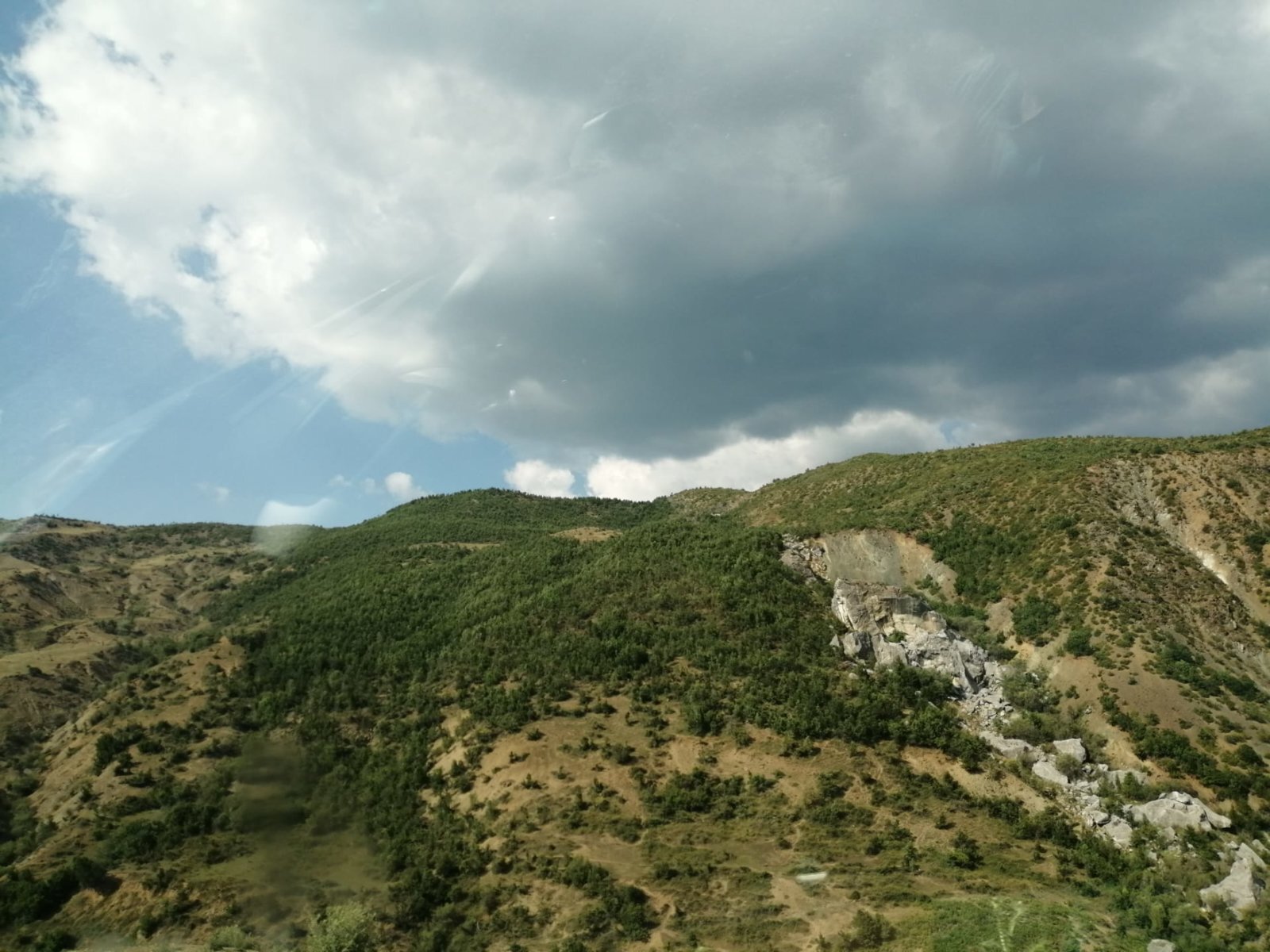 I got back from the holiday, but bearly ..

The EGR valve got clooged up, now, when I was on holiday, with no sign of fault in the 20k km I did before ..
Simptoms.. increased fuel consumption at first ( in Albania I reached 14l/100 km) and than a big loss of power Basically I was able to reach more 100 km/h only downhill..

All shops closed, a found a Toyota specialist in Montenegro , but they said the valva needs to be replaced and will take between 8 -14 days to get the part. I had friend in Croatia who tried to made an apoitment for me.. no joy.. al busy... so I cut my trip short and limped back home.


Otherwise the trip was reallyt nice. I went trough North Macedonia, Albania, Montenegro.
Most time I spent in Albania and Montenegro . North Macedonia was defenetly worth exploring more , and I am sorry I did not spent more time there.

Some pics from the trip. 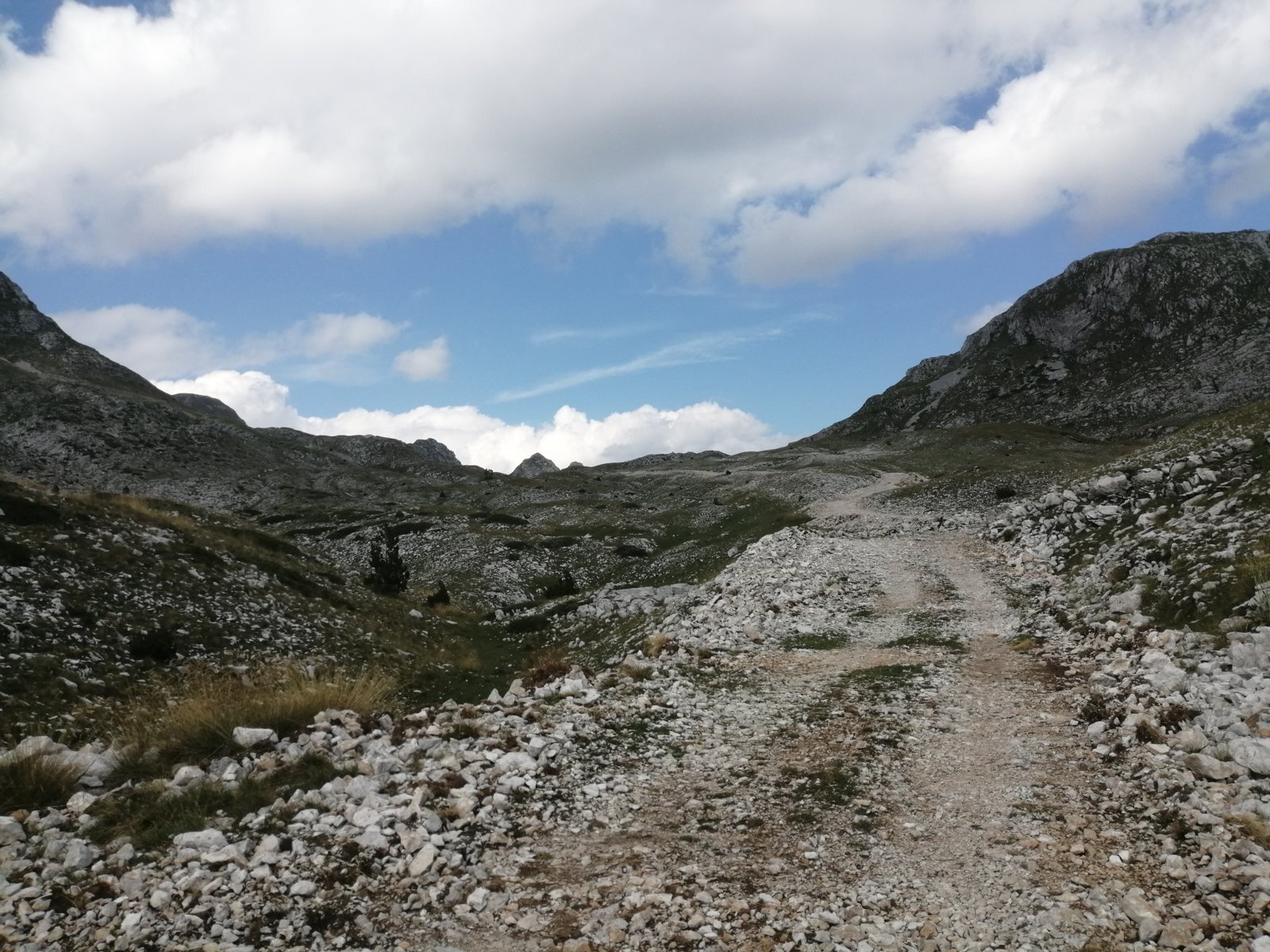 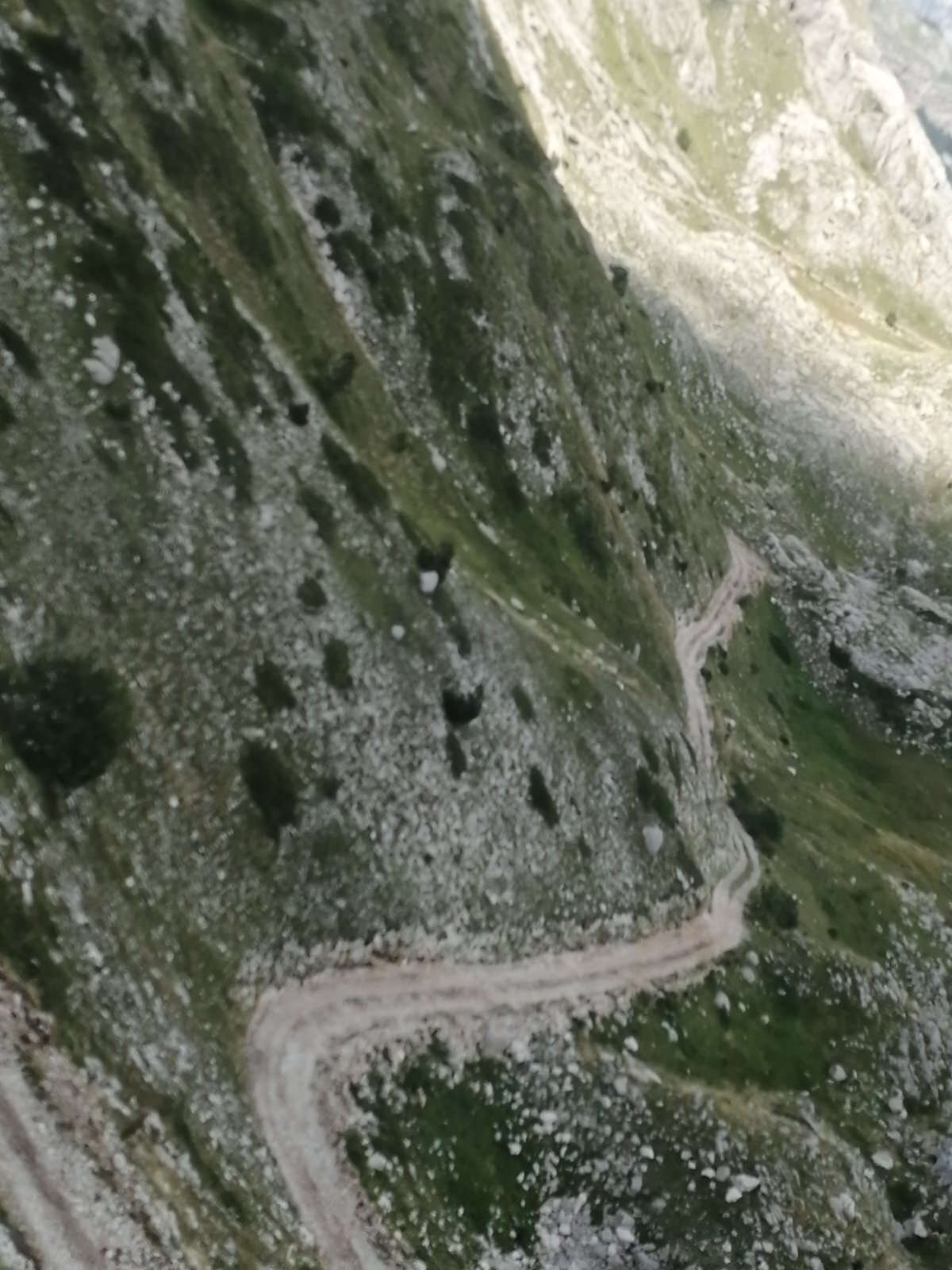 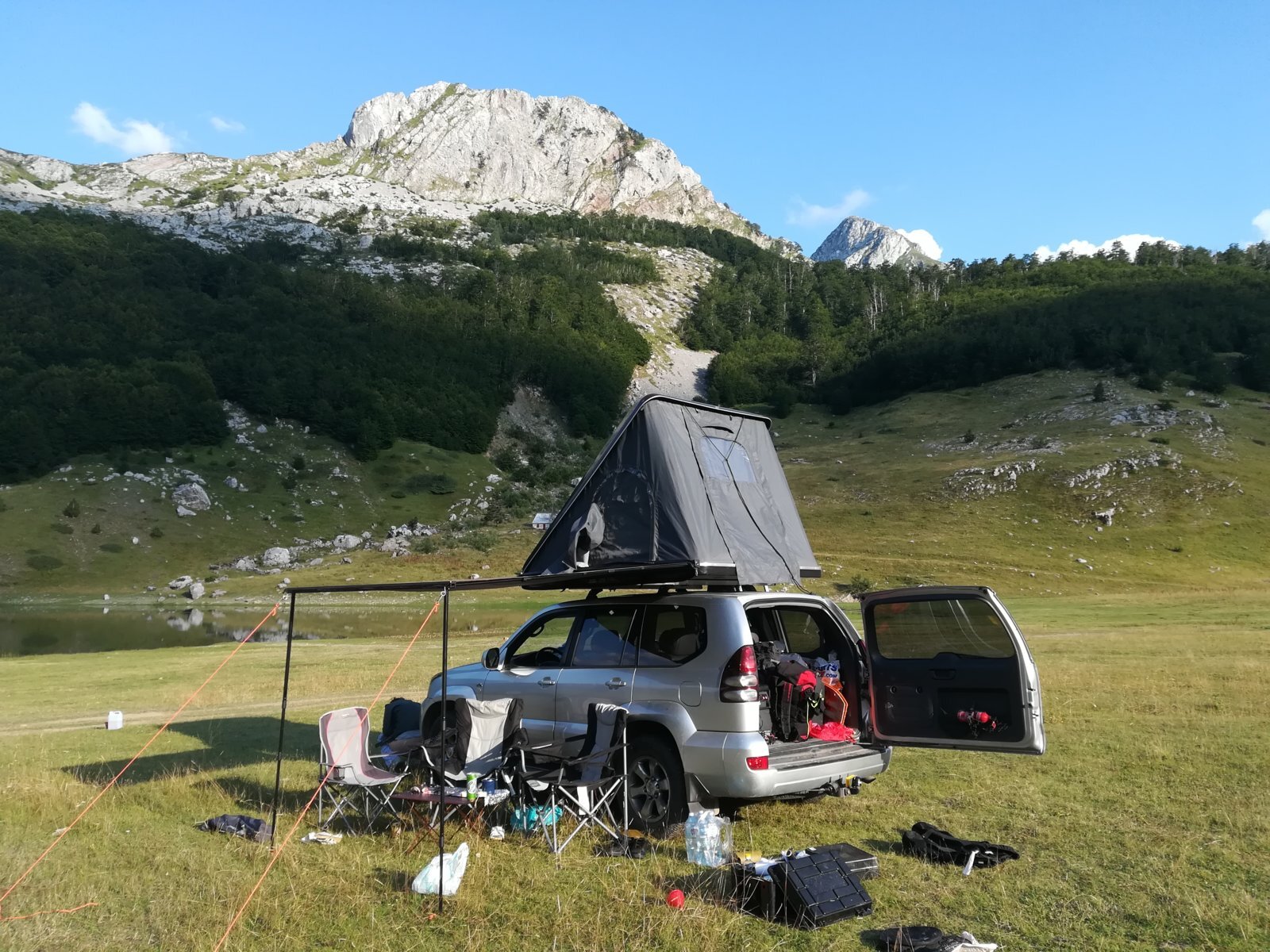 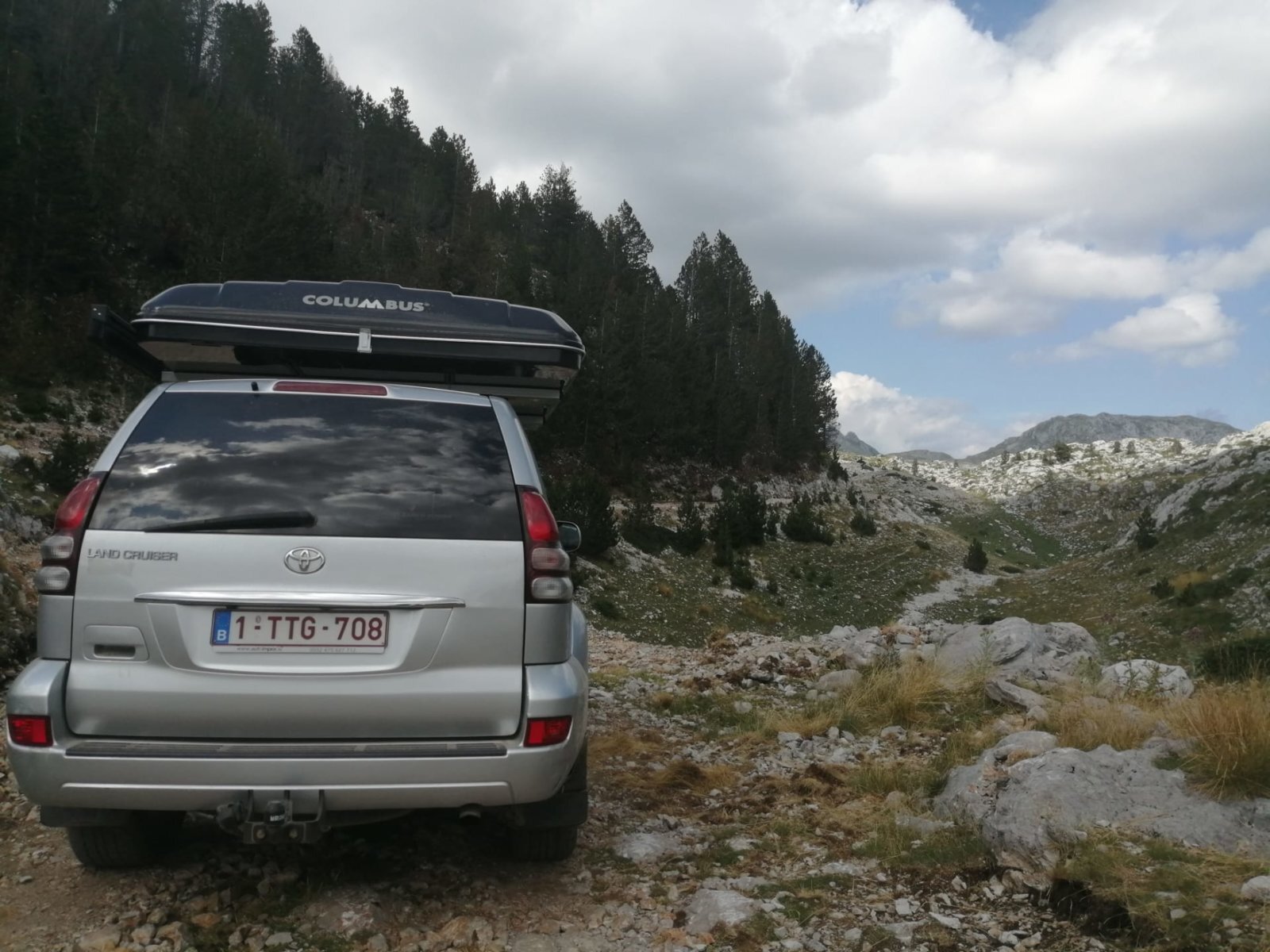 In Albania i did some of the most scary trails I ever seen. After a 60 km track that was listed as Moderate, but that was in 2014 as I found out, and it was nothing but moderate , full of sharp rocks and the road torn from rain, extremly difficult, each km was a struggle, we finally reached asphant and first village in 6 hours.
We eat lunch at a restaraunt, and set the navigation towards a coast resort, we had enogh off roading for that day . We had 2 options a longer route, 250 km or shorter one 175. This was on google maps. It took us a some absolutly deserted off road tracks, and completly scary. At some point I had to go arround a fallen tree and went a bit of the edge of a cliff with 1 wheel up in the air over a 200 m drop..., basically my wife jumped out of the car. Managed to get out tough ...

The biggest issue was that we were not prepared mentally for another grueling road , we were expecting a nice scenic drive towards the coast but that is goolge maps for you..

When we finally made it back to civilisations and we saw asphalt road a couple of km ahead, no asphalt yet but extremly easy for a landcruiser, we meet with some young italians in a Ford focus, navigating with goole maps as well, going in the opposite direction, asking us if the road improved ahead . I told them that i bearlly made it and they should turn back imedatly.. I hope they listened..

Nevertheless, some of the roads in Albania stand right up there with the most scenic roads in the Alps...
No isses with camping anywhere.

The pic with the coast is with Gjipe beach, you can only reach it with a serios off road vehcle. Most locals come by foot, a few km from a place where you can leave your car. It was like a small overlanders meet up, a lot of germans in Landrovers from defender up to a slovenian familly in a Range Rover Sport with an RTT on it

. Some pick ups as well. Very nice atmosphere there, and we sharted stories, experiences with equipment.. etc.. There was even a guy from Ukraine in a Pajero amazed at an RTT ( he nerver seen any live ) and who had normal road tyres and of course a flat... no spare left..
When I sort trough the photos I will post some more.
Last edited: Aug 18, 2019
L

Status of the car
So basically 100 km from the border with EU was impossible to get any parts for a Landcruiser in less than a week. They did not even had CV boots in less than 4 days..
So this legend with availability of spare parts all over .. maybe a few years ago.. but not anymore.. they have like 3 centers arround the world and ship from there..
If it is someting a bit more exotic than an alternator or some of the more common parts, basically unless you can limp home like I could, youre screwed.

The new engine skidd plate is good, but took some fo the ground clearence because of the shape, so it got used a lot..
Front shocks are almost gone.
Good news is the while on holiday I got a job offer in Luxembourg. That means I will no longer be forced to sell the Landcruiser because of the LEZ yayyy....... ., so I can get serious on it.

Because I lost some ground clereance and the front shocks are done, I will swap for an OME 2 inch lift. I was an idiot for not keeping the original engine shield, thiner as it was. The car now is in a shop to have the intake cleaned and EGR valve changed. After that it will go to a 4x4 specailist here in Belgium to have the suspension changed.
I also found a summer deal on a redarc BCDC charger , only 380 euro with shipping from UK. The VSR worked really well but if I am camped 2 days in the same spot, is not enough, I need to add some solar so thats why I need to switch to a BCDC.
Because I will loose the air suspension, it means I can switch to only one starter battery and move the auxiliary battery in front.
That means I can lose some weight and gain some more space in the trunk.
I saw that drawer systemes are getting chepar, so maybe next year I will install one.

Re you EGR valve its worth having that cleaned first. Mine was quite dirty, but cleaned up OK. . 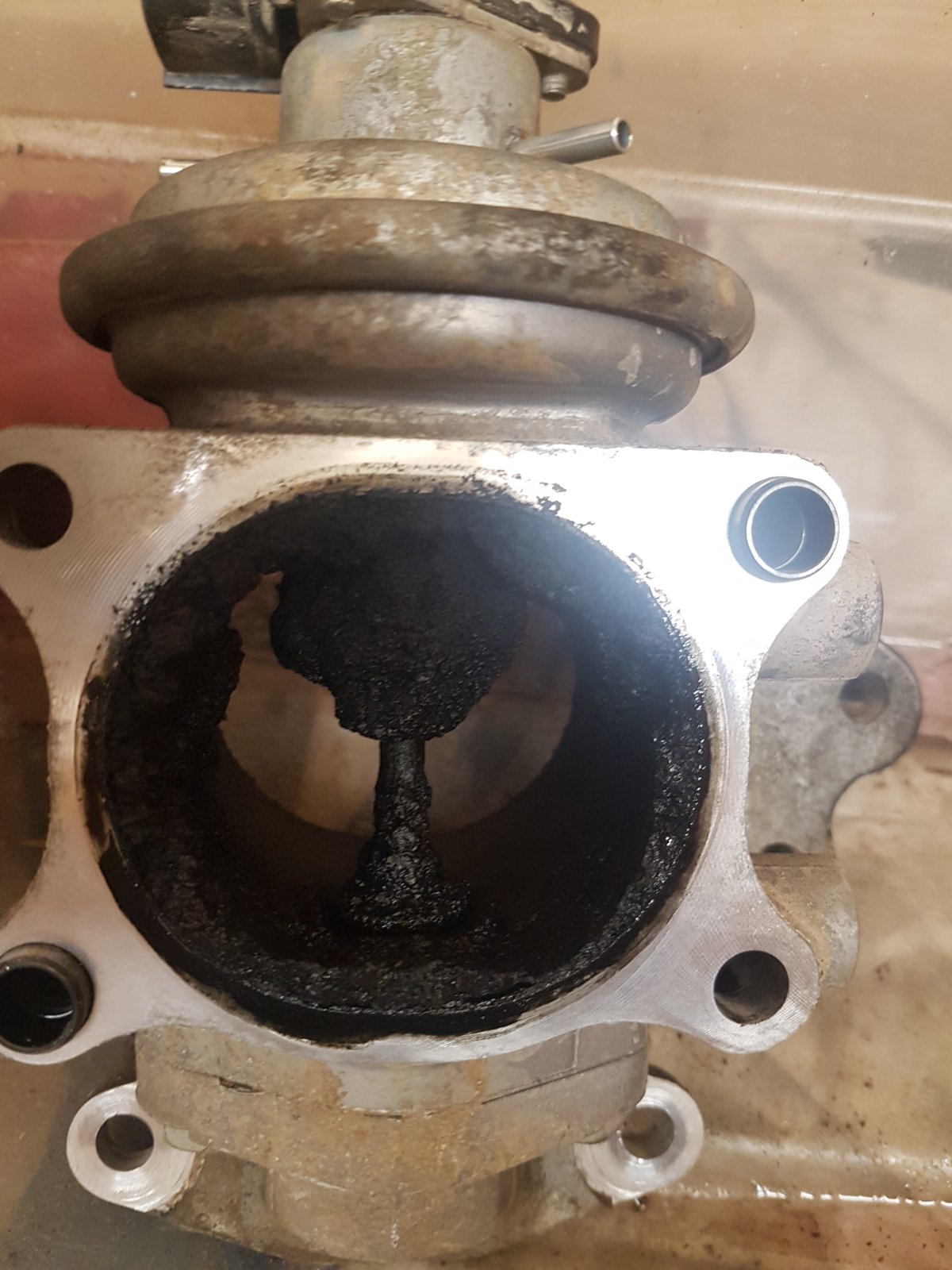 Than you. I know 99% of the times you can get away with cleaning it.
I wanted to be done fast, so I can still be able to do some week-end trips while the weather is good. The only shop who received the car immediately without a 2 week appointment was a toyota dealer where I bought my daily driver... and they said they need it to replace it..
I am also having the diesel filter replaced and the oil in the automatic gearbox.
But anyway.. the car brought me home 2000 km and not only that, some very tough trails with half of engine...
I really hate diesels.. I wish I had the option for a petrol one, not possible in Belgium tough, the tax will be 4000 euro per year or something...
Last edited: Aug 18, 2019
L

The car is out of the shop now.
They changed the EGR valve, it was not obstructed that bad, it was actually better than the one posted by ToniP but the sensor failed, so they had to replace the whole thing. Cleaned all the intake as well.
I changed the oil in the AT and new diesel filter. The valve was 412 euro + the other small parts( diesel filter and oil ) and with labor, a grand total of 942 euro.. so not bad considering this was done at a dealer. To give you an idea, a simple inspection with oil and filters changed on my hybrid was 300..
Now it pulls really well, the idle is smoother and the fuel consumption seems better.
On Monday I will take it to the 4x4 Specialist for the suspension change.
Last edited: Aug 23, 2019

Glad you got it fixed.
L

So I went to do the MOT ( in Belgium is called CT ) and failed. Leak on the break system at the front left wheel.
My wife calls it very often land rover instead of land cruiser.. I think it is starting to rub off on it..

THose trails in Albania look pretty rough, sharp limestone rocks.
Wild camp spot looks great.
Shame about the EGR valve issue, but looks like you had a good adventure
My wife has jumped out of our Landcruiser in past and also Hilux, when she has got too scared on difficult trails.
L

AndyCook said:
THose trails in Albania look pretty rough, sharp limestone rocks.
Wild camp spot looks great.
Shame about the EGR valve issue, but looks like you had a good adventure
My wife has jumped out of our Landcruiser in past and also Hilux, when she has got too scared on difficult trails.
Click to expand...

Small comfort but I my wife will be glad she is not the only one..

Sold the Landcruiser.. I am buying a new Hilux, it will be delivered first week of March.
For the kind of km and traveling that I do a new vehicle will be more reliable..
You must log in or register to reply here.