Programming a replacement remote fob on a 3.0TD version Colorado

Having recently bought my 98 Colorado with two keys but only one remote fob, I have just bought a second remote fob (ebay £20) and obviously it needed programming to be recognised by my car's ECU.

In case it helps anyone undertaking the same, here's what you need to do, if all you are looking to do is programme a new/second hand remote fob that is alien to your car (this is NOT a guide to programming the actual keys):

2. Look into the dash and you will see a substantial steel bar that runs across the width of the car. Behind the area occupied by the radio and slightly towards the near side, you will see a black plastic box which is partially 'framed' in a metal case and you will also see that it is partly wrapped in black sponge. This is the ECU for the immobiliser and there will be a sticker on it saying 'TVSS'. The ECU is cable tied to the front side of the aforementioned steel bar.

3. Snip the cable ties so that you can start to pull the ECU outwards towards the hole where the radio lives. I found that there wasn't enough slack in the cables to do this, so I removed the lower dash under the steering wheel, so that I could detach the immobiliser flashing lamp (mine is mounted in a switch blank in that part of the dash). You can also disconnect a white cable connector that leads back to the ECU itself. I then also removed the glove box and black plastic trim that is fixed (three screws) between the glove box and the underside of the passenger airbag area as this gave me access to the main set of cables that go to the ECU. I snipped some more cable ties to release a bit more slack and eventually got the ECU far enough out of the dash to start dealing with it.

4. You will see that the cable connectors that go into the ECU are protected by a metal plate. If you peel away the black sponge, it becomes apparent that this metal plate is held in place by a small screw and a rivet. Remove the screw and then drill out the rivet (this is why you needed to create enough slack to get the ECU out of the dash). You can then slide off the metal plate from the ECU and if you peel back more sponge, you will see a small green 'reset'button. There is no need to disconnect any cables from the ECU body.

5. Put your key in the ignition and turn to the 'ACC' position.

6. Have your new remote fob handy

7. Press and hold the green ECU reset button for more than two seconds and you will see your immobiliser security lamp light up and stay solid. Release the reset button and the immobiliser light will stay solid for 5 seconds, and then it goes out. You will need to re-programme the fob during this 5 second period.

8. Within the 5 seconds (while immobiliser security light is solid), simultaneously hold down BOTH buttons on your new fob, until the indicators on the car flash.

9. You're done !! Just test that all your fobs work ok, then put it all back together. I stuck in a self-tapping screw where the drilled out rivet was, re-cable tied the ECU and cables back in place and reassembled radio and dash (making sure any connectors were plugged back in). Apparently, the ECU can only be paired with four fobs and I believe the latest four will just replace any previous pairings.

Apologies if someone has already posted this advice, but I couldn't find a guide when I searched - although the process for re-programming a remote that had just lost it's pairing with it's own car is well documented. I cannot say how the process might be different for the D4D vehicles I'm afraid.

Hi, I need to do the same thing but I cannot find the ebay seller of the remote fob - all I seem to get are the empty cases for sale. Do you have the link to the seller please?

I sent this guy my broken fobs and they came back good http://www.ebay.co.uk/sch/st.helens.keys/m.html?_nkw=&_armrs=1&_ipg=&_from=
Reactions: ren

farmerboy said:
Hi, I need to do the same thing but I cannot find the ebay seller of the remote fob - all I seem to get are the empty cases for sale. Do you have the link to the seller please?

I've just done eBay search on 'toyota remote fob' and there are a couple on there which match my type.I appreciate there may be other types though. Here are the links (one of them has just four hours left as I write):


There were three eBay adverts when I was looking for a replacement, so presume these do come up fairly regularly.

Alternatively get your existing fob(s) repaired as Shayne suggests.

I found this very useful and it worked for my 99 KZJ95 (took a couple of goes so my timing probably wasn't quite right). Also my father had fobs fixed for his SEAT by the St Helens Keys dude recommended by Shayne and he did a great job.
Thanks very much guys.

Can this not be done via techstream?

Many thanks to knicko for the original post, helped me considerably today. I had to reprogram a remote fob after I had left the battery out of it for three weeks while I replaced one of the switches that had become "sticky".

Took a couple of pictures of the elusive green reset button. 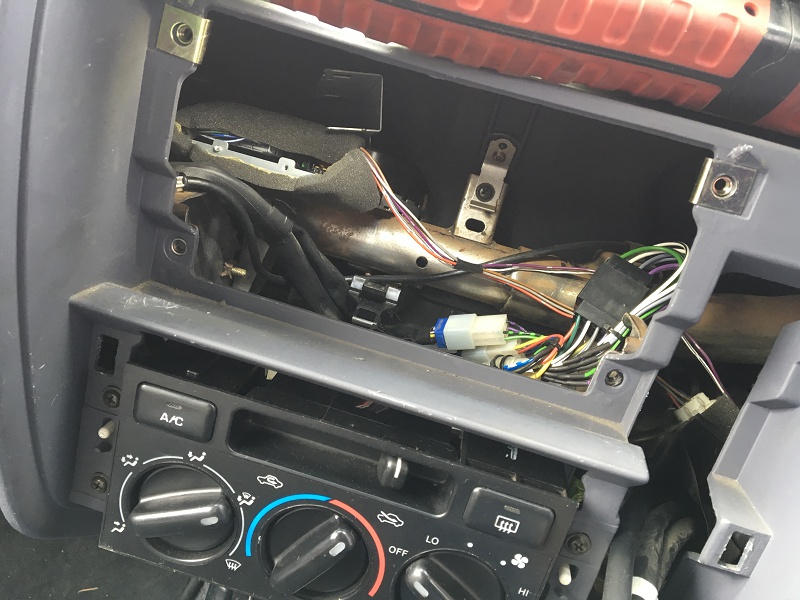 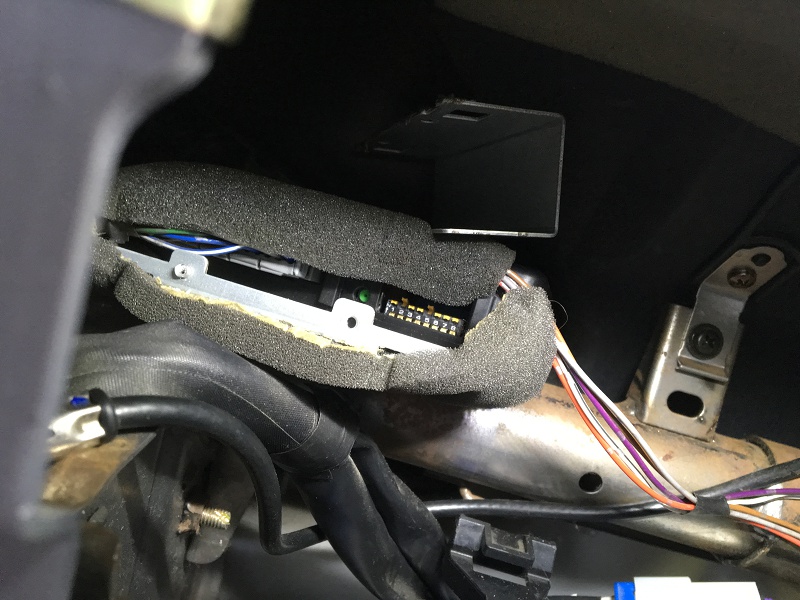 The remote buttons are available from CPC-Farnell for 34 pence each (five minimum order); they call them tactile switches, order code sw04414 if anybody needs them. 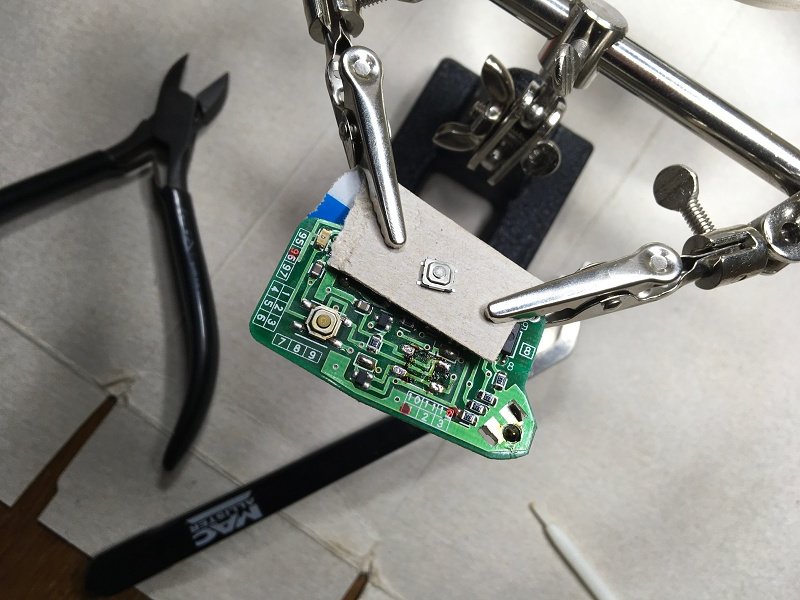