A newbie here needing some advice with this broken ABS Sensor "casing?".

Can anyone recommend some products and the method to glue/bond this back together.
The sensor itself is fine, the casing broke when trying to undo the bolt (pictured) for the bracket which holds the wire connecting to the ABS plug.
I needed help from a dremel in the end to get the bolt and broken pieces free from the bracket holding the wire.
Any idea where I could get a hold of that nut.. do I need to replace this, old bolt screws in fine in current state. 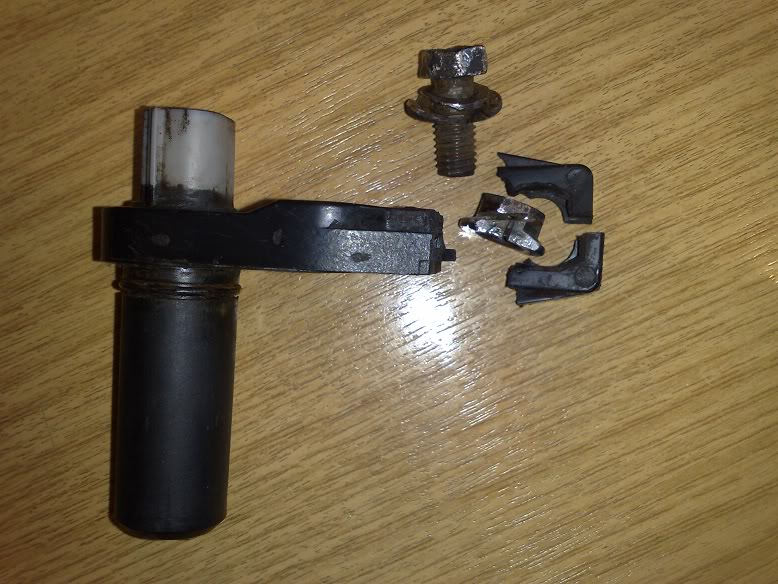 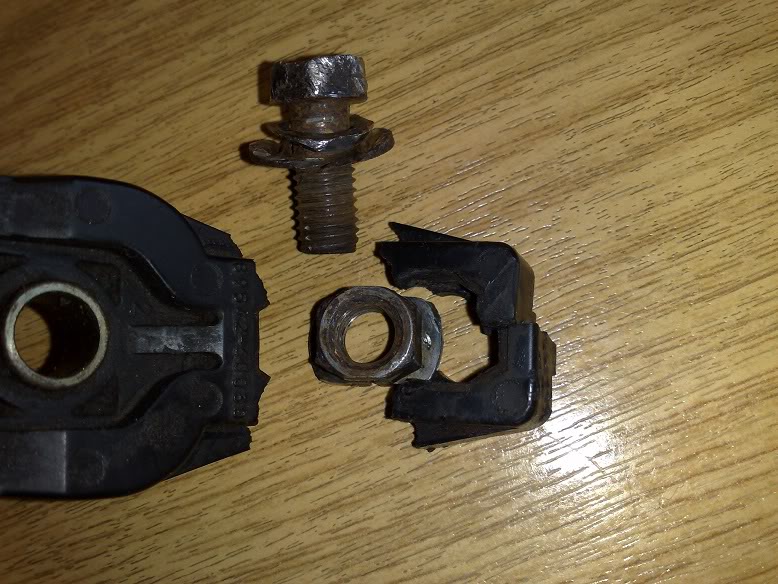 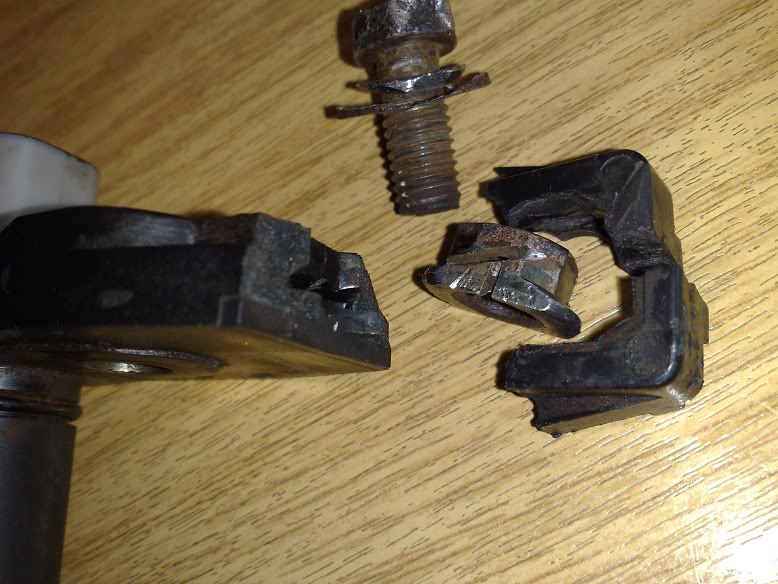 I don't have an '80' and your ABS Sensor is different to those on my '90', so I don't know exactly what your bracket looks like.

Looking at your pictures you appear to have the sensor mounting intact and all you need is a method of holding the cable to a bracket . .

I would be inclined to make a new bracket, held down by the Sensor mounting bolt and then bolt that and the cable to your existing bracket. I'd use new stainless nut/bolt/washers for the job instead of re-using the old stuff that will just sieze again.

If that isn't an attractive option, I have found a hot glue gun to be very good in these situations as its far less brittle than 'Superglue' and, unlike 'Araldite', can be softened and re-positioned using a hot air gun.

If you have to use the special nut, I'd run a thread-cutting tap through it and give it a coating of 'Copperslip' before glueing it into the mounting. Then I'd use a new Stainless bolt (or Setscrew).

I can't be sure of the bolt size, but it looks like an 8mm shank (normally a 13mm spanner, but in Toyota World its probably a 12mm

Check out the new Super Glue two part compound for hard plastics. I used it to stick a door mirror back on. It comprises a pen with a prep sealant in it which you apply to the broken edges. Then you apply the normal superglue. It works a treat. All those oily, porous plastics that you couldn't fix before now can be mended. OK, you don't want to crank down on that lug too hard once you have put it back into the hub, but it only needs nipping anyway. Some of the ABS sensors are on a metal bracket. For the price of them, that is a cheap and nasty 'improvement' from Mr T. You could use a spreading washer underneath, maybe glued on for extra support. Alternatively you could make a metal bracket that simply picks up off the sensor mounting bolt that goes through the sleeved hole.
The thread sizes are as Bob says.

Gorilla Glue. Sticks just about anything. I have even repaired motorcycle engine cases with the stuff and it works a treat.